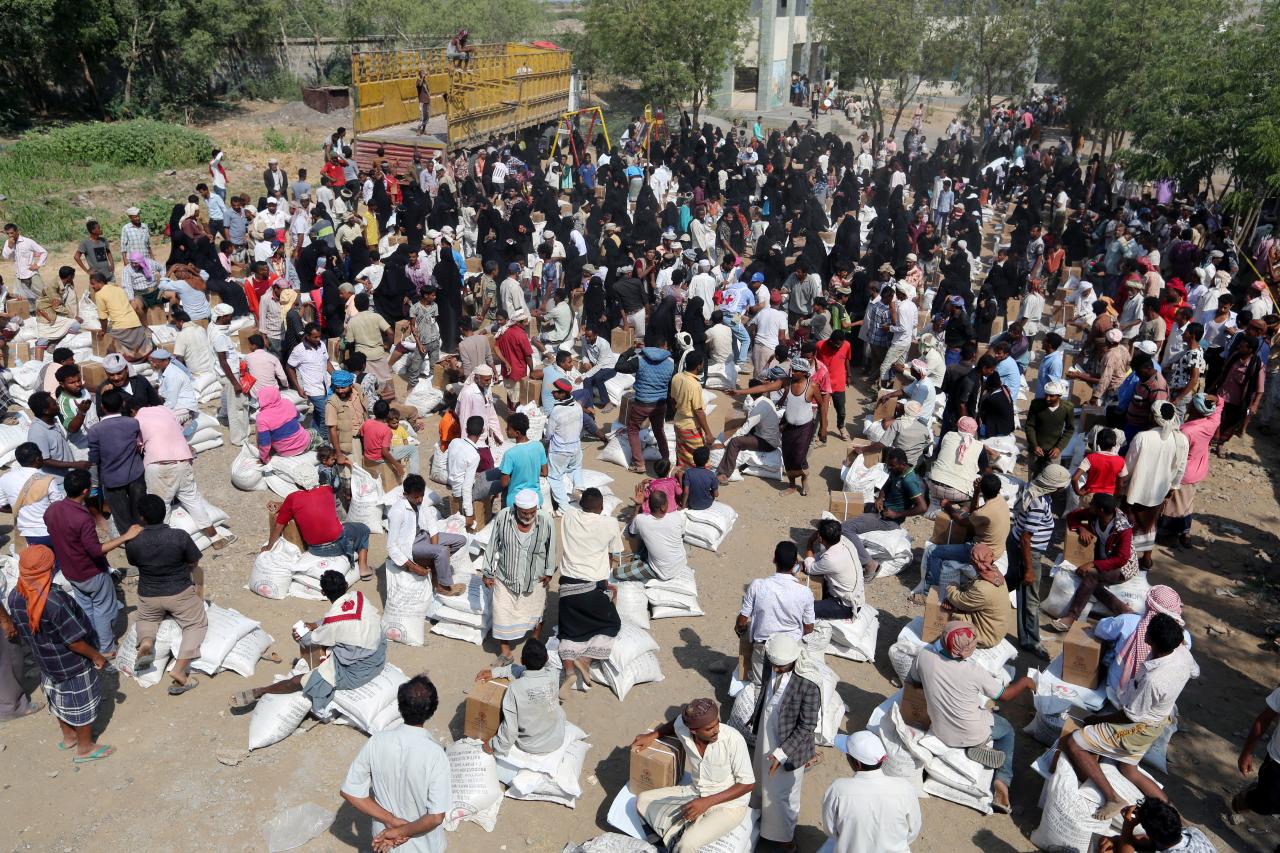 GENEVA (Reuters) – The UN food agency delivered emergency food and vouchers for over 9.5 million people in Yemen in December, just shy of its 10 million monthly target in the famine-threatened country, a spokesman said on Tuesday.

“We were at a bit less than 10 million because the actual situation slowed down a bit the distribution in some areas. The security is not as good as expected in some areas,” World Food Programme spokesman Herve Verhoosel told a Geneva news briefing.

“Some of our trucks were also stopped for longer than usual in some security checkpoints.”

Verhoosel later clarified that the figures represented food aid that was “dispatched” to local distribution centers across Yemen but not all had been handed out to recipients yet.

The WFP, which got supplies to 7-8 million Yemenis in November, is trying to reach as many as 12 million people at risk of starvation. In December it said that some food aid meant for Yemenis was being stolen and sold in some areas controlled by the Iran-aligned Houthi militia.

UN-brokered peace negotiations between the Saudi-backed Yemen government and the Houthis held in Stockholm last month yielded a shaky ceasefire deal in the lifeline port city of Hodeidah.

In January, the WFP managed to deliver food to more than 10,000 families in two hard-hit areas of Hodeidah – Tahita and Duraihmi – for the first time since July, thanks to a reduction in fighting, Verhoosel said.

“The truce is inconsistent, there are still some sporadic problems in and around Hodeidah.”