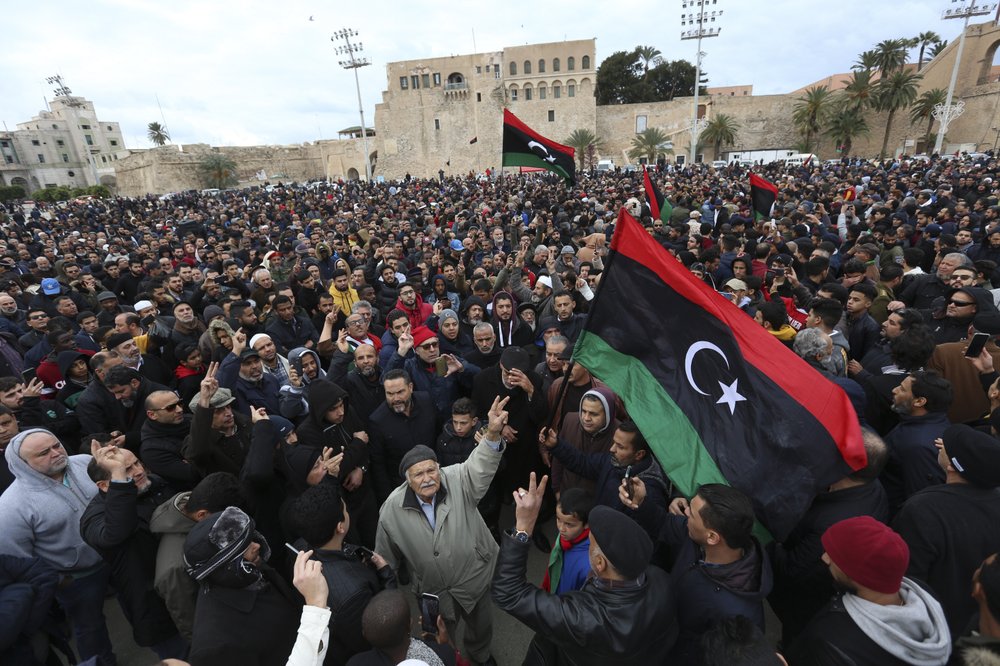 CAIRO (AP) — Libya’s United Nations-supported government has welcomed Russian and Turkish calls for a ceasefire in the country’s ongoing civil war, though its rivals appeared cool to the intervention and refrained from endorsing the idea Thursday.

The Tripoli-based government led by Prime Minister Fayez al-Sarraj released a statement late Wednesday expressing its full support of “any serious calls for the resumption of the political process and the elimination of the specter of war.”

The calls for a stop to the fighting came amid a flurry of diplomatic activity by European powers Wednesday. Turkish President Recep Tayep Erdogan and his Russian counterpart Vladimir Putin released a joint statement after a meeting in Istanbul calling for a Jan. 12 ceasefire to the battles between forces loyal to Sarraj’s government and the eastern-based Libyan National Army, commanded by ex-general Khalifa Haftar.

Haftar’s forces have yet to officially respond to the Russian-Turkish ceasefire calls. Brig. Gen. Khaled al-Mahjoub, head of the LNA mobilization department told The Associated Press that military operations are ongoing around Tripoli and the coastal city of Misrata. He said that any truce “is a matter that only Commander Haftar can decide on.”

Libya is currently governed by dueling authorities in the east and in the west. The east-based government, backed by Haftar’s forces, is supported by the United Arab Emirates and Egypt, as well as France and Russia. The western, Tripoli-based government receives aid from Turkey, Qatar and Italy.

The fighting has threatened to plunge Libya into violent chaos rivaling the 2011 conflict that ousted and killed longtime dictator Moammar Gadhafi.

In their joint statement, the Russian and Turkish presidents did not mention the conditions of their suggested ceasefire.

“It is more like a statement of intent from Russia and Turkey, rather than a deal that is certain to materialize,” said Claudia Gazzini, a senior analyst with the International Crisis Group in Rome. She said that any Tripoli-approved truce would require Haftar to withdraw from areas surrounding Tripoli, which is unlikely to happen.

Since the outbreak of the conflict in April, the Tripoli-based government known as the Government of National Accord has expressed its willingness to enact a ceasefire and to return to the negotiating table only if its rivals halt their offensive.

In recent weeks, the fighting has intensified around Tripoli as Erdogan has vowed to send troops to back Sarraj. Turkey’s parliament authorized the deployment of troops last week. Turkey has already begun sending Turkish soldiers to Libya for training and coordination.

The Turkish offer of military support is meant to counter that which Russia has been providing Haftar. An agreement between Erdogan and Putin could mean that both will scale down their involvement to avoid further escalation.

“If Turkey can assure that some military aid helping Haftar is withdrawn, there is no longer a need for Turkey to deploy massively,” said Gazzini.

After a meeting with the Algerian President Abdelmadjid Tebboune on Thursday, Italy’s Foreign Minister Luigi Di Maio wrote on his Facebook page that the E.U. must “work together with the countries neighboring Libya to find a solution to the present crisis, which at the moment sees in the cease-fire our principal aim.”

Reporting by Noha Elhennawy; Frances D’Emilio in Rome contributed to this report

Image: People attend a funeral of military cadets in Tripoli, Libya, on Sunday, Jan. 5, 2020. Health officials said the death toll from an airstrike in the city’s south on January 4 climbed to at least 30 people, most of them students, The airstrike took place in an area which has seen heavy clashes in recent months, with forces based in eastern Libya and led by Gen. Khalifa Haftar have been fighting to seize the capital from the weak but U.N.-supported government (AP Photo/Hazem Ahmed)