After attending several of the so-called “summer camps,” Samir was filled with an urgent desire to fight on the Houthi side in Yemen’s civil war.

During the camp training sessions, the 15-year-old local had heard Houthi insurgents explain their yearslong fight against the official Yemeni government from their perspective. Additionally, religious teachers had imparted the ideology behind what they saw as a holy mission, or jihad, and talked about why they were fighting to protect their homeland. God approved of their fight against the internationally-recognized Yemeni government, they said.

Moved by all of this and assured of the righteousness of the mission, Samir said that, despite his age, he was keen to fight on the frontlines himself.

Samir’s father and mother had tolerated their son’s participation in the summer camps. But when Samir told them he wanted to go to the frontlines, his father, who doesn’t want to give his full name to DW, said the family resisted the idea at first.

In the end though, they couldn’t convince Samir otherwise and eventually agreed. They admit that partially they also consented because Samir would be paid as a soldier and he was able to regularly send money home, funds the family desperately needed during the long-running Yemeni crisis. Additionally, Samir was able to come home to visit every few months.

But then, one day, terrible news arrived: Samir was dead. The teenager had been killed during fighting and other members of the Houthi militia brought his corpse back to the family. Around Samir’s lifeless forehead was a cloth upon which the word “martyr” was written.

Samir’s family is not the only one from the neighborhood in the city of Sanaa where they live to have received such news. Three other young boys, all aged 15 or 16, did not survive the fighting either. Imad, Yousef and Mohammed died during bombing and what was left of their bodies was also delivered to their families by fellow fighters. 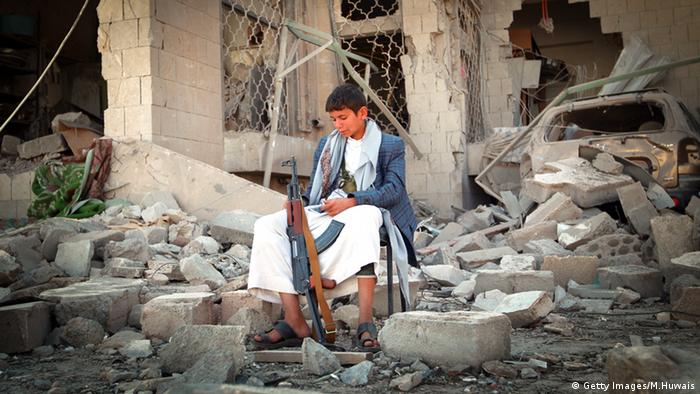 Guarding an ambassador’s house in Sanaa

The recruitment of child soldiers is without a doubt one of the most upsetting of the many human rights violations that have been documented during Yemen’s civil war.

In their annual report on Children and Armed Conflict, published in May this year, United Nations researchers counted 211 cases of children being recruited to fight in Yemen in 2020. Of these, 134 were boys and 29 were girls recruited by the Houthis.

The Houthis defended themselves against the UN report by arguing that it had been prepared by their enemies, the US and the Gulf states.

But it is not just the Houthis who are using child soldiers. The UN report also noted that Yemeni government troops counted 34 under-age fighters in their ranks too. A further 14 children were recruited by other organizations fighting there.

According to research by two organizations, the SAM for Rights and Liberties and the Euro-Mediterranean Human Rights Monitor, groups close to the Yemeni government have recruited children too, particularly in the southern provinces of Taiz, Lahj and Abyan.

Locals say child soldiers who end up in government forces get there in many different ways. There are plenty of rumors and stories about it, none of which were possible for DW to verify. 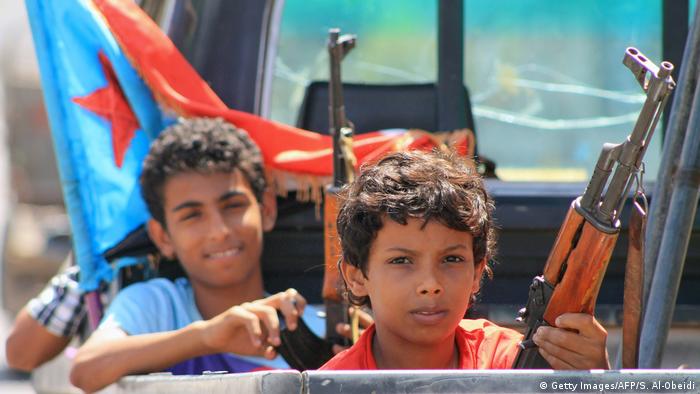 One story has it that a soldier sent his son to fight simply because he wanted the child’s wages. Another tells of older brothers who apparently encouraged younger siblings to enlist. And in another case, the son of a slain soldier wanted to take his father’s place on the frontline and continue to provide for his family.

The relationship a local family has with military recruiters or neighborhood officials also often plays a role. Sometimes there is societal pressure to contribute to the war effort too. But, as locals point out, the recruitment of child soldiers by Yemen government forces cannot necessarily be described as systematic.

This is where the Houthis really differ. The recruitment methods of the two groups are not even comparable, confirmed Tawfik al-Hamidi, who heads the Switzerland-based SAM for Rights and Liberties. Only a few child soldiers actually end up fighting on the side of the Yemeni government, al-Hamidi told DW. Most are given jobs like guard duty, he said.

It is a different story with the Houthis. According to his organization’s February 2021 study, Militarizing Childhood, the Houthi rebels may well have recruited over 10,000 Yemeni children since 2014 and the beginnings of the conflict. 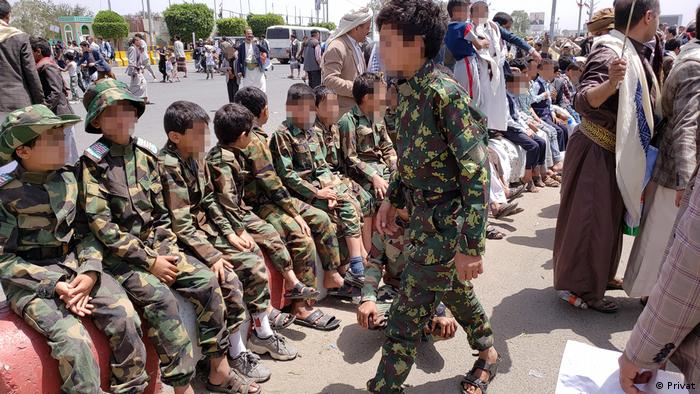 “The Houthis deliberately used the education system to incite violence and indoctrinate students with the group’s ideologies,” the study said. “They did this by giving lectures with sectarian propaganda contents and promoting military victories.”

According to the Yemeni children’s’ rights organization, SEYAJ, the Houthi militias likely run around 6,000 of the so-called summer camps, where this kind of indoctrination takes place. Each camp accommodates at least 100 children at a time. The juveniles are given combat training and often sent to the frontlines.

“Nobody knows what’s coming next”: CNN speaks with Russians trying to cross the border amid draft fears

Russia staged so-called referendums in Ukraine. Here’s what could come next.