Facebook Twitter LinkedIn
A Spanish archaeological mission working in Draa Abul Naga necropolis on Luxor’s West Bank has discovered a unique, almost 4000-year-old funerary garden, Mahmoud Afifi, head of Ancient Egyptian Antiquities, announced Wednesday.
This archaeological discovery confirms an aspect of ancient Egyptian culture and religion that was hitherto only known through iconography.
Afifi explained that the funerary garden was unearthed in the open courtyard of a rock cut-tomb of the Middle Kingdom.
The layout of the garden measures 3 x 2 meters and is divided into squares of about 30 cm.
These seem to have contained different kinds of plants and flowers. In the middle there are two elevated spots for a small tree or bush. 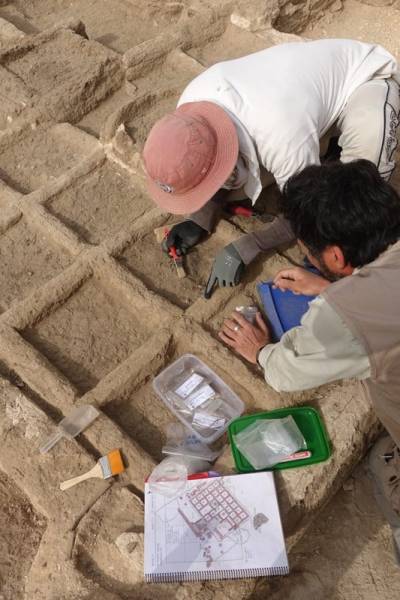 At one of the corners, the root and the trunk of a small, 4,000-year-old tree have been preserved to a height of 30 cm. Next to it, a bowl was found containing dates and other fruits, which could have been presented as an offering.
“The discovery of the garden may shed light on the environment and gardening in ancient Thebes during the Middle Kingdom, around 2000 BCE,” Afifi said.
Jose Galan, head of the Spanish Mission and Research Professor at the Spanish National Research Council in Madrid, noted that on the walls of a number of New Kingdom tombs, a small squared garden is represented at the entrance of the funerary monument, with a couple of trees adjacent.
It probably had a symbolic meaning and must have played a role in funerary rites, Galen added.
Hani Abul Azm, head of the Central Administration for Antiquities of Upper Egypt, said the mission also announced that a small mud brick chapel (46 x 70 x 55 cm) was unearthed, attached to the façade. It is located near the entrance of the Middle Kingdom rock‐cut tomb.
Inside the chapel, three stelae of the 13th Dynasty, ca. 1800 BCE, were found in situ. The owner of one of them is called Renef Seneb and the owner of the other stela is “the citizen Khemenit, son of the lady of the house, Idenu”. The latter mentions the gods Montu, Ptah, Sokar and Osiris. 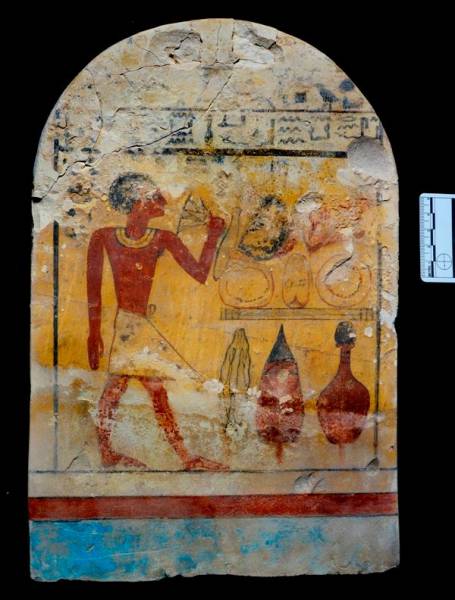 “These discoveries underscore the relevance of the central area of Dra Abu el-Naga as a sacred place for the performance of a variety
of cultic activities during the Middle Kingdom,” said Galan.
The Spanish mission has been working for 16 years in Draa Abul Naga, on the West Bank of Luxor, around the early 18th Dynasty rock‐cut tombs of Djehuty and Hery (ca. 1500-1450 BCE). 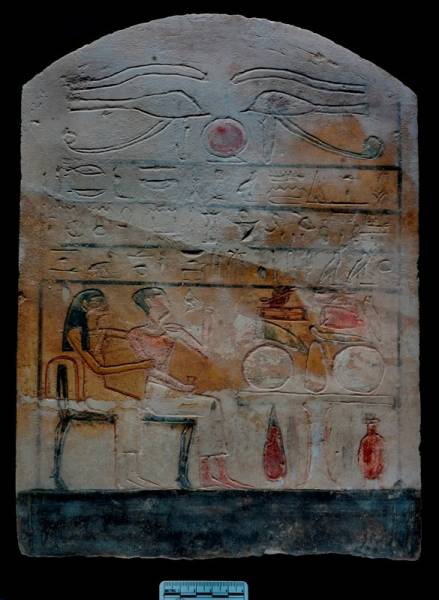 Hawass mission kicks off to uncover Pharaonic tomb in Luxor