Qena — Almost two years since the vicious attacks on Abu Fana, lying in the Western desert on the outskirts of the upper-Egyptian province of Minya, the Coptic monastery remains vulnerable as the promised protective wall–the main bone of contention in the bloody dispute between monks and Bedouins–is still under construction, and may remain so for years.

In January 2008, the first of several attacks on the monastery took place as a group of armed Bedouins invaded it and sabotaged the land around it, looting and destroying property. In another attack in May, monks were forcefully removed from their monastic cells and kept for several hours, during which they were beaten and tortured. One Muslim Bedouin was killed and several Copts were wounded during the attacks. A long-running dispute over claims of proprietorship of the land around the monastery had led to the bloody collision, which happened shortly after the monks decided to build a wall around the monastery, both to mark the area which belonged to them and for their protection.

Al-Masry Al-Youm spoke to two monks who witnessed the events, including one who was kidnapped and who insisted that he continued to suffer psychological trauma as a result of the episode. But both monks have refused to have their names published, hinting that their decision was based on a request from security officials who warned them against making "too many statements to the press." Almost two years on, their demands for protection and for completion of the wall remain unfulfilled. If they give any statements to anyone outside the monastery’s walls, "we will be accused of trying to stir sedition or reigniting religious strife," they say. " We were asked to leave the incident [in May] behind us."

Getting into the 1600-year-old monastery, home to 28 monks, was fairly easy. Lying in the desert and bordered by small villages, the unguarded Christian property is only surrounded by three walls, 4.5-meters high. It is wide open from the fourth side, making it vulnerable to future attacks from Bedouins. Despite promises by officials and the availability of church-commissioned construction workers, the fourth side of the wall was never built and a permit was never issued for its construction "because of practical hurdles," say the monks. "They keep telling us to extend the height of the three other sides of the wall. But what’s the use of extending them to up to 20 meters high if the wall is missing an entire side?"

"As long as there’s no wall or gate, anyone can come in here, just like you did. And if you’re carrying arms and ammunition and have bad intentions, no one will stop you," said one of the monks. "If they had truly sympathized with our cause after what happened [in May], you’d find a janitor or a guard asking people where they’re going and who they are. If someone comes in and kills a monk, we can’t do anything about it. So right now, our hope doesn’t lie in building walls, but in God."

After the attacks, a police station was set up 3.5 kilometers away from the monastery in the area known as Hor, but the monks seemed reluctant to believe this would provide any security. "It’s not the security people who will protect us, it’s God who will," one of the monks remarked. In the May 2008 attack, it took the police several hours to reach the scene despite being stationed six kilometers away at the time–according to news reports circulated in the media following the incident–and it took them several more hours to free the kidnapped monks and return them to the monastery. "For 12 hours, we didn’t know if anyone knew where we were," said the monk who was kidnapped, preferring not to recall details of his kidnapping since "it’s full of painful memories." He said he was forced to annul the complaint he made against the Bedouins who kidnapped him, and so did the rest of the monks, along with complaints against stolen property and damages to agricultural land which, according to them, amounted to over LE1 million.

A quarterly report published Sunday by the Egyptian Initiative for Personal Rights (EIPR) on religious freedoms and rights in Egypt mentioned the case of Abu Fana, and the seemingly forced reconciliation that followed, saying that statements by both parties had changed over the course of the dispute. The report said that attorneys for the monks and Bedouins, along with the father of the dead Muslim man, had signed reconciliation affidavits that "contained statements contrary to those given by both parties to the prosecutor at the outset of the investigation." In the new statements, the report noted, "both parties withdrew allegations they had lodged at the beginning of the investigation and renounced all their civil claims in the case."

"We had to do this," one of the monks told Al-Masry Al-Youm. "The authorities had imprisoned two of our [church] workers. They held them for a year to pressure us to compromise. And we did, just a few months back, because we didn’t want our people to be touched."

Both monks ruled out the idea of carrying or storing arms inside the monastery for personal protection, saying that resistance lies in prayer and not in using violence against violence. "I’ve left my home, my whole life, so that I can pray and worship God. If I end up doing something else, it defeats the whole purpose of being here. Then it’s better for me to leave. Montascism is not about self-defense. If it becomes too hard to stay here, we’ll have to go to court and seek legal justice. That’s the only way," he said.

The monks in Abu Fana say they are cut off from the world and that they rarely talk to people who come to visit the church. However, they have heard recent stories about the attacks against Copts in Naga Hammadi, where, last month, six church deacons and a Muslim church guard were shot dead and ten more gravely wounded following mass on Coptic Christmas eve. The attacks could have been prevented, according to eyewitnesses and observers, if security police had upped their presence around the churches. From its side, the Interior Ministry tied the incident to the November rape of a Muslim girl by a Christian man in the Upper Egyptian town of Farshout.

However, the Abu Fana monks still seem to prefer "extending a hand of peace" over aggressively pursuing justice for the dead deacons or for other persecuted Christians. One monk said reconciliation was the only solution, his words betraying an air of desperation that characterized the attitude of many Christians Al-Masry Al-Youm talked to in Upper Egypt. "Yes, reconciliation works because it’s the wisest decision," said one of the monks. "What’s the better option? Stir up a sectarian war or protect the rest of the community? Besides, if government leaders had wanted to do something about it, they would have. We’re helpless."

The incident of Naga Hammadi did not surprise the monks, they said. In fact, it sounded all too familiar to them, and for many Coptic Christians who say they’re always the victims and that they never reap justice in the end. The case of Abu Fana is in itself an example of how returning rights or offering protection can drag on for years. "Why should Naga Hammadi be any different?" one said.

An hour’s car ride away, in the heart of Minya, sentiments marked with confusion over the deterioration of relations between Muslims and Christians–in addition to anger–were voiced. The Naga Hammadi incident has opened old wounds, stirring up underlying insecurities and feelings of estrangement among many Coptic Christians, members of one of the oldest churches int he world. Peter, a young Christian man, told Al-Masry Al-Youm how "a rumor of a Muslim woman getting into a relationship with a Christian man is enough to cause fights on the streets and rifts in relations. People watch religious channels here all the time, Muslims and Christians. So much is boiling beneath the surface. And each side is glad to point out the mistakes of the other."

Peter’s claims are not unfounded. In fact, according to the report by EIPR, Minya is singled out as "the major center of sectarian violence, whether related to the construction of churches, Christian religious practice or rumors of romantic relationships between Muslims and Christians … In other cases, everyday disputes degenerated into collective Muslim-Christian violence."

Beymen Fayek, Peter’s childhood friend and fellow Copt, confirmed that tension has become the norm, when several years back relations had been stable. "But now we hear stories of sectarian clashes from Mallawi, and from here and there. But we can’t react by beating people up or by violence."

Peter, who did not disclose his last name, said that Minya’s youth did not hit the streets in protest following the Naga Hammadi incident and chose to stay silent. "Some people wanted to protest, but were forbidden from doing so. So we just spent Coptic Christmas in silence. But there was a feeling of sorrow all across the community. Our leaders told us to let the government get us our rights back. But we know that the government discriminates."

Population growth is no less dangerous than terrorism: Sisi 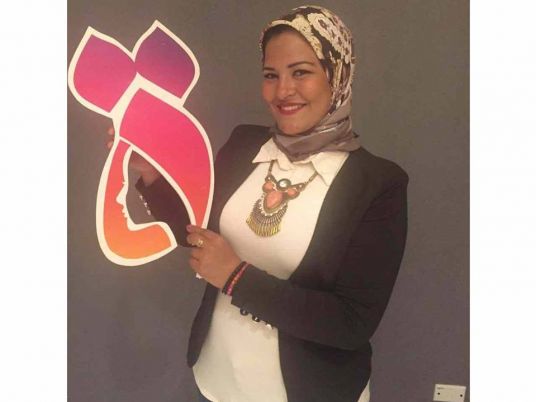