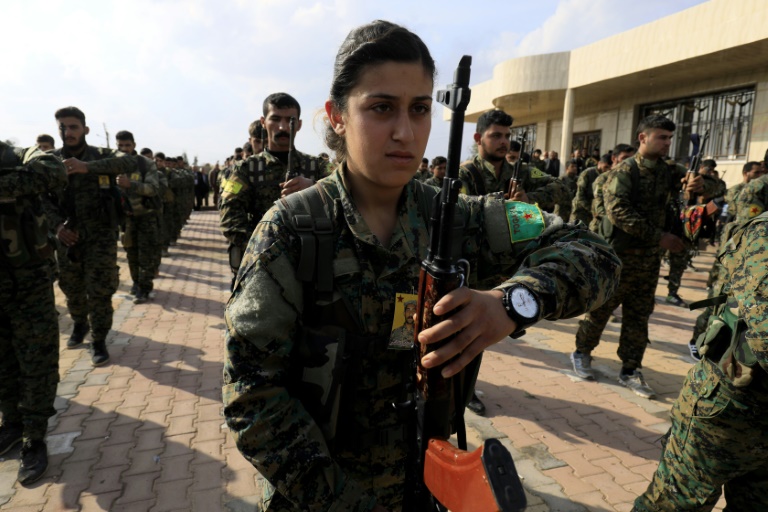 A US-backed alliance of Syrian forces announced on Tuesday it would redeploy around 1,700 fighters from front lines against the Islamic State group to a Kurdish enclave under Turkish attack.

Turkey and allied Syrian rebels are waging a weeks-long offensive on Afrin, which is held by a Kurdish militia that makes up the bulk of the Syrian Democratic Forces.

At a press conference on Tuesday, the SDF announced it would pull fighters out of areas of eastern Syria, where they have been fighting pockets of IS jihadists, in order to shore up defences in Afrin.

“We took the difficult decision to pull our forces out of Deir Ezzor province and battlefronts against Daesh (IS) to head to the Afrin battle,” said Abu Omar al-Idlibi, an SDF commander, saying his units numbered 1,700 fighters.

Idlibi spoke to AFP in the football stadium in Raqa, which the SDF recaptured from IS in October with help from the US-led international coalition.

“Our people in Afrin are our priority. Protecting them is more important than the international coalition’s decisions.”

Ankara and allied Syrian rebels launched their offensive against the Kurdish People’s Protection Units (YPG) in Afrin on January 20 and have since captured a strip along the border between the enclave and Turkish territory.

The operation has so far captured 40 percent of the enclave, the Syrian Observatory for Human Rights, a Britain-based war monitor said on Tuesday.

Eastern Ghouta: Who's to blame for the mayhem?