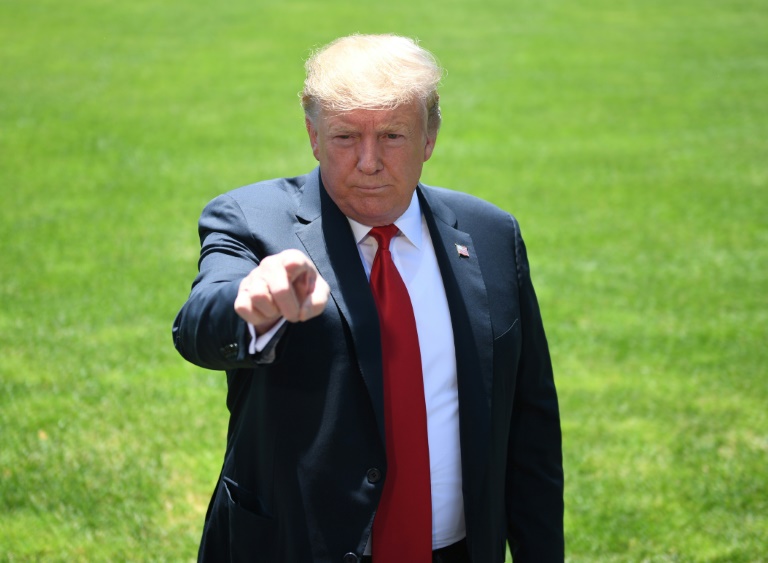 The United States said it was deploying 1,500 additional troops to the Middle East to counter “credible threats” from Iran in a move denounced by Tehran on Saturday as “a threat to international peace”.

“Increased US presence in our region is very dangerous and a threat to international peace and security and must be confronted,” Foreign Minister Mohammad Javad Zarif told the official IRNA news agency.

The escalation of the US military presence follows a decision in early May to send an aircraft carrier strike force and B-52 bombers in a show of force against what Washington’s leaders believed was an imminent Iranian plan to attack US assets.

And it comes as the Trump administration is planning to bypass congressional restrictions to sell arms to Saudi Arabia, a close US ally and Iran’s arch-enemy in the region.

President Donald Trump, who approved the deployment, called it “protective.”

“We want to have protection in the Middle East,” Trump told reporters as he prepared to set off on a trip to Japan.

“We’re going to be sending a relatively small number of troops, mostly protective,” Trump added. “It’ll be about 1,500 people.”

The new deployment includes reconnaissance aircraft, fighter jets and engineers. Six hundred of the personnel belong to a Patriot missile defense battalion that had its deployment in the region extended.

Pentagon officials said the move was necessary after multiple threatening actions and several small-in-scope attacks in May by Iranian forces, the Iranian Revolutionary Guard Corps, and “proxy” forces.

Those include a rocket launched into the Green Zone in Baghdad, explosive devices that damaged four tankers in Fujairah near the entrance to the Gulf, and a Huthi drone attack against a Saudi oil installation.

Iran has denied involvement in any of the attacks.

“Americans make such claims to justify their hostile policies and to create tension in the Persian Gulf,” Zarif said.

The initial threat came at the beginning of May, according to Rear Admiral Michael Gilday, director of the Pentagon’s Joint Staff.

The US caught the IRGC attempting to covertly deploy “modified dhows capable of launching cruise missiles,” he said, referring to small traditional boats.

“We view this as a campaign,” Gilday told reporters.

The moves “are all part of a dangerous and escalatory strategy by Iran to threaten global trade and to destabilize the region.”

“We believe with a high degree of confidence that this stems back to the leadership of Iran at the highest levels, and that all of the attacks… have been attributed to Iran through their proxies or their forces,” Gilday said, citing still-secret US intelligence.

US officials said the aim of the deployment was both to extend greater protection to the 70,000 US forces in the Middle East and Afghanistan, and to deliver a message to Iran to refrain from attacks.

“We think that through a combination of a very measured deployment of assets as well as public messaging, we are again trying to underscore that we are not seeking hostilities with Iran,” he said.

Gilday said the US moves have had some impact. When Washington first learned of Tehran’s alleged intent to launch attacks, it delivered a stern warning to Tehran “within hours” through an unnamed third party.

Since then, the threat of the missile-bearing dhows appears to have subsided.

However, the Trump administration continues to draw criticism that it has not clearly shown the need for an escalation.

Members of Congress were also angered that Trump was overriding their block on delivery of lethal weapons to the Saudis.

“All that is happening now is escalatory move after escalatory move. Trump has ZERO plan for how this ends, and that should scare the hell out of everyone.”

But Pentagon officials stressed that the US does not seek war with Iran.

“We do not see these additional capabilities as encouraging hostilities. We see them as defensive in nature,” said acting Assistant Secretary of Defense Katie Wheelbarger.

“Our policy remains an economic and diplomatic effort to bring Iran back to the negotiating table to encourage a comprehensive deal that addresses the range of their destabilizing behavior in the region.”

Image: AFP / JIM WATSON US President Donald Trump says the deployment of 1,500 additional troops to the Middle East is a “protective” move