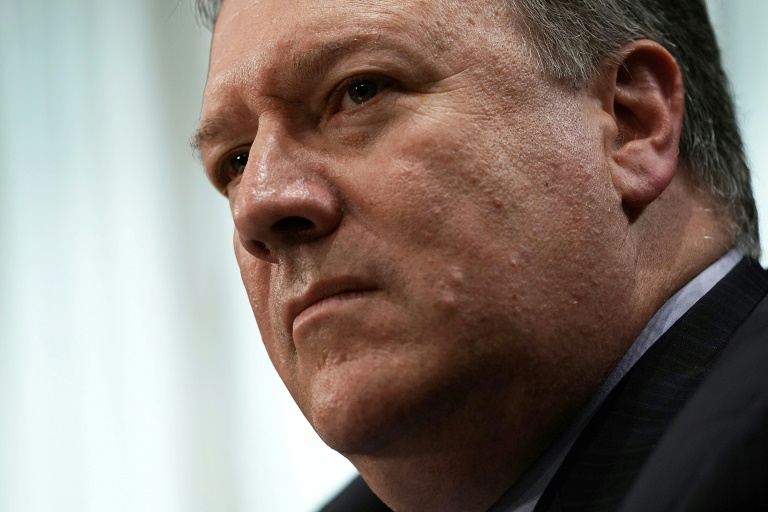 Secretary of State Mike Pompeo said Sunday that the US still sees “a path forward” in its nuclear talks with North Korea, even after Pyongyang’s latest round of test launches.

“It’s a serious situation for sure and we’ve known that the path to fully verified denuclearization would be a bumpy and long one,” he said on ABC’s “This Week.” But, he added, “We still believe there’s a path forward.”

The tests have been seen as a sign of Pyongyang’s frustration over the stalled talks, aimed at providing the North with desperately needed sanctions relief in exchange for its nuclear disarmament.

Pompeo told “This Week” that the rockets fired Saturday were relatively short range, had crossed no international boundary, had landed in waters east of North Korea “and didn’t present a threat to the United States or to South Korea or Japan.”

He said US military experts were continuing to study the tests, but he was careful not to say whether it might violate agreements reached since US President Donald Trump and North Korean leader Kim Jong Un met in Singapore in 2018.

On Saturday, Trump had seemed to shrug off the importance of the tests, tweeting that Kim “knows that I am with him & does not want to break his promise to me. Deal will happen.”

The two sides have generally been at loggerheads since the collapse in February of a follow-up summit between Trump and Kim in Hanoi.

But Pompeo appeared on Sunday to strive for a conciliatory tone.

“We still believe that there’s an opportunity to get a negotiated outcome where we get fully verified denuclearization,” he said. “We want to get back to the table.”

Pompeo played down the harsh language leveled at him recently by a North Korean foreign ministry official who said Pompeo had made “reckless” and “dangerous” remarks and that the North hoped the US side would appoint a “more careful and mature” negotiator.

“The president gets to choose who his negotiators are,” Pompeo said with a smile. “He is leading the effort.”

Kim was said to be deeply frustrated by the failure of the Hanoi summit. An ABC interviewer asked Pompeo about unconfirmed reports that four of the North’s foreign ministry officials had subsequently been executed.

Pompeo did not confirm the reports, saying however: “It does appear the next time we have serious negotiations my counterpart will be someone else.”