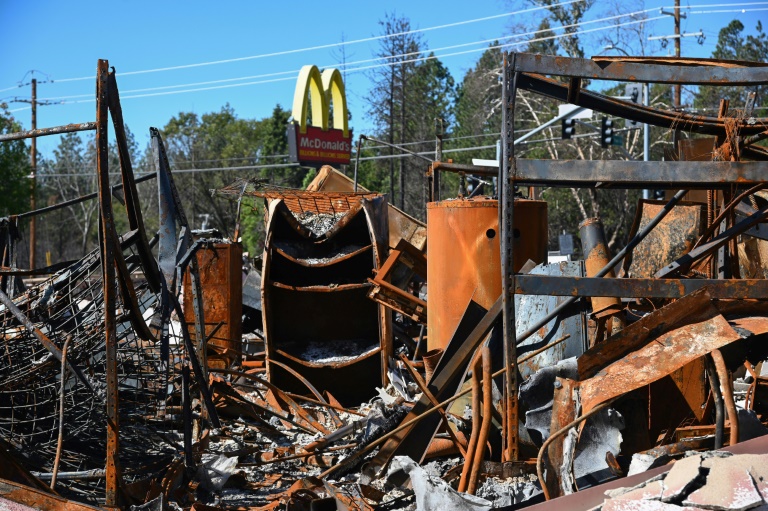 It was the worst wildfire in California’s history as it blasted through the small community of Paradise, killing 86 people and erasing everything in its path.

But nearly one year after the inferno, the town in the northern California foothills that was home to 26,000 people is literally rising from the ashes.

“We’re building a whole entire town pretty much from scratch,” Mayor Jody Jones told AFP in an interview as she prepared to address a recent community meeting about reconstruction.

Barely 4,000 residents live in Paradise today as the town prepares to commemorate the deadly wildfire that erupted in the early hours of November 8 last year.

Nearly 19,000 structures, including 14,000 homes, were destroyed by the inferno that wiped out 90 percent of the town.

Those who have come back are living in the few structures still standing or in trailers parked on empty lots cleared of debris.

“The folks here who are coming back, who are rebuilding, view themselves not as victims, not even as survivors but as pioneers,” Jones said.

The road to recovery, however, has been paved with many obstacles as reconstruction has been hampered by all the toxic debris that had to be removed and chemical contamination of the water supply.

Still, Jones said, local officials are forging ahead and have so far approved some 280 building permits while another 100 or so are under review.

“It’s not going to happen overnight,” she said of the rebuilding effort. “If we’re lucky enough to issue 500 building permits each year, it’s going to take five to 10 years.

“I think we’re going to be a nice little town of about 5,000 people in a year and a half and we’ll continue to grow.”

But the town is unlikely to ever resemble the quaint little community in the Sierra Nevada Mountains that once attracted retirees because of its affordability.

“It’s not going to be the same,” said Jones. “For a lot of seniors, the rebuilding process is an arduous process, so a lot of them have chosen not to come back.

“Additionally, everything will be brand new,” she added. “So I think it’ll be attractive to young families and people who are looking for an affordable place to live.”

Jones, who lost her home in the flames, stressed that in order to make sure last year’s calamity doesn’t play out again, the town has enacted stringent regulations that go beyond standard guidelines.

Crews have also been working nonstop to reduce the highly combustible vegetation that helped feed last year’s fire which burned through 153,336 acres (62,053 hectares).

“So it will not be the same kind of forest that it was before,” she added. “We do have a long-term recovery plan that covers all this.”

As to what is sorely missing in the town for the 4,000 residents resilient enough to call Paradise home today?

“I think they would all say they’d like to see more restaurants open,” said Jones, grinning. “And that’s happening, we just had a new one open just last week.”

Survivors find reasons to be thankful after deadly California fire