In wake of Egypt’s rapid population growth that hit an alarming level of more than 104 million people, Egypt’s Ministry of Health and Population in cooperation with USAID will launch the Family Planning and Reproductive Health Program which is worth US$19 million, according to a press statement released by US embassy in Cairo on Saturday.

Soaad Abdel Megid, head of the Population and Family Planning Sector, said that the program aims to improve the health behavior of Egyptians and enhance the quality of family planning and reproductive health services.

The statement also pointed out that the program’s activities would help raise the demand on family planning services in an effort to increase the contraceptive use and decline birth rate.

“We know that USAID family planning programs have made tremendous impact in the past. We stand poised again to be a part of the solution to the rapid growth in Egypt’s fertility rate,” said Sherry F. Carlin, USAID Mission Director in Egypt .

The five-year long program will be implemented in nine governorates including some areas in Cairo, Alexandria and Upper Egypt. It comes in response to repititive calls by Egyptian officials, including President Abdel Fatah al-Sisi, to shed light on how overpopulation poses a threat to Egypt’s national development.

The new program is part of the US$30 billion that the American people have invested in Egypt through USAID since 1978. 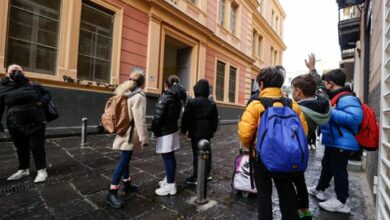 US population growth at lowest rate in pandemic’s 1st year