Since 2014, Egyptian political elections, referendums and major national events have been accompanied by DJs, songs and public dance. This year’s presidential elections are no exception to this seemingly new tradition.

With the opening of polling stations at 9 am on Monday, a large number of them had young DJs stationed outside with women dancing to up-beat tunes, some of them especially prepared for the occasion.

Emirati singer Hussain al-Jassmi, famous for his song ‘Boshret Khair,’ which rocked voters in the presidential elections fur years ago, earlier this month released his song ‘Masaa al-Khair,’ which could be heard at polling stations across Egypt.

The popular Egyptian singer Hakim also released a song this month calling on Egyptians to cast their votes, with his song entitled ‘Abo el Regoula.’

Both songs were released with accompanying music videos containing scenes of dancing people carrying the Egyptian flag and people from across of the country’s governorates rejoicing in the elections.

Only two competitors are in the running for the presidency: current President Abdel Fattah al-Sisi, and Ghad party leader Moussa Moustafa Moussa. The election takes place between March 26 and March 28, from 9 am to 9 pm.

According to the National Election Authority (NEA), 59.78 million Egyptian are eligible to vote and 18,000 judges have been dispatched to monitor the election.

By the end of the first day of the elections on Monday, videos of women and men dancing and celebrating at polling stations went viral on social media. In areas such as Zamalek, Rehab and Salam in Cairo and Sidi Gaber in Alexandria scenes of dancing could be seen at not only polling stations, but in other public places as well.

The groups that seemed to have went out in the strongest numbers on the first day of voting was Egypt’s women and senior citizens. Women in particular could be seen in Cairo’s Tagammoa, Ain Shams, Sayeda Zeinab and Bulaq and several areas of Alexandria, Port Said and the New Valley.

The polling stations in Alexandria’s al-Montazah witnessed a big turnout in the early hours of voting. Some women joyfully chanted in front of some of the stations, while others were seen dancing.

In the New Valley, traditional folk dance groups toured the streets and squares, urging citizens to take part in the elections. National songs could also be heard through loudspeakers set up in the vicinity of the polling stations.

Meanwhile, Matareya square in Cairo witnessed a dancing march of voters together with a car carrying a DJ playing nationalistic songs to urge citizens to vote in the poll.

While the women sang, the men and the children danced to the song ‘Abo el Regoula,’ some of them wearing t-shirts with a photo of President Sisi.

Said Sadek, professor of political sociology at the American University in Cairo (AUC), links the dancing celebrations at the polling stations to the 2014 elections, which came after the overthrow of the Muslim Brotherhood rule – characterized by some as hostile towards women.

In a phone interview with Egypt Independent, Sadek says that women during the last election went to the polling stations to dance as a way to challenge the strict religious principles the Morsi regime was seen to adhere to.

Sadek says that music has been associated with politics since ancient Roman times and continues to have a similar role today. He points to the recent elections in the US when the Hillary Clinton campaign organized rallies where pop stars such as Beyoncé participated to garner support for her.

The music and dancing that are being witness on Egypt’s streets during the current elections serve to promote the image of the Egyptian government, according to Sadek, who argues that it attracts people not necessarily interested in politics to the polling stations, where they even may cast their votes. 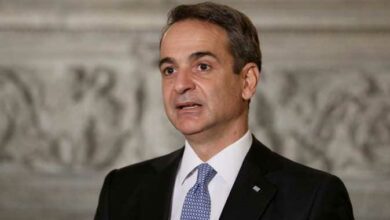