The lives of nearly 1600 students at a school in Minya are being threatened as cracks have begun to appear in the walls and ceiling of their elementary and junior high school. Many of the students’ guardians said the school administration has resorted to constructing classrooms out of wood and holding classes in administrative rooms in order to avert a crisis. Officials from the Educational Buildings Authority said currently there is no money appropriated to solve the problem.

In related news, a wave of violence continues to sweep through Egyptian schools. In Beni Suef, the headmistress of the Iman Junior High School, Wafaa Faruq, slapped the school’s nutritional superintendent Hafez Iman Mohamed Ali on the face when he asked to see the school’s absentee rates in order to determine the appropriate number of meals to prepare. According to Ali, the headmistress than proceeded to strike him with a cane in front of the school’s students and teachers. Samir el-Yezil, governor of Beni Suef, said a committee would be formed to investigate the incident.

In Aswan, Ali Mohamed Abul Qasem, the father of a third-year student in the Abdel Jalil Husnayn Junior High School filed a complaint with the prosecutor’s office, accusing the school’s headmaster Ahmad el-Amir of striking his son in the head with a glass.

In the Governorate of Gharbiya, state security arrested four students, Mohamed Ramadan, Mustafa Gamaa, Karam Badeen and Ibrahim Mukhtar for the alleged murder of another student Alaa Mustafa Shaken. The students denied the charges, which allegedly began with a dispute over money. According to an eyewitness, the four students threw the victim’s jacket into an irrigation ditch, and when he leapt into the water to retrieve it, he drowned.

In other news, a court in Port Said sentenced Khaled Bayoumi Osman, at teacher at the Ashtmal el-Gameel Elementary School to one month in prison and fined him LE200 for striking a student who arrived late to school. 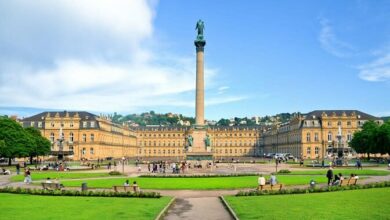 Number of Egyptian students graduating in Germany increases 77% between 2016-2019: Erudera

High school exams kick off across Egypt with new system