Archaeologists and astronomers visited on Monday the Mortuary Temple of Hatshepsut in Luxor’s Qurna mountain to witness a sun alignment on the temple’s inner sanctum, lighting up an image of the sun god Amun-Ra inscribed in the form of a winged sun disk.

The sun alignment phenomenon takes place every year on occasion of the ancient Egyptians celebrations of the feast of the god Horus, an example of their greatness in the field of astronomy.

The phenomenon is one of 19 which take place in the temples of Giza, Luxor, Aswan, the New Valley and Qena. 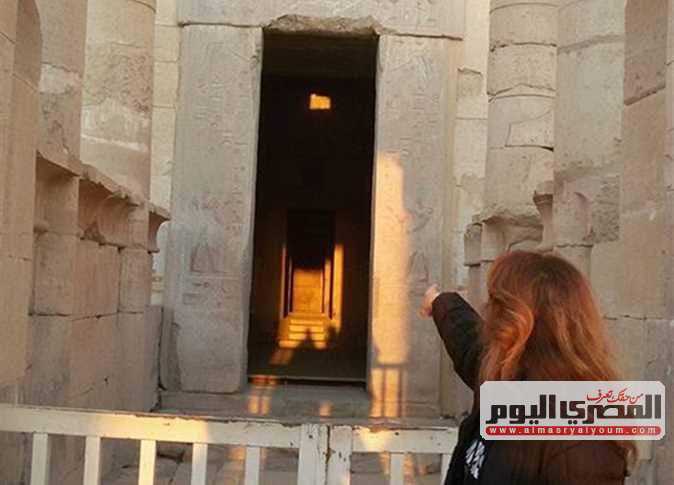