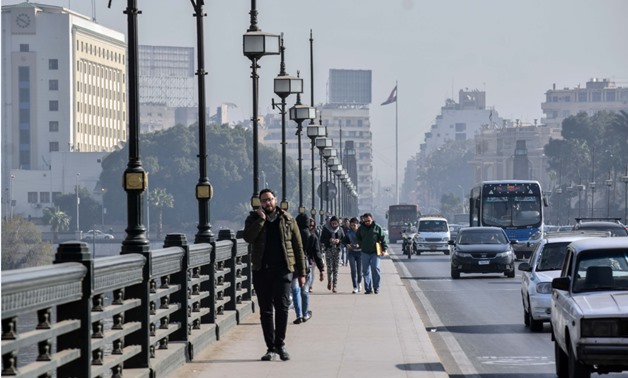 Temperatures predicted for the following cities are 20C in Alexandria, 25C in Cairo, 30C in Qena, 32C in Luxor, and 33C in Aswan.

Winds will be mostly northeasterly and moderate. It will be active on South Sinai, the Red Sea and the Gulf of Suez, disrupting the maritime navigation there.