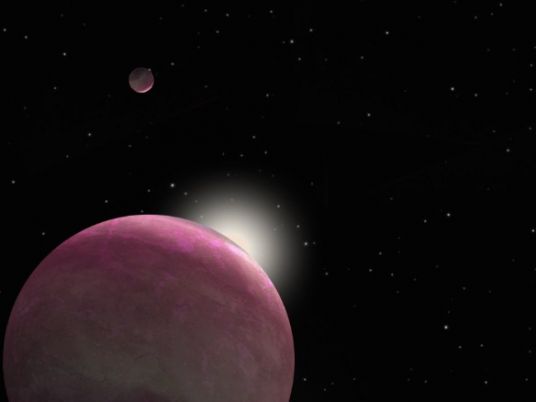 The race is on to land a human on Mars. Elon Musk recently announced plans for his company SpaceX to send people to the Red Planet, swiftly followed by Boeing throwing down the gauntlet by boldly stating that it will get to Mars first.
But they're not the only ones in contention. Dutch organization Mars One is confident it can get there too.
"We're going to live on Mars in 2027," said Mars One CEO Bas Lansdorp, in an interview for CNN Inspirations: Out of This World.
His ambitious plans are to set up a long-term Mars colony.
"It's going to be a mission of permanent settlement," said Lansdorp.
"The people that we send there are going on a mission forever, for the rest of their lives. That is really what makes Mars One possible."
The crew will be selected from members of the public. It's strictly a one-way trip, but that hasn't stopped tens of thousands of people applying for a place on board.
Alas, only four will be selected for the maiden voyage: "Four people every two years," explained Lansdorp. "Instead of trying to bring people back, we send additional crews regularly."
While some have raised doubts about the viability of the project, Lansdorp is confident it will take off — and he offers some handy advice about what it will take to be a part of it.
"The most important skill is really teamwork," he said. "You need to be the ultimate team player, because you're going to depend on each other with your lives and that is what the whole mission is about."