Egyptian activists in Washington and London will stage demostrations this weekend to condemn the murder of Khaled Saeed, a young man allegedly killed by police officers in Alexandria last week. A protest is also scheduled in Cairo’s Tahrir Square.

The first demonstration will take place in front of the Egyptian embassy in Washington between 6:00PM to 7:30 PM, where activists have called on the Egyptian community to take part. Demonstrators will protest police violence in Egypt under the emergency law that the government renewed last month for two more years.

In London, protesters will gather before the Egyptian embassy on Saturday from 2:00PM to 4:00PM.

“We aim to expose the Egyptian Interior Ministry for covering up this crime,” said Egyptian activist Ossama Roushdi. “And we want the Egyptian people back home to know that we stand by their side.”

In Cairo, amidst fears of security forces, activists on Facebook have called for a demonstration in Tahrir Square on Sunday.

Meanwhile, Omar Afifi, a former police officer and author of a banned book on police abuses, for his part, called on the Egyptian people to stand against police violence. Afifi currently lives in the US. 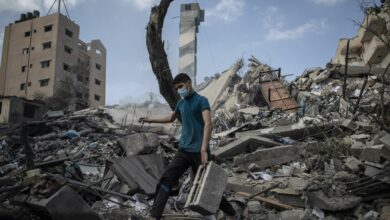