Buckingham Palace is pulling out all the stops to celebrate the Queen’s incredible reign. Here’s a rundown of the rest of the long weekend:

A thanksgiving service paying tribute to the Queen’s seven decades of service will be held at St Paul’s Cathedral, central London, with family members in attendance.

Several royal family members are expected to head to Epsom Downs racecourse, in Surrey, southern England, in the afternoon for the 243rd edition of its famous horse race, the Derby. The Queen — a keen horse breeder — has been a regular spectator at the event and has even presented the famous trophy.

In the evening, a two-and-a-half hour “Platinum Party At The Palace” concert will see a star-studded line up perform in front of Buckingham Palace and around the famous Queen Victoria Memorial. Queen + Adam Lambert, Alicia Keys and Diana Ross are among the artists set to appear at the show, which will be broadcast live by the BBC.

To cap off the celebrations people are being encouraged to organize street parties as part of the “Big Jubilee Lunch” initiative on Sunday. Community gatherings are set to take place across Britain, including flagship events in London and at Cornwall’s Eden Project. “Big Jubilee Lunches” have also been planned around the world.

The weekend’s finale is the Platinum Jubilee Pageant, in which artistic performers, dancers, musicians, military personnel, key workers and volunteers will unite to bring iconic moments from the Queen’s reign to life.

Although the Queen is not due to travel in it, the pageant will be led by the Gold State Carriage. Starting at 2:30 p.m. (9:30 a.m. ET), the pageant will involve a “River of Hope” section that will comprise 200 silk flags parading down The Mall like a river and a who’s who of Britain’s most famous faces. 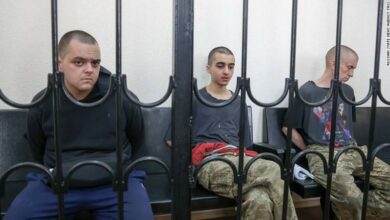 Boris Johnson is still in charge. But behind closed doors, rivals are plotting his ouster