Facebook Twitter LinkedIn
The hashtag "What_do_you_hate_in_Egypt?" went viral on Twitter on Monday, providing a platform for people to vent their pet hates about life in Egypt.
Along with abundant expressions of exasperation, there were comments in defense of the nation, with some expressions of deep affection.
Ali Gaber listed his key problems with the country: "The military, the media, hypocrites, corrupts, judges, people who take bribes, and forgers."
He added "nepotism", which he said concentrates wealth in the hands of a certain class, while the rest of the population cannot afford to eat.
For user @aymanthehobbit, the main concern was clear: "The way people treat each other."
"Congestion and transportation," said Rofaida Mostafa succinctly, while Tefa contributed: "The standard of education".
Sameh Hammady said he hates "blind fanaticism" in Egypt.
Mohamed Tarek, meanwhile, said he hates the fact that in Egypt is always the poor, respectable and good people who are subjected to injustice.
Continuing the theme of social injustice, Ahmed Mohammady said that the honorific titles of "Pasha" and "Bey" have been abolished only on paper. He said that bribery is often disguised in various forms, such as commissions, cigarettes, gifts and donations.
In a powerful, if somewhat cynical, comment, user @mooodytoy1 ridiculed the hashtag saying, "This hashtag should rather be 'What_do_you_love_in_Egypt?' It would be much easier, believe me, because there is nothing to love here."

Meanwhile, other contributors sprang to the defense of the country, such as @kamal_mkay, who said, "[Egypt] was mentioned five times in the Qur'an. How can I hate it?"

Khaled Said sought to draw a distinction between affection for Egypt as a homeland and the problems that emerge due to politics.

"We never hate our country, we hate those who made the 'earth's treasury', as described in the Qur'an, a poor begging country," he said.

"The reality is that tyrannical regimes strip citizens of their sense of belonging to their homeland through  injustice and corruption. But once [the regime] is finished, everyone restores their spirit of belonging".

One user called @waelbeso seemed to summarize the consensus view, writing: "I may get upset [by the problems], but never hate [Egypt]." 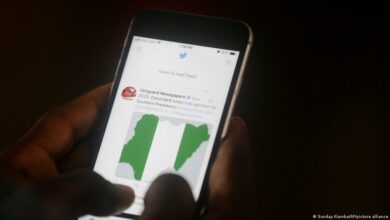 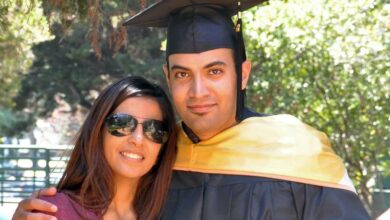 Saudi case against Twitter user may have its roots in US