Facebook Twitter LinkedIn
The Muslim Brotherhood had the misfortune of a mediocre leadership before the 25 January revolution that pathetically had no skills. Its position toward the revolution was hesitant. They even betrayed the revolution by agreeing to talk with Mubarak before his departure, and by striking deals with the military council to keep the former regime.
It all began with the amendments to the constitution that was nullified by the revolution. Those leaders were unaware of what was required at that historical moment. They were not up to the challenge.
Instead of restructuring from within and adjusting the ideology to be consistent with the freedom that was attained by the revolution, they were overwhelmed by their quest for power. They were fighting a modern battle with wooden swords, which was why they lost.
The people, who thought they would be compensated for the long years they had suffered under Mubarak, did not find under the Brotherhood the freedom and social justice that they had demanded from their revolution.
Unfortunately, the Brotherhood was no different than its predecessors. It abandoned the values of Islam. It did not meet its promises. It even lied to the people. In just one year, it wasted the dream that the group founders had labored for for more than 80 years. It gave a bad example of governance.
It is certain that this experience will remain engraved in the Egyptian memory for decades. It was the first experience with Islamist governence, and I think it will be the last. They pushed the people to revolt against them and choose Sisi. And now they want Sisi to overlook the excesses of the security practices, not realizing that they are actually giving a strong justification for their liquidation and for the media to attack them in revenge.
Many people hate them. In fact, no one else could have tarnished their image more than they have themselves. Was it because they were desperate? Was it because they kept repeating that they were subject to injustice? Was it because they were trying to prevent the organization from dissolving completely, or was it because they kept wanting the state to collapse?
Many of the young members of the group abandoned it, while some still demonstrate and vandalize, not knowing that depending on the United States would expose them more.
Today, the Brotherhood is neither a religious advocacy group nor a political party. It is a destructive group that is doomed for a dark future.
Some say an ideology does not cease to exist. I say this is applicable to a sound ideology, while bad ideologies need to be purified and developed to continue to exist.
I think that it will take ages for the Brotherhood to integrate in society again. This would only happen if it reviews its thoughts, acknowledges its mistakes and apologizes to the Egyptian people. Only then might it be accepted, yet still in a way different from the way it was accepted before.
Edited translation from Al-Masry Al-Youm
Tags
Brotherhood 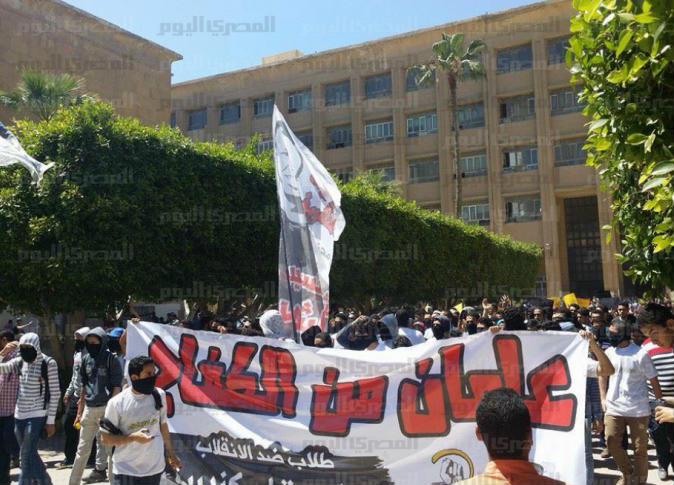