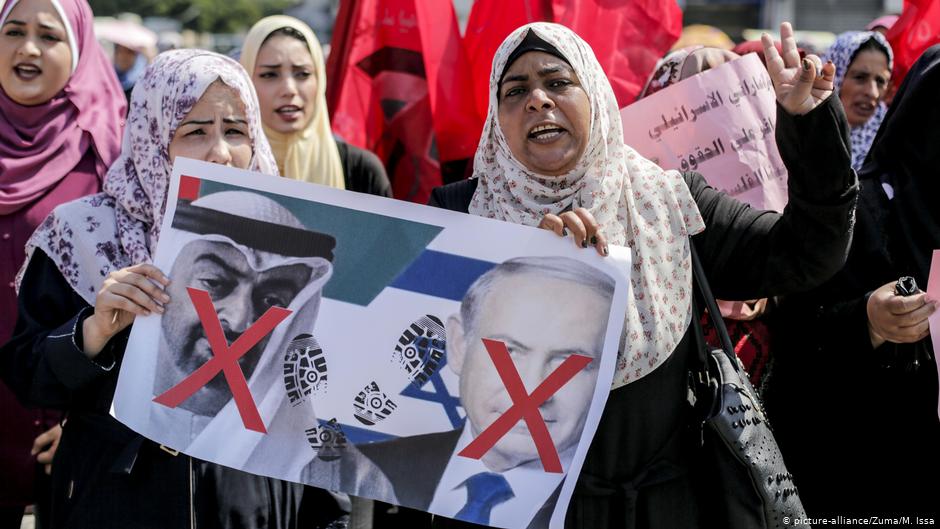 Over the past 10 years, Jon Medved and his team traveled several times from Israel to the United Arab Emirates (UAE), a trip made longer by connecting flights through Istanbul or Amman airports.

The announcement of both countries to establish diplomatic ties did not come as a total surprise to him. “This has been a long time coming,” says Medved, CEO and founder of the equity platform OurCrowd in Jerusalem. He’s optimistic about the development which has the potential to boost cooperation across many sectors between the two countries. “I am delighted. There’s so much potential in unlocking the relationship between Israel and its Arab neighbors. I think it is huge.”

Some have described the covert but growing ties between some Gulf countries and Israel over the past years as “the worst kept secret” in the region. Those ties span the political level as well as common business interests. Like others, Medved says that he used to enter the UAE using his other, US passport. However, his business partners were well aware that he and his company are Israeli.

In December last year, he was officially invited to speak as an Israeli investor at a conference in Abu Dhabi. “I remember one interaction, which was really cool to me, when I was meeting a Saudi banker”, says Medved speaking over Zoom to DW in Jerusalem. “Upon hearing I am from Israel, he greeted me in Arabic and then said: ‘What’s taking you so long?'”

The UAE is the first Gulf state and only the third Arab country to establish diplomatic relations with Israel. Egypt and Jordan signed peace treaties with Israel in 1979 and in 1994, respectively. Over the weekend, Israeli journalists filed their first reports from the UAE to their TV stations in Israel. Several outlets carried direct interviews with Emirati officials. On Sunday, phone lines were officially established between the two countries and the UAE reportedly unblocked Israeli news sites. An Israeli delegation is expected to travel to the UAE shortly to discuss bilateral agreements ranging from agriculture, direct flights, health and tourism to security and technology.

The US-brokered agreement with the UAE is a major foreign policy achievement for Israel’s prime minister, Benjamin Netanyahu. It’s granted him a temporary respite from the internal political pressures he faces. The deal was welcomed across the political board except for critics in the settler community. They oppose Israel’s decision to shelve its controversial plans to annex parts of the occupied West Bank as part of the deal with the UAE. Netanyahu, however, quickly pointed out that annexation had only been “temporarily suspended.”

Palestinian officials have vehemently criticized the agreement and described it as betrayal, while reactions among ordinary Palestinians have been mixed. “We are pushed more and more to the side. The Palestinian issue is simply not important anymore on a global agenda. Nobody cares about us,” says Shireen Sayyed, a teacher from east Jerusalem. She thinks anything that brings peace is good but here it comes at the expense of the Palestinians.
Tel Aviv municipality building with the UAE flag

This normalization comes as no surprise, she says, recalling a recent controversy about a TV series which was broadcast during Ramadan on the Saudi-owned MBC channel. “Um Haroun” featured the story of a Jewish midwife during the 1930’s and 1950’s in an unnamed Gulf state. Critics accused the program of promoting normalization with Israel. Others described it as a way to influence perceptions of Israeli-Arab relations.

For some Gulf countries, Israel is no longer seen as part of a problem but more of an ally against the common threat of Iran. “What’s at stake here is actually the broader Arab conception that up to now has been clear that it will only normalize ties with Israel after it ends the occupation and liberates the land,” says Palestinian analyst Sam Bahour in Ramallah.

Writing in the Israeli daily Ha’aretz, analyst Anshel Pfeffer points out that the deal simply showed that Netanyahu can improve ties with Arab states without having to make any compromises. Israel’s former prime ministers, from Shimon Peres to Ehud Olmert, and the international community “all warned that Israel was facing global isolation, diplomatic tsunamis and an avalanche of boycotts if it didn’t accept Palestinian statehood. Netanyahu called their bluff,” he wrote. Western diplomats, who “thought that Israel needs to pay in hard currency for any such breakthrough with the Arab world were tearing their hair out”, he added.

Netanyahu said on Sunday that this peace agreement is based on the new principles of “peace for peace” and “peace through strength.”

“Under this doctrine, Israel is not required to withdraw from any territory,” he said, adding that in the “Middle East, the strong survive and with strength, one makes peace.”

UAE-Israel phone lines open after accord to normalise relations