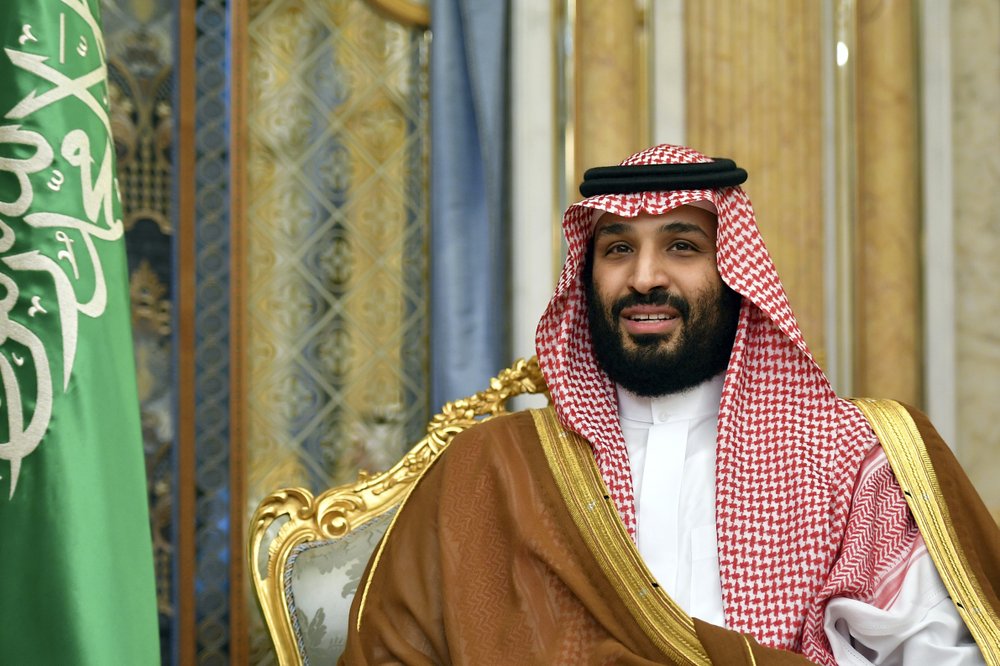 NAGOYA, Japan (Reuters) — Saudi Arabia is set to take over the G20 presidency for a year as it seeks to bounce back from an uproar over its human rights record and last year’s killing of journalist Jamal Khashoggi.

The kingdom’s new foreign minister, a prince with diplomatic experience in the West, landed in Japan’s Nagoya city on Friday to meet with his counterparts from the Group of 20 nations.

Prince Faisal bin Farhan Al Saud was appointed in October in a partial cabinet reshuffle, joining a new generation of royals in their 40s who rose to power under Crown Prince Mohammed bin Salman, 34, the de facto ruler of the world’s top oil exporter.

Saudi Arabia — a key U.S. ally in confronting Iran — has faced heavy Western criticism over the murder of Saudi national Khashoggi, its detention of women’s rights activists and its role in the devastating war in Yemen.

Diplomats say the G20 might help put Riyadh’s problems behind it and could prompt it to close more disputed files such as the Yemen war and the boycott of Gulf neighbour Qatar, though they have yet to see much progress.

King Salman has hailed the kingdom’s G20 presidency as proof of its key role in the global economy.

Prince Faisal will pick up the baton at a ceremony on Saturday in Nagoya, where G20 foreign ministers have gathered for talks.

Japan — which headed the G20 this year — was the kingdom’s second-largest export market last year, at $33 billion, according to IMF trade data.

Apart from its reliance on Saudi oil, Japan has deepened its ties to the kingdom thanks to Japanese technology conglomerate SoftBank Group (9984.T). Riyadh has been a big supporter of SoftBank’s massive Vision Fund.

Japanese Foreign Minister Toshimitsu Motegi told Prince Faisal he was pleased to meet him for the first time and both sides wanted to boost relations, according to a read-out from Japan’s foreign ministry.
Motegi praised Saudi work to stabilize southern Yemen, where Riyadh orchestrated a deal to end a power struggle between Yemen’s government, which it backs, and southern separatists.

King Salman also said this week Riyadh wants a political settlement in Yemen, where it has battled Iran-aligned Houthis in a nearly five-year war that has killed tens of thousands and drive parts of the country to the brink of famine.

A diplomatic source said there had been an “apparent de-escalation” in Yemen’s conflict in recent weeks. The source said Saudi air strikes killing civilians would not be “a great backdrop for hosting the G20” and would not mesh with the kingdom’s message of opening up.

Diplomats said that Saudi Arabia plans more than a dozen G20 summits throughout the year on tourism, agriculture, energy, environment and digital economy.

Top diplomatic and business contacts suggest Riyadh has already gotten over much of the opprobrium it received over Khashoggi’s murder, but it still struggles to attract foreign investors, said analyst Neil Partrick.

A Saudi court charged 11 suspects in a secretive trial and Western allies imposed sanctions on individuals. But Riyadh still faces heat from some governments saying the crown prince — known as MbS — ordered the murder. He has denied this though said he takes ultimate responsibility as de facto ruler.

Riyadh has sought to fix its image or turn attention to its social reforms since Khashoggi’s 2018 killing at the hands of Saudi agents in Istanbul.

A share sale of giant Saudi state oil firm Aramco this month and a bond sale earlier this year – under a drive to diversify the largest Arab economy away from oil – attracted interest in the traditional sectors of energy and finance.
After boycotting the Saudis’ annual “Davos in the Desert” summit in 2018, Western executives returned to the 2019 gathering last month. “Davos in the Desert” is unrelated to the annual World Economic Forum in Davos, Switzerland.