President of the City Council of Dahab Tarak El-Baz announced yesterday, July 2 the launch of the “Bela Plastic” (Without Plastic) campaign, spearheaded in an effort to protect the environment, specifically marine life, according to an official statement.

Additionally, El-Baz added that several trainings were held addressing Dahab’s hotel and restaurant staffs to raise their awareness regarding the dangers of plastic use so that they can inform tourists about such dangers. He affirmed that banners and warning signs will be placed across the city to caution individuals about the dangers of using plastics.

Baz also declared that several volunteering tourism organizations along with a number of diving centers will kick off campaigns to clean up Dahab beaches.

Three months ago, the Association for the Protection of the Environment released a decision by Governor Ahmed Abdullah banning single-use and disposable plastics in the Red Sea governorate beginning in June.

The association’s statements read that the decision is designed to protect wildlife and marine life, including species facing extinction as plastics in the Red Sea cause severe harm due to ingestion, poisoning or smothering. Many animals swallow plastic, leading to death. Marine plastics also pose risks to human health.

The use of plastic bags will be banned in food shops, restaurants, supermarkets, grocery stores and pharmacies. Moreover, all single-use plastics including knives, forks, straws and cups will be strictly banned from the Red Sea Governorate’s restaurants and cruise ships.

Egyptian tourism relies heavily on the Red Sea Governorate, which is home to many rival touristic destinations including its capital Hurghada, El-Qusair, Ras Ghareb and Marsa Alam. People travel from around the world to enjoy aqua activities within the governorate.

Factories will not be permitted governorate licenses to make thin plastic bags, according to the recently announced ban decision. 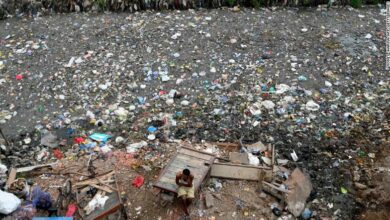 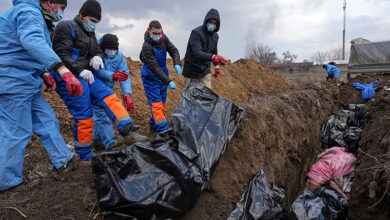