In a first for the conservative religious kingdom, Saudi Arabia has declared that women will finally be able to drive

, the culmination of years of activism and appeals both from within and outside the Gulf nation.
The royal decree, announced live on state television Tuesday, will come into effect in June next year. A newly-formed committee will present its findings within 30 days on how the policy should be implemented. 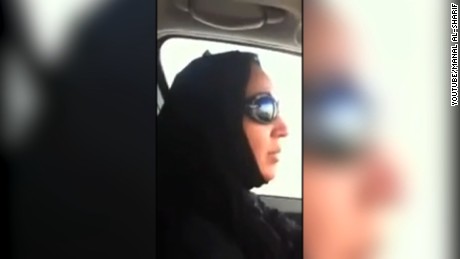 Saudi women will reportedly be able to apply for their own driving licenses without having to secure the permission of their male guardians. However, rules that govern the guardianship of women continue to restrict many aspects of every day life for the country’s female population.
Saudi Arabia, which adheres to some of the strictest interpretations of Sunni Islam in the world, has long prevented women from taking on a larger role in its society.
The 2016 Global Gender Gap Report by the World Economic Forum ranked the kingdom 141 out of 144 countries on gender parity. Trailing behind Saudi Arabia were Syria, Pakistan and Yemen.

What women in Saudi Arabia can do:

— Vote in local elections. In 2015 women cast ballots for the first time ever during municipal elections, a vote in which they were also allowed to campaign for public office. But female candidates weren’t allowed to speak to male voters and couldn’t have men and women mixing in their campaign offices.
— Be appointed to the Consultative Council. At least 17 women were elected during the 2015 municipal vote. The late King Abdullah issued a decree in 2011 that gave women the vote and two years later, ordered that at least 20% of seats in the Consultative Council be set aside for women.
— Attain a college education. In 2015 a government report found that there were more Saudi women studying in universities than men.
— Play sports and compete in the Olympics. Saudi Arabia sent two women to the Olympics in 2012. In 2016 it send four.

What women in Saudi Arabia cannot do:

— Marry, divorce, travel, get a job or have elective surgery without permission from their male guardians. Women still are beholden to restrictive guardianship laws that govern nearly every aspect of their lives. In cases where a woman’s father is deceased or absent, her husband, a male relative, brother, or in some cases, even a son, must give his approval before a woman can obtain often basic entitlements.
— Mix freely with members of the opposite sex. Some exceptions include hospitals, banks and medical colleges. In 2013 authorities ordered shops that employ both men and women to build “separation walls” to enforce rules preventing the sexes from mixing together.
— Appear in public without wearing a full-length black abaya. The all-encompassing loose robe is meant to protect women’s modesty in public. 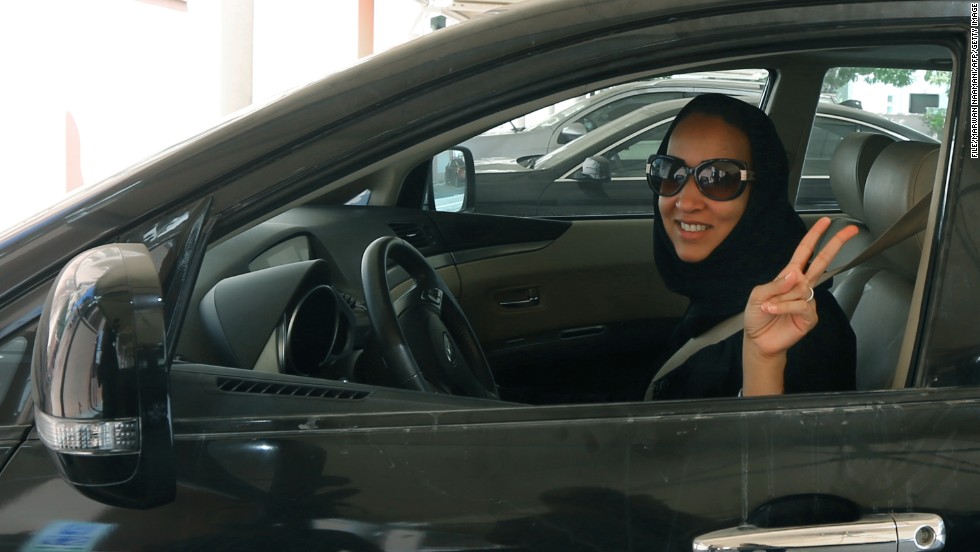 Saudi activist, Manal Al Sharif, drives her car in Dubai in October 2013 in defiance of the authorities to campaign for women’s rights to drive in Saudi Arabia.
— Conduct certain business without a male sponsor. Women wanting to open their own business often have to call on at least two men who can testify to her character before she can be granted a loan or a license.
— Retain custody of their children in a divorce after they reach the age of seven for boys and nine for girls.
— Apply for a national identification card or passport without the permission of a male guardian.
— Eat at restaurants that don’t have a separate designated family section. Most restaurants have a “family” section with a divider that separates families from dining near all-male parties. Women are also required to use a separate entrance to the men. It is usually a side door.
— Get a fair hearing in court, where “the testimony of one man equals that of two women.”The legal position in Saudi Arabia of a woman is equal to that of a minor, and therefore she has little authority over her own life.
— Receive an equal inheritance. Under Sharia inheritance laws, daughters receive half what is awarded to their brothers. Critics say this is due to a misinterpretation of Islamic laws, sometimes sending women into poverty because they are left out of their fathers’ wills.