Celebrated author Radwa Ashour, whose Granada trilogy was voted one of the top 100 literary works by the Arab Writers Union, and who has confidently and authoritatively taught hundreds of students to love literature, has not had an easy relationship with writing.

In 1969, at the age of 23, Ashour, with a well-crafted short story under her belt, traveled to a young writers’ conference in Zagazig.

“Looking around me, I saw Bahaa Taher, Yehia El-Taher Abdallah, Ibrahim Aslan, Abdel-Hakim Qasim, Amal Dunqul and others,” she previously told Al Ahram. All of these men were already accomplished. “And what had I written, apart from one short story that proved nothing? This scared me even more and I stopped writing.”

In her essay, "My Experience With Writing," Ashour says that the question of whether or not she’s a truly talented writer continued to plague her. In the 1970s, "I renounced writing. I said that I was no good, and my resolution hit home as sharply and decisively as a guillotine.”

Between the ages of 23 and 34, Ashour focused on being a teacher and an activist. She also spent a good part of her life on airplanes. Her son Tamim was born in 1977, the same year her husband–Palestinian poet Mourid Barghouti–was deported from Cairo. For a time, Ashour’s husband lived in Hungary, and she and Tamim visited as frequently as they could.

But the 1970s passed and, “all of a sudden, I found that writing reappeared with an insistent, importuning presence.”

It was 1980 when Ashour got back to writing. The impetus, she says, was the health problems that have continued to dog her throughout her life. Ashour’s first book, The Journey: Memoirs of an Egyptian Student in America, was written after she nearly died from persistent health problems. The book, finally published when she was 37, seems to have let writing’s “insistent, importuning presence” back into her life for good. Her first novel, Warm Stone, was published two years later.

Illness confined Ashour to bed several more times. But perhaps–as well as limiting her activities and causing her great pain–they also created time and space for her to write. Warm Stone was followed by several other novels, including Siraj in 1992, the celebrated Granada trilogy in 1994 and 1995, and the quasi-memoir Specters in 1998.

All along, Ashour was also a teacher. This other career seemed to mean, for her, that she lacked some of the emotional freedom enjoyed by her husband and son. In Specters, Ashour’s husband and son deliver passionate poetic recitations in the family home, “shouting, swaying, arms flying, hands gesturing, fingers forming pictures in the air…” On the other hand, Ashour likens herself to her grandfather, who was also a professor. “[A]nd I know what it means for a person to be a teacher: it is as if something about the profession constricts the spirit.”

Ashour wrote her half-autobiography at nearly the same time her husband wrote his. But Specters doesn’t paint a picture of Ashour’s life in the same way I Saw Ramallah sketches Barghouti’s. Instead, she both conceals and reveals by moving between the “real” stories of her own life and the fictional ones of a character named Shagar.

In the book, Ashour asks: “[W]hy did Shagar come to me when I started out writing about myself?” Perhaps it’s because Shagar is able to do things–such as to imagine caning a student, to scream at a dean, or to cut her phone cord and drive off into the night–that Radwa could never allow herself to do.

Ultimately, Shagar is the more powerful character. Yet the book’s twin protagonists share a great deal: Dr. Shagar Abdel Ghaffar and Dr. Radwa Ashour were born in the same year; they both became university professors; they both shared an interest in Palestine. Unlike many around her, Shagar cared deeply about her students. Ashour doesn’t write directly about her students, but they are perhaps reflected in Dr. Shagar’s.

According to a former student of Ashour’s, the novelist Rehab Bassem, “She was nearly the only professor who talked to us ‘normally’…she didn't patronize us, she didn't think us stupid. She was teaching us, listening to us, and she made me fall in love with every single [author] she mentioned. … She made me feel that the things she was teaching us were reachable, tangible, could be grasped and understood and discussed.”

As she taught, Ashour continued to write, edit, and participate in Egypt’s cultural life. To all appearances, she had overcome her fear of whether or not she was a real writer.

But it was only very recently that Ashour finally tackled a topic she’s been circling for years: the 1948 nakba (catastrophe). Palestine has been a presence in many of Ashour’s works. While the Gulf War was the Granada trilogy’s ostensible inspiration, critics saw Palestine in it, and Ashour suggests that they might be right. Specters addresses the Dar Yassein massacre. A Part of Europe, published in 2003, has an Israeli character who asserts that, "Israel is a nakba for the Jews.”

Yet it wasn’t until her 2010 novel, Tantoureya, that Ashour directly wrote about the topic that had been needling her for decades. Again, it was perhaps illness that forced Ashour’s hand.

The author told Al-Masry Al-Youm last year, “I have wanted to write about the nakba for years, and now that I am past 60, I want to achieve what I want before I depart this life.”

Ashour’s health problems also sidelined her during Egypt’s 25 January revolution. It was only at the end of February, following two months in treatment and several surgeries, that she was able to leave the hospital. But, according to her husband, she remained strong.

The influence of Ashour’s work on successive generations of Egyptian writers is yet to be reckoned. Perhaps, post-25 January , younger authors will return for inspiration to more socio-political novels like Ashour’s and Sonallah Ibrahim’s. Nineties-generation author Mansoura Ezz Eldin said that she hasn’t drawn directly from Ashour’s work. But, Ezz Eldin said, “I really admire her personality. She is like a candle that inspires others, as a human being and as a professor.” 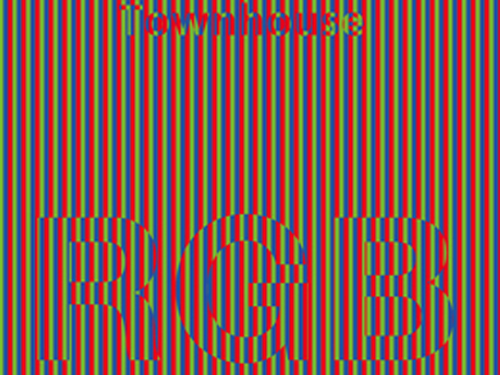 Radwa Ashour on the train of images of the Egyptian revolution

In other words: Spotlight on Banipal Prize awardee Barbara Romaine

The Arab Novel: Women against the seige