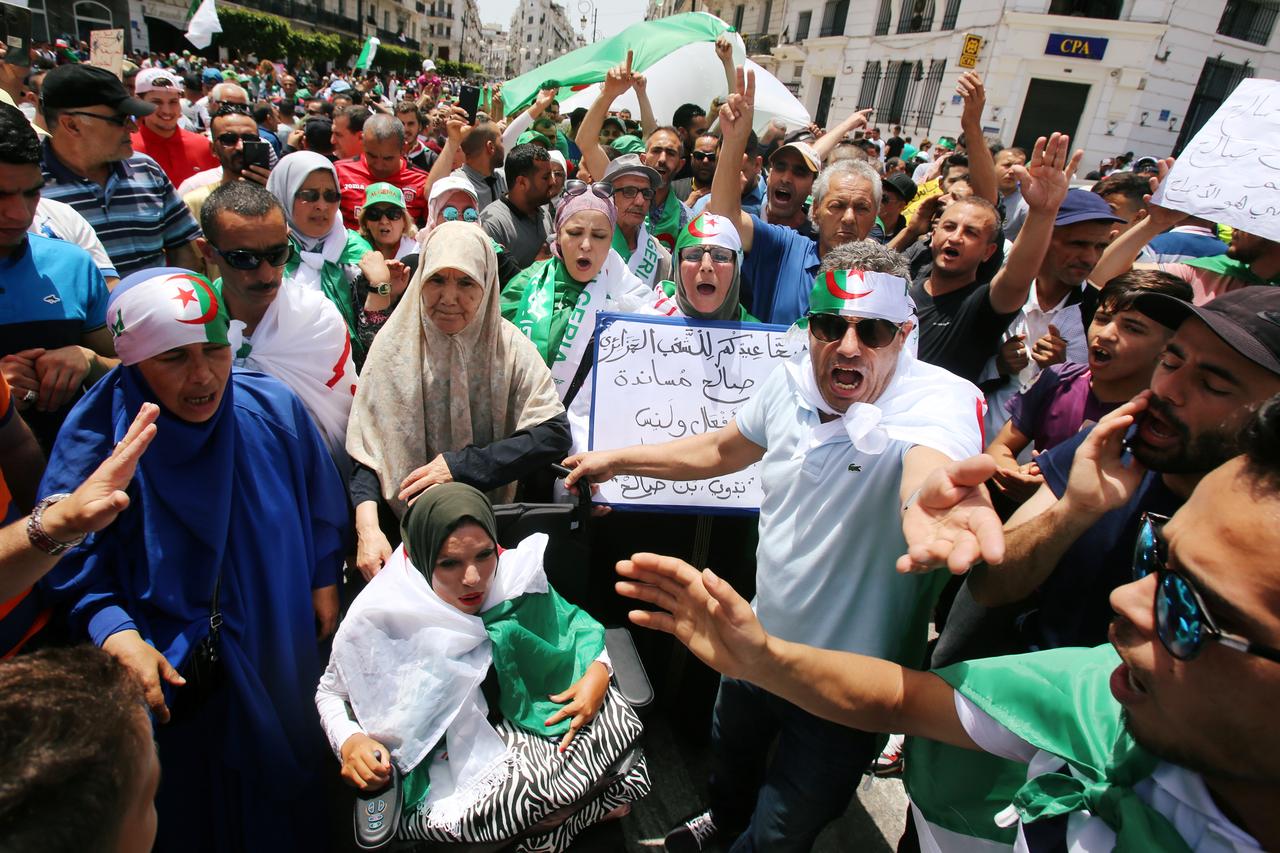 ALGIERS (Reuters) – With banners reading “You all go” and “We need new figures”, thousands of protesters gathered in the Algerian capital on Friday for what has become a regular demonstration demanding the removal of the ruling elite.

After 20 years in power, President Abdelaziz Bouteflika quit on April 2 under pressure from protesters and the army, but protests have continued, seeking political reforms and the removal of all officials belonging to the old guard.

This was the 16th consecutive Friday that protesters have taken part in a mass rally since Feb. 22. More people were expected to join the crowd after Friday prayers.

The demonstrators are pushing for radical change by seeking the departure of senior figures, including politicians and businessmen, who have governed the North African country since independence from France in 1962.

On Thursday, interim President Abdelkader Bensalah called for all parties to launch an “inclusive dialogue” to prepare for presidential elections, following the constitutional council’s scrapping of a vote set for July 4.

Bensalah is leading the transition as upper house speaker. He had initially been elected by parliament for 90 days until elections planned for July 4. No new date has been set, to the anger of protesters.

Bensalah said on Thursday he would stay in power until a new president had been elected, despite calls from protesters for him to quit.

One banner held up by protesters read: “Bensalah go.”

The army, the country’s most powerful institution, has met a number of protesters’ demands including launching anti-graft probes against people suspected of misuse of power and public funds.

Last month, Bouteflika’s youngest brother, Said, and two former intelligence chiefs were placed in custody by a military judge over allegations of “harming the army’s authority and plotting against state authority”.

At least five businessmen, including the country’s richest man, Issad Rebrab, who is active in food industry and sugar refining, have been detained for alleged involvement in corruption scandals.

Image: Demonstrators chant slogans during a protest demanding the removal of the ruling elite in Algiers, Algeria June 7, 2019. REUTERS/Ramzi Boudina