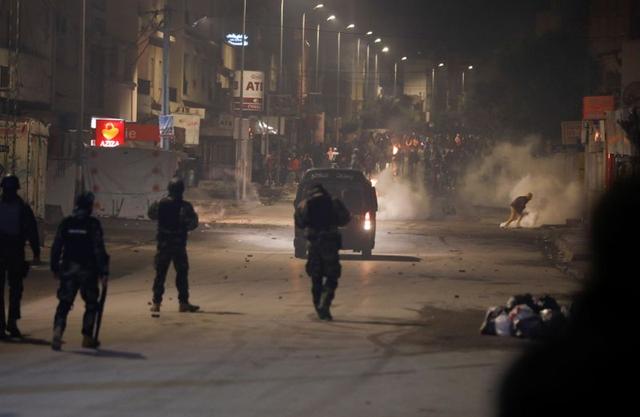 TUNIS (Reuters) – Hundreds of youths clashed with police in cities across Tunisia late on Monday, throwing stones and gasoline bombs in the capital as security forces used tear gas and water cannons to try to quell the unrest.

Tunisia president to launch dialogue to 'correct the revolution' process