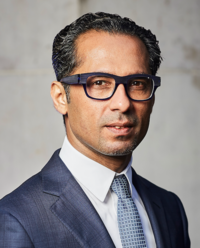 A man believed to be the youngest African billionaire was kidnapped in Tanzania’s largest city of Dar es Salaam, police there said, according to a BBC report.

Mohamed Dewji, 43, was kidnapped from outside the gym of a luxury hotel, where he was going to perform his daily exercises.

Police said they had arrested two people linked to the incident and that two of the kidnappers were believed to be foreigners.

Who is Mohammed Dewji?

Forbes magazine, which specializes in business and finance, estimated his fortune at $1.5 billion, describing him as the only billionaire in Tanzania.

In a report released in 2017, the magazine said Dewji was the youngest billionaire in Africa. He is also a key sponsor of Tanzania’s top football club, the Simba Club.

Dewji pledged in 2016 to donate at least half of his wealth to charity projects and institutions, the magazine said.

Dewji, who is locally known as Mo, is credited with turning his family’s businesses from wholesale and retail to a conglomerate across Africa, according to the BBC’s Osman Metwally.

Dewji served as an MP in the Tanzanian parliament for the ruling party for 10 years, until 2015.

In an interview in 2014, Dewji told the BBC that his membership in the parliament made it easier for him to meet top politicians, but that did not give him an unfair advantage, because any other businessman could also meet them.

Tanzanian Environment Minister January Makamba, a friend of Dewji, said he had spoken to Dewji’s father, and his family had confirmed the news of his kidnapping.

What do we know about his kidnapping?

The kidnapping took place in the prestigious suburb of Oyster Bay.

The kidnappers fired shots into the air before driving a car away with the billionaire, witnesses said.

Dewji, who was interested in his physical fitness, was not personally guarded at the time of the accident and drove his car to the gym, a police official told reporters.

The official said two of the hijackers had white skin. Police said security forces were on high alert across Tanzania in search of the kidnappers.