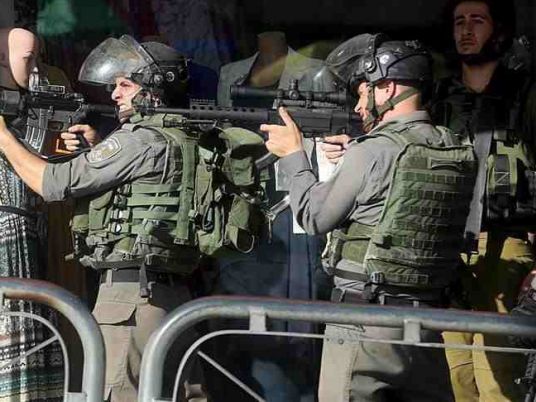 Hundreds of British academics said Tuesday they would boycott contact with Israeli universities over the state's "intolerable human rights violations" towards Palestinians.

The announcement, entitled "A commitment by UK scholars to the rights of Palestinians", was printed as a full-page advertisement in The Guardian newspaper.

The 343 academics from 72 institutions said they would still work with Israeli colleagues on an individual basis.

"We are deeply disturbed by Israel's illegal occupation of Palestinian land, the intolerable human rights violations that it inflicts on all sections of the Palestinian people, and its apparent determination to resist any feasible settlement," the advert said.

They said they would not accept invitations to visit Israeli academic institutions, participate in conferences funded, organised or sponsored by them, "or otherwise cooperate with them".

"We will maintain this position until the state of Israel complies with international law and respects universal principles of human rights."

Jonathan Rosenhead, from the London School of Economics, a spokesman for the boycott, said Israeli universities were "at the heart of Israel's violations of international law and oppression of the Palestinian people".

The boycott cited Technion, the Israel Institute of Technology, as having created "special technology" to detect tunnels out of the Gaza Strip, and "weaponised unmanned bulldozers used to demolish Palestinian homes".

The campaign comes a week after a letter signed by 150 British authors and artists, including Harry Potter author J. K. Rowling and double Booker Prize-winning novelist Hilary Mantel, said cultural boycotts that singled out Israel were "divisive and discriminatory, and will not further peace".

Richard Verber, senior vice-president of the Board of Deputies of British Jews, asked why the academics were "singling out Israel in such a discriminatory fashion".

"At a time of immense, often barbaric upheaval in other parts of the Middle East, Israel remains a beacon of academic excellence and progressive thinking," he told the Jewish News newspaper.

Simon Johnson, chief executive of Britain's Jewish Leadership Council, said: "These academics should realise that boycotts… do nothing to advance peace or improve the lives of Palestinians".