Under the auspices of El-Hanager Arts Center and the Independent Youth Artists Association (IYAA), the Third Annual Independent Theater Season is set to begin on 18 April. Celebrating 20 years of independent theater in Egypt, it will run through the summer until 2 August.

Fourteen shows–ranging from dance and movement to folklore and drama–will be performed by veteran independent theater troupes, including members of the IYAA, as well as newcomers to the scene.

Downtown’s Rawabet Theater will serve as the event’s host venue, given renovations currently underway at El-Hanager theater, the season’s official base of operations. In a statement released by the organizers, participants insisted that this year’s season would continue as planned–despite disruptions due to the temporary loss of its traditional setting–in a “determined effort”  to keep local independent theater alive and thriving.

Announcing the commencement of the new season at a press conference on Sunday, Hoda Wasfy, head of El-Hanager Arts Center, spoke of the importance of a months-long season–in which each show runs for over a week–as opposed to a festival, which typically restricts shows to a maximum of three nights each, in order to increase troupe exposure and generate discussion among practitioners and critics.

Citing author Youssef Idris, Wasfy stressed that theater will always remain a crucial “human need” that recognizes people’s gregarious natures while satisfying their impulse for self-reflection, going on to welcome the participation of this season’s many young troupes. Wasfy noted that this year’s season would boast an unprecedented 85 nights of theater.

All performances will be held at 8.30PM at the Rawabet Theater, located at 3 Hussein Pasha el-Mamar St., off Mahmoud Bassiouny St., Downtown.

For a complete schedule of the theater season, visit Al-Masry Al-Youm’s calender. 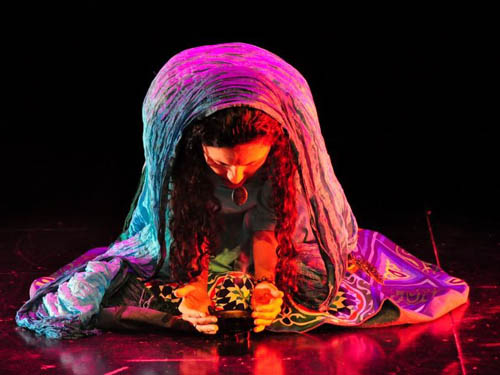 Playwright reflects on role of independent theater in Egyptian revolution

Q&A with Emad Ismail: In search of space