SHARM EL-SHEIKH, Egypt – Palestinian President Mahmoud Abbas gave no indication on Monday of any resumption soon of peace talks with Israel, despite optimism of progress voiced by officials on both sides.

Abbas met Egyptian President Hosni Mubarak at the Egyptian resort of Sharm el-Sheikh, but did not make any comment at a brief news conference about Israeli Prime Minister Benjamin Netanyahu’s proposal for an Egyptian-hosted summit with Abbas.

Israel, Egypt and the United States want Abbas to resume negotiations broken off a year ago over the Gaza war, but he refuses to sit down to talks as long as Israel allows construction of any kind in Jewish West Bank settlements.

Abbas said the Palestinian Authority’s stance had not changed.

“Our stand is known from the past and our stand remains the same — and in agreement with our brothers in Egypt — which is that we have no objections on negotiations or meetings in principle and we do not set conditions,” Abbas said.

There have been signs that progress was being made toward renewing the negotiations.

An aide to Abbas said last week the region would “see important political activity in the next two weeks.” Israel’s ambassador to Washington Michael Oren has said Mubarak has a key role to play in resuming talks.

US President Barack Obama’s Middle East envoy George Mitchell is expected to return to the region early this year, and Egypt’s Foreign Minister Ahmed Aboul Gheit and Intelligence Head Omar Suleiman are due to visit Washington on Friday.

Abbas said he did not know what had happened in talks between Mubarak and Netanyahu in Cairo last week, and added he did not wish to comment on that meeting until after Aboul Gheit and Suleiman returned from Washington. 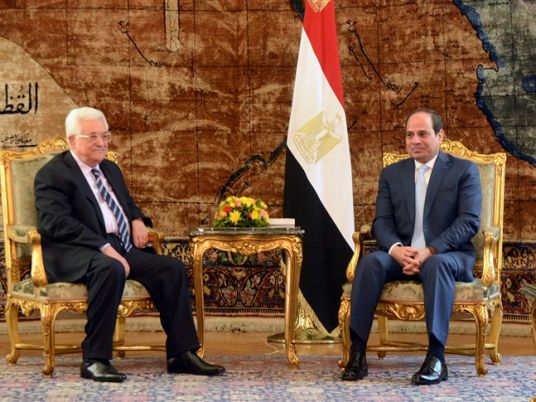 Indonesia: Respect for moderation and tolerance of Al-Azhar