A state-backed newspaper in the United Arab Emirates that was bought by an Emirati who oversees the English soccer club Manchester City is undergoing layoffs, those with knowledge of the firings said Monday.

They told The Associated Press that staffers at The National were informed Sunday they had been let go. They spoke to the AP on condition of anonymity for fear of repercussions.

It wasn't clear how wide the layoffs were or what specific plans The National's new owner had for the daily newspaper. Repeated calls to the newspaper rang unanswered Monday.

The layoffs come after months of turmoil at The National, which was founded in 2008 and staffed with top writers and editors from Western newspapers. Its owner, the state-backed firm Abu Dhabi Media, hoped it would become the Mideast's standard for independent, hard-nosed newspapering.

But while the paper broke local stories on skyscraper fire safety and other issues, it largely stayed away from controversial topics in a country with strict laws governing speech.

In a statement, International Media Investments said: "The National is putting together its team, made of existing and new talent," and will undergo "a digital transformation while retaining its print product." It answered no questions from the AP about the layoffs.

Although the newspaper sale has yet to finalize, staffers had to reapply for jobs at the paper. All this comes as low global oil prices have pinched the economy of the United Arab Emirates, a federation of seven sheikhdoms on the Arabian Peninsula.

Sheikh Mansour is a member of the ruling family of Abu Dhabi, the UAE's oil-rich capital. He also serves as a deputy prime minister and minister of presidential affairs. 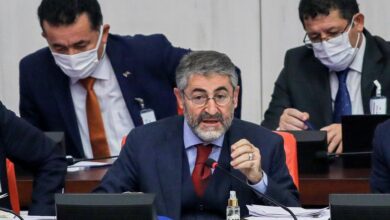