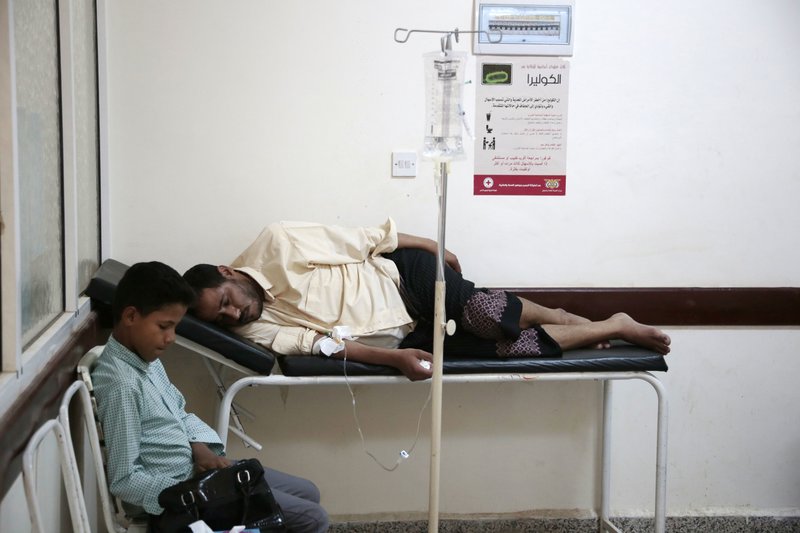 The protesters launched what’s expected to be a fierce movement against Trump’s best-known immigration policy priority. Many of the participants acknowledged they might not be able to stop a project that the US government is already planning, but they hoped to draw national attention to the cause and persuade lawmakers who have yet to sign off on funding for the project.

“We might seem small and insignificant. Maybe we are,” said Anthoney Saenz, a 19-year-old native of the Rio Grande Valley, the southernmost point of Texas and a region where Trump has proposed putting 60 miles (97 kilometers) of wall as part of a $1.6 billion proposal. “But when our voices come together, when we band together as a community to try to get a voice out there, we have to hope we get heard,” he said.

Organizers of Saturday’s protest wanted to make clear the depth of local opposition to the border wall, which as proposed would cut through a federally protected wildlife refuge and split apart several border towns. Some 40 groups took part in the protest, from environmentalists to landowners’ rights groups to immigrant advocates.

The procession grew as it headed south toward the Rio Grande, the winding river that separates the United States and Mexico in Texas. The marchers walked uphill on a dirt path onto the levees, built well north of the river to protect border cities in the valley from flooding.

It ended at La Lomita, a tiny century-old chapel just south of the levee. Some people quietly prayed inside the chapel as a rally went on outside.

While the US House has passed a spending with funding for the wall, it faces an uncertain future in the Senate, where Democrats and some Republicans have spoken against it.

Government contractors have already been taking soil samples along the Rio Grande levees and have begun to examine property ownership records for the land condemnation lawsuits a border wall would likely require, according to local officials and landowners near the river. A map released by US Customs and Border Protection shows tentative plans to build 28 miles (45 kilometers) of wall on the levee in Hidalgo County, the most populous county of the valley. Sections of fencing already stand on about 20 miles of the levee in Hidalgo County, built under the Secure Fence Act of 2006.

The remaining 32 miles (52 kilometers) would go in sections farther west in Starr County, potentially sealing off or splitting some border towns from the river and consigning homes and farmland to what some derisively call “the Mexican side.”

Under the current proposal, the wall would seal La Lomita on the southern side of the levee. It would also cut through the Santa Ana National Wildlife Refuge, a verdant sanctuary for 400 species of birds and nearly half of the butterfly species found in North America. The US Department of Homeland Security can waive environmental reviews to build more quickly, and has already issued a waiver for proposed construction in San Diego.

Scott Nicol, co-chair of the Sierra Club’s Borderlands campaign and an organizer of Saturday’s rally, said some people who were neutral or quiet about the last US government effort to build a border barrier are speaking against it this time.

“Because people have seen the walls go up and see what they do, it’s not sort of an abstract, imagined concept,” Nicol said. “There’s a lot more opposition to it now than there was 10 years ago.”

Marie Montalvo, a resident of San Benito, Texas, said she had been followed by the Border Patrol during a recent visit to Santa Ana to take pictures.

“I want my nieces and nephews, and the children of the Rio Grande Valley, to know that I was completely against this,” Montalvo said.

Image of the United States has plunged under Trump, survey shows