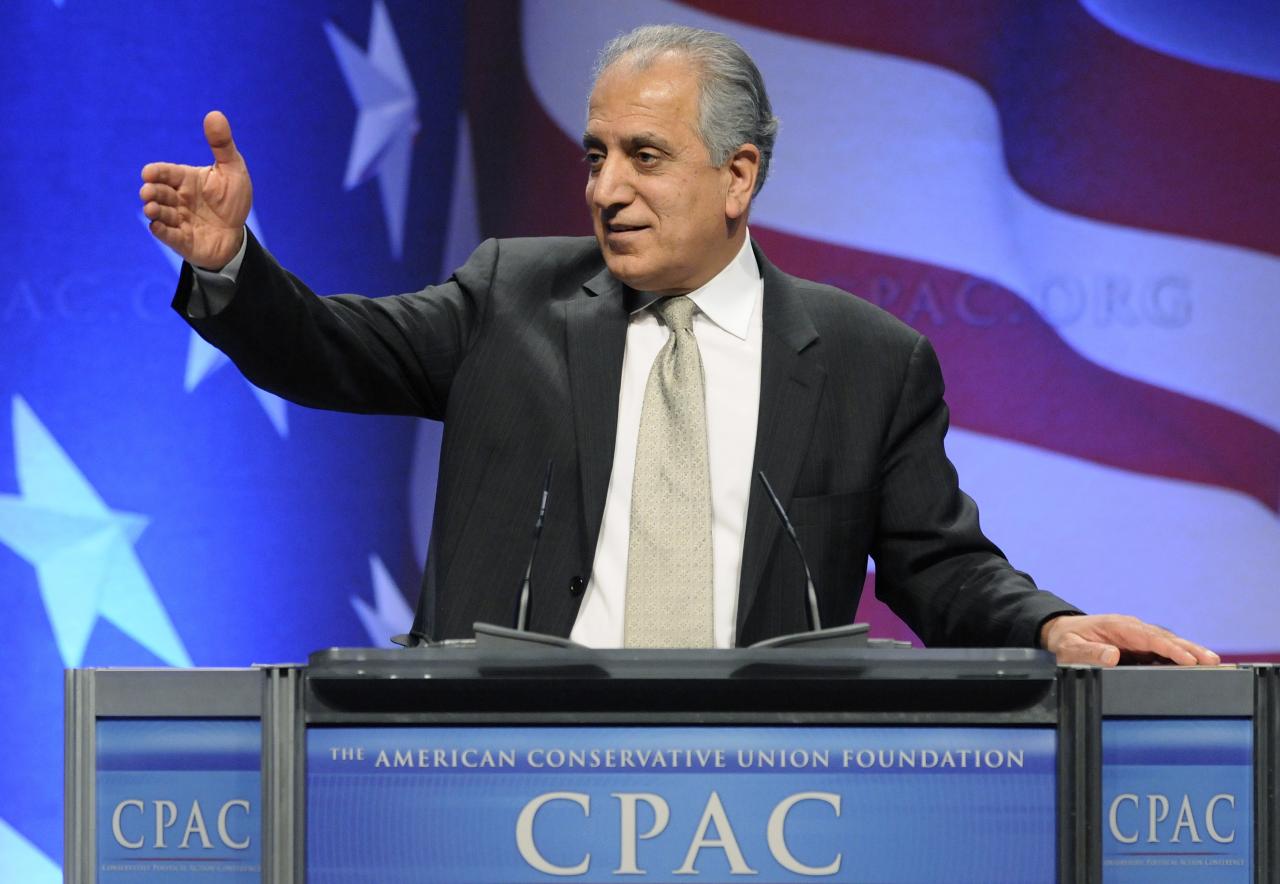 PESHAWAR, Pakistan (Reuters) – The Afghan Taliban rejected reports in the Pakistani media that they were prepared to resume meetings with US special envoy Zalmay Khalilzad in Islamabad and repeated their refusal to deal directly with the Afghan government.

Pakistani newspapers and television stations reported that a meeting in Islamabad was in prospect following discussions between Khalilzad and Pakistani officials including Prime Minister Imran Khan on Friday.

Senior Taliban leaders said that regional powers including Pakistan had approached them and wanted them to meet the US delegation in Islamabad and also include the Afghan government in the peace process but that the approaches had been rejected.

“We wanted to make it clear that we will not hold any meeting with Zalmay Khalilzad in Islamabad,” Taliban spokesman Zabiullah Mujahid in a statement.

Talks between the two sides have stalled after the Taliban accused Khalilzad of straying from the agreed agenda and there is no clarity on when they may resume.

“We have made it clear again and again that we would never hold any meeting with the Afghan government as we know that they are not capable of addressing our demands,” said one senior Taliban leader, who spoke on condition of anonymity.

The United States says any settlement in Afghanistan must be between the internationally recognized Afghan government and the Taliban, who have so far refused to talk to an administration they describe as an illegitimate puppet regime.

The Taliban leader said peace talks with the US delegation could resume if they were assured that only three issues would be discussed – a US withdrawal from Afghanistan, an exchange of prisoners and lifting a ban on the movement of Taliban leaders.

Khalilzad arrived in Islamabad on Thursday and met Pakistani Prime Minister Imran Khan as well as the Foreign Minister Shah Mehmood Qureshi and other officials.

“The two sides reviewed developments post Abu Dhabi, in order to take the Afghan peace process forward,” a foreign office statement said. An Afghan Taliban delegation had a round of talks last month with US officials in Abu Dhabi.

The statement didn’t give any further details on the talks, but several local TV channels reported that Pakistan agreed to host the next round of talks between the Afghan Taliban and the United States in Islamabad.

Khalilzad, an Afghan-born veteran US diplomat who served as George W. Bush’s ambassador to Afghanistan, Iraq and the United Nations, was named by the Trump administration four months ago as a special envoy to negotiate peace.

Washington has long been pushing Islamabad to lean on Taliban leaders, who it says are based in Pakistan, to bring them to the negotiating table.

The United States, which had more than 100,000 troops in Afghanistan at its peak during the first term of former President Barack Obama, withdrew most of them in 2014 but still keeps around 14,000 there.