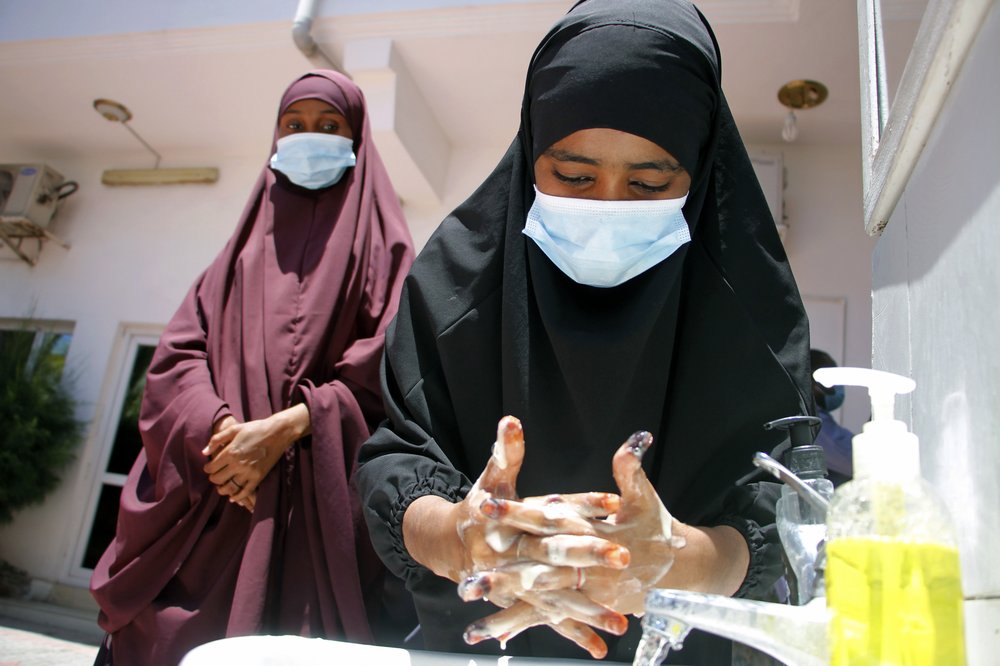 DAKAR, Senegal (AP) — The West African nation of Mali has roughly one ventilator per 1 million people — 20 in all to help the critically ill with respiratory failure. In Peru, with more than 32 million people, about 350 beds in intensive care units exist.

The coronavirus is now moving into parts of the world that may be the least prepared. Some countries in Africa and Latin America lack the equipment or even trained health workers to respond.

Many of their nations are slamming shut borders and banning large gatherings in the hope of avoiding the scenes in wealthier countries such as Italy and the U.S., but local transmission of the virus has begun.

Containing that spread is the new challenge. Africa has less than 800 confirmed cases and Latin America under 2,000, but an early response is crucial as fragile health systems could be quickly overwhelmed.

With such limited resources, experts say identifying cases, tracing and testing are key.

“We have seen how the virus actually accelerates that after a certain … tipping point. So the best advice for Africa is to prepare for the worst and prepare today,” WHO Director-General Tedros Adhanom Ghebreyesus said Wednesday.

“We have different and significant barriers to health care in Africa, which could be a real challenge,” said Dr. Ngozi Erondu, a senior research fellow at the Chatham House Center for Global Health Security.

Many countries in sub-Saharan Africa do not have the isolation wards or large number of health care workers to respond to a surge of COVID-19 patients, she said.

Liberia and Burkina Faso only have a few ventilators for their millions of people.

Dr. Bernard Olayo, founder of the Kenya-based Center for Public Health and Development, said most countries in Africa can’t afford ventilators. Even if ventilators were provided by other countries, it’s not sufficient because of the lack of qualified people to use them.

“It’s complex, it’s very very complex because the patients that end up on ventilators require round the clock care by larger teams,” he said.

Many patients could do well with just oxygen, he said, but close to half of health facilities in African countries don’t have reliable oxygen supplies. Oxygen concentrators can be used, but given the frequent electricity cuts in many countries, oxygen generators and pressure cylinders are needed because they can function while power is out.

The WHO regional Africa director, Dr. Matshidiso Moeti, said the lack of ICU facilities and ventilators is one of the biggest challenges facing the continent.

“We have been able to identify importing a field hospital-type of facility that can be set up and equipped with some of the key items needed, such as ventilators,” she said. Training has begun in Republic of Congo and Senegal so health care workers will be ready to operate it, and World Bank funding is being made available, she said.

It’s not all grim. Elsie Kanza, head of Africa at the World Economic Forum, said many countries are deploying lessons learned from the Ebola outbreak in West Africa in 2014-2016 that killed well over 10,000 people.

The Africa Centers for Disease Control and Prevention was created to respond to that Ebola outbreak. As of Thursday, 43 countries can test for the coronavirus, it said. In addition, Chinese billionaire Jack Ma this week pledged to donate 1.1 million testing kits, 6 million masks and 60,000 protective suits and face shields to share among all African countries.

Meanwhile, Senegal is helping to develop a fast COVID-19 test that is expected in June.

But some including Adama Dempster, a human rights advocate in Liberia, warned that support for African nations’ efforts might dry up if cases soar.

“It’s something that is worrisome because other countries that are so powerful and have the sophistication to deal with things like this are themselves concerned about their own situation,” she said.

Africa isn’t the only continent worried about what’s to come.

Several countries in Latin America are among the least prepared in the world for a pandemic, with healthcare systems already stretched thin.

Peruvian Minister of Defense Walter Martos told local America TV on Monday that the nation has less than 400 respirators available.

“It’s not a lot,” he said. “Really, we don’t have the infrastructure that developed nations do.”

Peru and other nations in Latin America are looking to the experience in Europe as a cautionary tale and hoping to curtail the spread of coronavirus cases before they overwhelm hospitals.

Epidemiologist Cristian Díaz Vélez said those measures could potentially create a slower rise in cases that is more manageable for Peru’s medical system. He said the country has around 300 to 350 beds in intensive care units, half of which are now in use.

“It will overwhelm our healthcare system,” he said, if cases skyrocket.

Other countries in Latin America could fare far worse.

Venezuela ranks 176th of 195 nations worldwide in preparedness for a health crisis, according to the Global Health Security Index, a project of the John Hopkins Center for Health Security and the Nuclear Threat Initiative.

The nation’s healthcare system has been crippled by years of economic contraction, political chaos and a humanitarian crisis, with rising infant mortality rates and critical shortages of water and medicine.

A migration crisis in which over 4.5 million people have fled – one of the largest exoduses in the world today – could exacerbate the spread of the virus throughout the region.

That is of particular concern in Colombia, where nearly 2 million Venezuelans now live. Hospitals along the border have seen their capacity stretched. The coronavirus pandemic could tip them further over the edge.

“The health system obviously has a capacity that could be clearly surpassed, in Colombia and in any country in Latin America,” said Dr. Alfonso Rodríguez-Morales, vice president of the Colombian Association for Infectious Diseases.