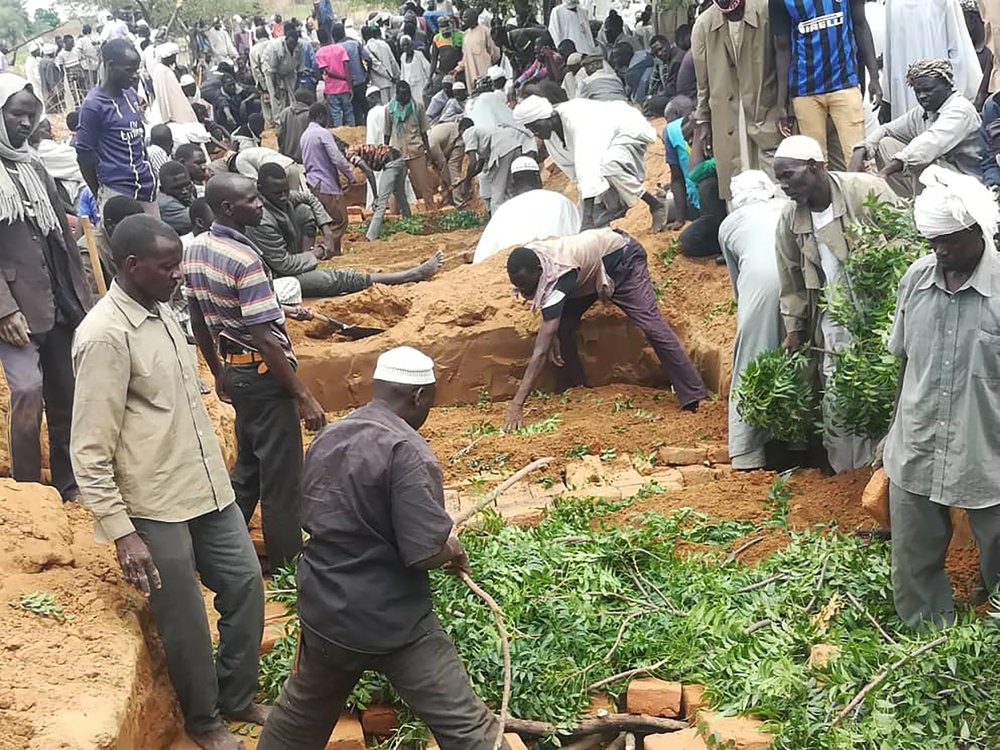 CAIRO (AP) — A recent surge of violence in Darfur, the war-scarred region of western Sudan, has deprived more than 14,000 children of medical care, a leading aid group reported on Thursday.

Save the Children said it was forced to close two major health facilities and its field office in the village of Masteri in west Darfur. An assault there last Saturday killed 60 civilians, including five toddlers, according to the UN.

Hundreds of Arab militiamen shot families, stole livestock and torched hundreds of homes in the area, forcing over 10,000 to run for their lives and leaving residents in dire need of aid, according to the UN. Save the Children said it had no choice but to close facilities that provide nutritional and health services, fearing for the safety of its staff.

“If the centers are not reopened soon, children’s lives will be put at further risk,” said Arshad Malik, the group’s Sudan director, at a time when a staggering 1.1 million children are facing severe hunger in Sudan, more than twice the amount reported last year. “This conflict can only increase the number of children in need.”

Residents of Masteri say they are stranded.

“We have no hospital, there is effectively no help, and people are terrified,” said Mustafa Younes, a senior leader of the displaced community in Masteri.

Earlier this month, on July 13, he watched dozens of militiamen on horses and camels storm the town and kill two women, one who he knew to be pregnant.

“The farms are burned and hundreds are fleeing to Chad, they are not taking anything with them,” Younes said.

The episode in Masteri was just the latest in a string of at least seven attacks in the past few weeks that recalled the brutal tenure of ousted autocrat Omar al-Bashir. In the early 2000s, al-Bashir waged a scorched-earth counterinsurgency campaign against ethnic minority rebels who blamed the government for economic and political marginalization.

Government forces and primarily Arab militias known as the Janjaweed are accused of widespread atrocities in the conflict, which killed over 300,000 people and forced 2.7 million to flee their homes. Al-Bashir, now imprisoned in the capital, Khartoum, was indicted for war crimes and genocide by the International Criminal Court.

Al-Bashir’s government collapsed when the military removed him from power in April 2019 following months of massive street protests. A ruling council jointly composed of civilian and military leaders is navigating a fraught transition to democracy and has promised to bring security to Darfur.

But Darfuris say their suffering is the same.

“These attacks are out of the Bashir days,” said Adam Regal, spokesman for a local organization that runs displacement camps in Darfur. “The government is not only allowing the Janjaweed to kill, but encouraging it.”

He pointed to an incident earlier this month, when Sudanese armed groups brutally dispersed protest camps in North Darfur, leaving over a dozen dead.

“We have only one goal, and that is to feel safe, to work our fields in peace,” Regal said. “This is planting season, and if we don’t get our seeds in the ground, we will see famine next year.”

Image: Residents dig a mass grave for victims of an attack that left over 60 dead in the village of Masteri in west Darfur, Sudan Monday, July 27, 2020. A recent surge of violence in Darfur, the war-scarred region of western Sudan, has deprived more than 14,000 children of medical care, a leading aid group reported on Thursday, July 30, 2020. (Mustafa Younes via AP)

After losing jobs, many Sudanese struggle to make ends meet in Egypt