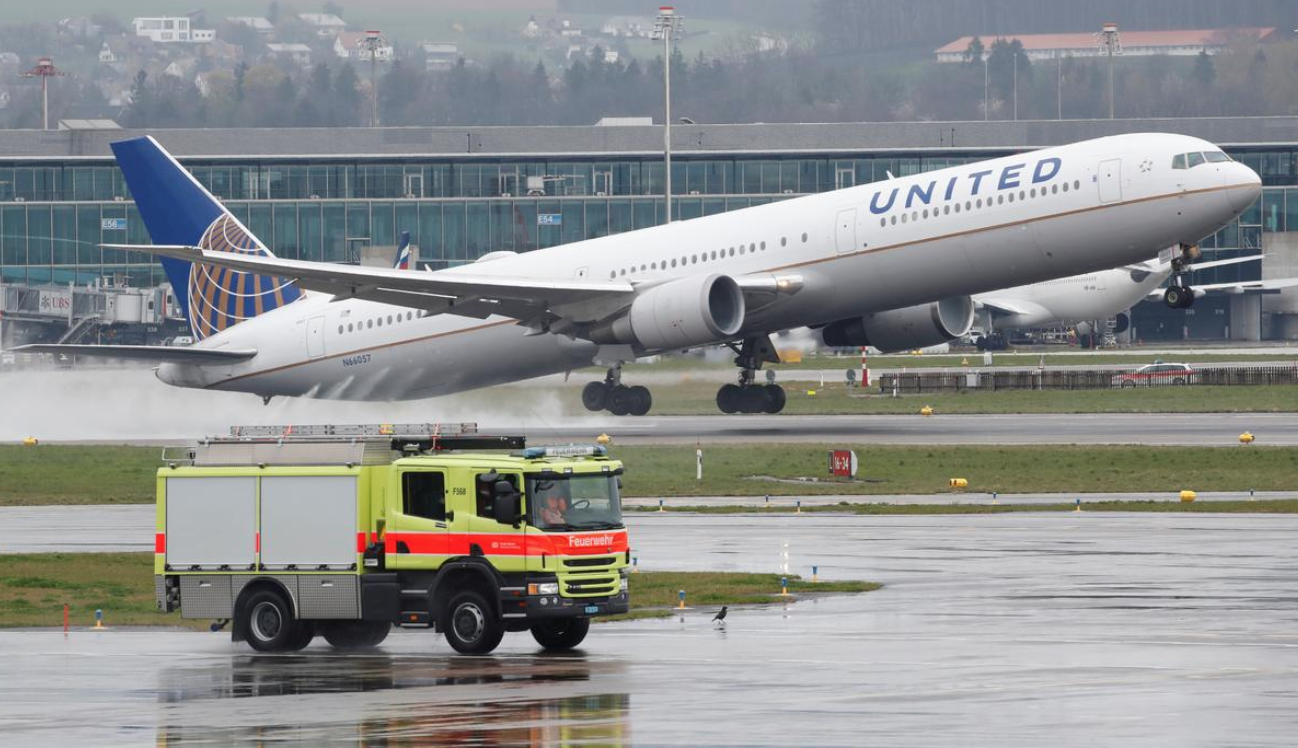 (Reuters) – Some global airlines are re-routing flights to avoid Iran-controlled airspace over the Strait of Hormuz and Gulf of Oman, they said on Friday, after the U.S. aviation regulator barred its carriers from the area until further notice.

Thursday’s emergency order from the U.S. Federal Aviation Administration (FAA) came after Iran took down a high-altitude U.S. drone with a surface-to-air missile, sparking concerns about the safety threat to commercial airlines.

The downing of the unarmed Global Hawk drone, which can fly at up to 60,000 ft (18,300 m), was the latest in a series of incidents in the Gulf region, a critical artery for global oil supplies, that included explosive strikes on six oil tankers.

According to flight tracking applications, the FAA said, the nearest civil aircraft was operating within around 45 nautical miles of the unmanned aircraft when it was shot down.

“There were numerous civil aviation aircraft operating in the area at the time of the intercept,” it said, adding that its prohibition would stay in place until further notice.

Malaysia Airlines, Australia’s Qantas Airways Ltd, Singapore Airlines Ltd and KLM of the Netherlands said they were re-routing flights to avoid the area.

The FAA said it remained concerned about the escalation of tension and military activity in close proximity to high-volume civil aircraft routes as well as Iran’s willingness to use long-range missiles in international airspace with little or no warning.

In July 2014, Malaysia Airlines Flight MH17 was shot down by a missile over Ukraine, killing all 298 on board, prompting carriers to take more steps to uncover threats to their planes.

The U.S. bar does not apply to airlines from other countries, but OPSGROUP, which provides guidance to operators, said carriers globally would take it into consideration.

“Since MH17, all countries rely on advice from the U.S., the U.K., France and Germany to highlight airspace risk,” it said. “The threat of a civil aircraft shootdown in southern Iran is real.”

At 0640 GMT on Friday, flight tracking website Flightradar24 showed flights of Qatar Airways and Emirates in the area barred to U.S. carriers. The two airlines did not immediately respond to a request for comment outside business hours.

Etihad Airways, which was flying over the area earlier, according to FlightRadar24, said it was monitoring the situation and had adopted contingency plans.

“We will decide what further action is required after carefully evaluating the FAA directive,” the Abu Dhabi-based airline said. “We are working closely with the United Arab Emirates General Civil Aviation Authority.”

United said it had suspended its flights to India through Iran airspace after a “thorough safety and security review,” but did not say how long the suspension would last.

A United spokesman said customers flying from Mumbai to Newark would be booked on alternative flights back to the United States.

“We continue to explore all our options and remain in close contact with relevant government authorities,” he added.

Netherlands flag carrier KLM was no longer flying over the Strait of Hormuz, a spokesman said on Friday.

Malaysia Airlines said it was avoiding the airspace, which it had previously used on flights between Kuala Lumpur and London, Jeddah and Medina.

“The airline is closely monitoring the situation and is guided by various assessments, including security reports and notices to airmen,” it added.

Qantas said it was adjusting flight paths to avoid the Strait of Hormuz and Gulf of Oman until further notice. Singapore Airlines said some flights might require longer routings to avoid the area.

Reporting by Jamie Freed in Singapore and David Shepardson in Washington; Additional reporting by Tracy Rucinski in Chicago, Toby Sterling in Amsterdam, Liz Lee in Kuala Lumpur and Tim Kelly in Tokyo; Editing by Clarence Fernandez and Nick Macfie

Trump calls off Iran strikes at the last minute: NYT

Iran says shot down US drone over its territory