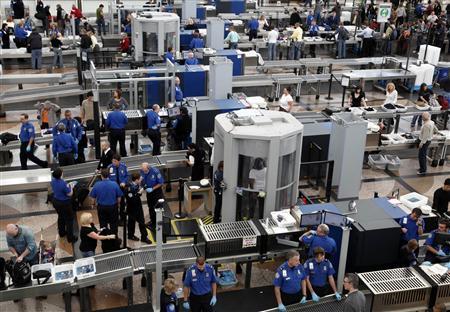 LONDON — A Saudi bomb maker believed behind several failed but ingenious attempted attacks on the West is the most likely creator of an improved "underwear bomb" discovered in a plot foiled by US and allied authorities, security experts and officials say.

Ibrahim Hassan al-Asiri, who once provided the bomb for a suicide mission by his younger brother, a fellow militant, is described by security officials as one of the most dangerous and innovative explosives experts ever to serve Al-Qaeda.

Believed to be in his early 30s, Yemen-based Asiri became an urgent priority for Western counter-terrorism officials following his alleged role in planning strikes on the United States in 2009 and 2010, plots that included the failed bombing of an airliner over Detroit on Christmas Day in 2009.

Asiri, who survived a US drone missile attack last year, has drawn scrutiny for his skill at fashioning bombs using a hard-to-detect powdery substance called pentaerythritol tetranitrate, or PETN, and hiding them in clothing or equipment.

"If we assume Asiri is behind all these attacks, then he is at the top of the list of the most dangerous Al-Qaeda operatives," Mustafa Alani, a Gulf security expert with good Saudi contacts, told Reuters.

Richard Barrett, who heads the Al-Qaeda-Taliban sanctions monitoring committee at the United Nations, said he was "pretty certain" Asiri was the top suspect in the latest plot.

"He has a particular skill for making things which are effective without being detectable," he said. "This example looks like an evolution from the one he gave the Christmas Day bomber … and so I think it is likely to have been his."

'Devices of the utmost sophistication'

The Obama administration said on Monday that authorities in the Middle East recently seized an underwear bomb which they believe Al-Qaeda's Yemen-based affiliate, Al-Qaeda in the Arabian Peninsula (AQAP), had intended to give to a suicide bomber to blow up an airliner bound for the US or another Western country.

The discovery of an AQAP international plot at such an early stage will have been a source of guarded relief to some in Western governments, given that other such attempted bombings have been found uncomfortably late in the execution phase.

The Detroit plot for example was discovered only when the device misfired as the airliner flew over US territory.

A 2010 plot, in which two cargo planes bound for the United States contained bombs concealed in printer cartridges, was discovered only after repeated searches of the aircraft.

Then-British Security Minister Pauline Neville-Jones, hinting at the plot's late detection, described the conspiracy as "an attack involving devices of the utmost sophistication. That it was not a success is down to the professionalism of our security services and those of our partners."

A Riyadh-born former chemistry student who once plotted to bomb oil facilities in Saudi Arabia, Asiri served nine months in jail in Saudi Arabia for attempting to join a militant group in Iraq to fight US troops there.

He later moved to Yemen and joined AQAP, providing the bomb that killed his younger brother in a failed bid to assassinate Saudi counter-terrorism chief Prince Mohammed bin Nayef in 2009.

Later that year, security sources say, Asiri was behind the attempted bombing of Northwest Airlines flight 253 over Detroit on Christmas Day. Both the Detroit airliner bomb and the bomb used in the failed attack on the Saudi prince turned out to have been sewn into the would-be bombers' underwear, rather than implanted inside body organs or cavities, US officials say.

'Only one major bomb maker'

The cartridge bomb plot followed in 2010.

In an English-language Al-Qaeda online magazine called Inspire, the network boasted that the cartridge plot cost only $4,300 and had achieved one important goal by scaring the West.

It hinted that Asiri had trained others in his Yemen-based group, saying: "Isn't it funny how America thinks AQAP has only one major bomb maker?"

Gauging the extent of Asiri's inventiveness, and of his ability to inspire the imaginations of his colleagues, has become a preoccupation of Western security officials.

US and allied officials, for example, say they are increasingly concerned that doctors working with AQAP will implant bombs inside living militants to try to circumvent airport security measures and bring down planes.

However experts suspect that Asiri's expertise may not be easily transferable. "He may have tried to train people," said Barrett. "But I think he has a particular ability which is probably not easily learned by others, and clearly we haven't seen more of these things emerging yet."

Will McCants, an analyst of violent Islamist movements at CNA, a US non-profit research organization, told Reuters that from the US perspective Asiri was among the most dangerous Al-Qaeda operatives. He was "very, very clever at getting around US and allied security measures."

But he added: "I just don't think his innate imagination can be easily passed along."