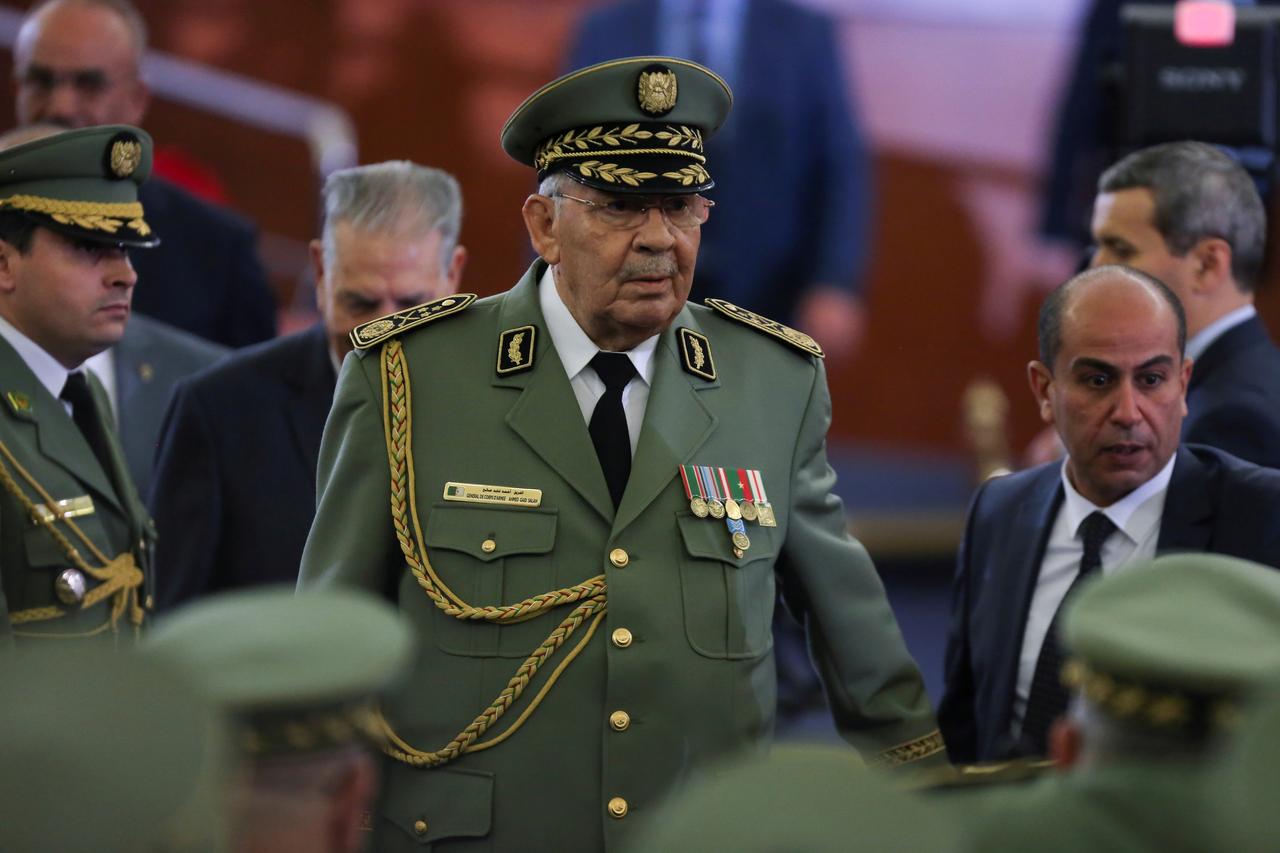 The 79-year-old’s death comes at a time of mass protests across Africa’s largest country, with many Algerians demanding that the ruling elite relinquish power and the influential military step back from politics.

Gaed Salah’s departure may not signify major changes to Algeria’s economic and political policies, however, with the country’s senior generals united over the handling of the protests.

“The army hierarchy is unified and it will move on after Gaed Salah as it did before him. Algeria’s army is a single block, not under the influence of one general but with consensus as its engine,” said a retired general who asked not to be named.

President Abdelmadjid Tebboune announced a three-day mourning period and said the head of land forces, General Said Chengriha, would take over as acting chief of staff of the military.

Gaed Salah’s death comes less than a week after Tebboune was inaugurated following an election that the army had pushed for as the only way to resolve the crisis over the mass protests. Demonstrators opposed the vote and official figures showed only 40% of the electorate cast ballots.

The authorities have so far rejected any systematic attempt to crush the protests with violence, allowing them to continue each week but stepping up the police presence in recent months and detaining many demonstrators.

“He kept his promise to save the blood of Algerians during a tough period,” Islam Benatia, a prominent figure in the protest movement, said on Facebook.

The army’s central role in Algerian politics was underlined last week when Tebboune’s first act after being sworn in was to embrace Gaed Salah and present him with an order of merit.

The army then backed a series of arrests of Bouteflika allies and senior businessmen in an anti-corruption campaign that was widely seen as a purge of the military’s rivals within the ruling system.

But it was not enough to appease the protesters, many of whom had begun calling for Gaed Salah’s resignation. One constant chant throughout the protests has been for “A civilian state, not a military state”.

The army has been central to Algerian politics since it won independence from France in 1962 following a guerrilla war against the colonial power. Most of the country’s leaders since that period, including Gaed Salah and the new acting army chief Chengriha, have been veterans of that struggle.

Gaed Salah received military training in the Soviet Union and became head of Algeria’s land forces in 1994, early in the civil war between the state and Islamist insurgents that killed 200,000 people.

Bouteflika appointed him army chief a decade later. In the past 15 years he consolidated the military’s power in the ruling elite, helping Bouteflika face down the once-dominant intelligence service.

As Bouteflika and his allies were ousted this year, the army’s central role became more pronounced and Gaed Salah emerged as the most powerful figure in the country.

He pushed hard for this month’s election to replace Bouteflika, a vote that the protesters rejected as a charade designed to keep the ruling elite in place, but was seen by the army as necessary to restore constitutional rule.

“Thank God we have a president now. Imagine what would have happened if there was no president,” said another retired general.

Gaed Salah’s funeral will take place on Tuesday, a day on which students have been staging weekly protests for much of the year.