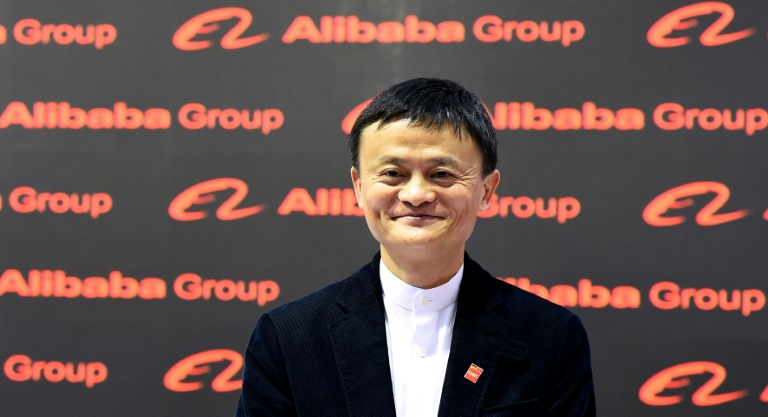 Alibaba co-founder Jack Ma announced on Monday he would step down as head of the pioneering Chinese e-commerce giant in one year, a departure already drawing comparisons to the retirement of late Apple founder Steve Jobs.

Analysts said the early withdrawal of 54-year-old Ma, the charismatic face of a company that has revolutionized how and what China’s people consume, will challenge Alibaba to carry on Ma’s vision amid rising competition.

But like Apple’s transition to current boss Tim Cook, Alibaba’s CEO and anointed successor Daniel Zhang is less magnetic than his predecessor but has proven an able steward since effectively taking the operational reins years ago, they said.

“Day-to-day operations-wise Alibaba will not be affected that much. But since he’s (Ma) the face of the company, people may lose a little bit of faith,” said Jackson Wong, associate director with Huarong Securities in Hong Kong.

“But where Jobs died, Ma is expected to stay on in an advisory role, so there shouldn’t be too much impact.”

Ma — who turned 54 on Monday — said in a statement he will serve as executive chairman until his 55th birthday before passing the torch to Zhang.

“I will work closely with Daniel to ensure a smooth and successful transition,” Ma said.

Ma, who has expressed a desire to follow in the philanthropic footsteps of Microsoft founder Bill Gates, said he would remain on Alibaba’s board until 2020.

“The one thing I can promise everyone is this: Alibaba was never about Jack Ma, but Jack Ma will forever belong to Alibaba,” he said.

A former English teacher, Ma started Alibaba in 1999 in his apartment in the eastern city of Hangzhou — where its headquarters remain — building an e-commerce colossus and becoming one of the world’s richest men and most recognizable figures in China.

Ma’s net worth is more than $40 billion, according to the Bloomberg Billionaires Index, and Alibaba, which has shares listed in New York, was valued at $420.8 billion as of last Friday.

Alibaba sought to reassure investors over the change, with Ma saying he had “full confidence” that a leadership team in place for years will “win support from customers, employees and shareholders”.

“He’s always been building team and culture, never technology, so he’s made himself unnecessary,” Towson said.

“Is the internal culture already so ingrained that it’s an Alibaba culture, not a Jack Ma culture? I think that’s become true.”

With his impish grin, Ma in recent years has largely acted as a globe-hopping ambassador, including playful antics such as dressing up as Michael Jackson for a dance routine at a company gathering last year, while leaving Alibaba’s running to others.

But while Alibaba loses an iconic figurehead, the brains remain with Zhang, analysts added.

It’s largely been under the more reserved Zhang’s stewardship that Alibaba’s two main e-commerce platforms, Taobao and Tmall, have turned into cash cows as other arms like digital payments have also flourished, they said.

With Zhang as CEO, the company has continued to wow investors each quarter with sterling revenue growth.

“Tim Cook can’t innovate like Steve Jobs but he has turned Apple into one of the world’s largest companies in a way Jobs never could,” Towson said.

“So they question is: can Daniel Zhang be Tim Cook?”

The news comes with Alibaba’s cyber-dominance under challenge from rivals like Tencent, JD.com, and other upstarts.

But Alibaba is pouring investment into new initiatives to broaden its ecosystem and stake out turf in new territory including bricks-and-mortar retail, cloud computing, AI, digital media, movies, the grocery sector, meal deliveries and advertising.

Alibaba did not specify Ma’s future plans, but the former teacher has made expanding access to education a pet project.

“I still have lots of dreams to pursue. Those who know me know that I do not like to sit idle,” he said.