From decorated pottery to intricate wall carvings, ancient Egyptian artifacts serve as records of life along the Nile Valley for the past 6,000 years, including its decline. Animal depictions in artwork show the rise and fall of mammal species over the millennia and reveal an environment that became increasingly unstable through drought and human population growth, a study published in the journal Proceedings of the National Academy of Sciences shows.

Several large mammal species that were common along the Nile thousands of years ago have long since disappeared. In 4000 B.C. there were 37 species of large-bodied mammals in Egypt. Today, there are only eight, said a statement from the University of California Santa Cruz, which led the study that traced the ecological collapse of Egypt through its artifacts. Among the species that were once present in the Nile Valley were wild dogs, lions, elephants, oryx, hartebeest and giraffe.

"What was once a rich and diverse mammalian community is very different now," Justin Yeakel, a biologist at the Santa Fe Institute in New Mexico, said in a statement. "As the number of species declined, one of the primary things that was lost was the ecological redundancy of the system.”

Diversity, Yeakel explained, was important because it helped preserve the number of larger species in the region by giving predators more food options. “When there are fewer of those small herbivores, the loss of any one species has a much greater effect on the stability of the system and can lead to additional extinctions,” he said.

Researchers identified five times in the past 6,000 years when Egypt’s mammal populations changed dramatically. Three of these declines occurred at the same time as extreme shifts in the environment and during surges in the human population.

Although the correlation between ancient Egyptian artwork and animal loss is not perfect, researchers say the analysis reveals certain patterns in the region’s historical animal groups. Combined with environmental and historical studies, the research provides conservationists with a clearer picture of animal life in Egypt over time.

"We see a lot of ecosystems today in which a change in one species produces a big shift in how the ecosystem functions, and that might be a modern phenomenon,” Yeakel said. “We don't tend to think about what the system was like 10,000 years ago.” 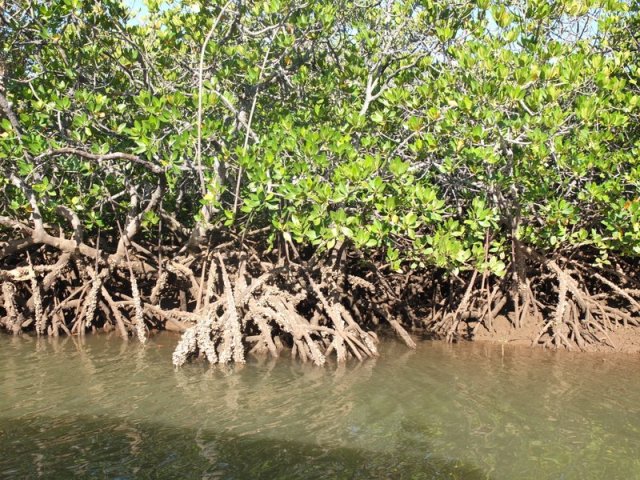 Preserving one of Egypt’s most efficient ecosystems: The mangrove