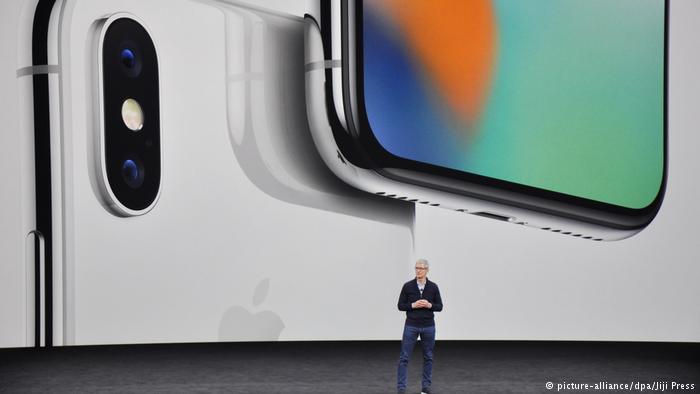 Stock market regulators are examining Apple’s failure to disclose the slowing of older iPhones, US media reports. Several lawsuits are pending after the firm admitted it intentionally reduced the speed of some devices.

US prosecutors and the country’s stock market regulator are examining   Apple’s admitted practise of purposefully slowing down older iPhones to extend battery life, the Wall Street Journal and Bloomberg reported on Tuesday.

The US Department of Justice and Securities and Exchange Commission are investigating whether the smartphone maker violated financial services laws, the two publications said.

In December, Apple apologized for the slowdown after a blogger’s tests revealed the secretive practice, which happened when older phones automatically received a software update in early 2017.

The revelations led to Apple being accused by French investigators of incorporating planned obsolescence into its technology, which it denied.

It promised to release a software update later in the year that allows users to switch off the slowing feature. It also planned to offer discounts to replace the batteries in some handsets.

Lining up for legal action

Apple also faces a slew of lawsuits in the US and Russia that allege the company aimed to encourage sales of newer models by letting consumers think their slowing handsets needed replacing, rather than just the battery.

Investors are eagerly awaiting Apple’s quarterly earnings release on Thursday, which will likely include the latest iPhone sales figures.

Concern is building that the California-based company is selling fewer of its iconic iPhone X handsets than previously expected, after reports suggested production of its latest phone was being halved.

Apple was previously investigated by the US Department of Justice in 2012 over the price of digital book downloads. Two years earlier, the iPhone maker reached a settlement with investigators over employee anti-poaching agreements between itself and other tech firms.

Amazon must pay $295 million in back taxes, EU says

Apple may test the bounds of iPhone love with a $1,000 model