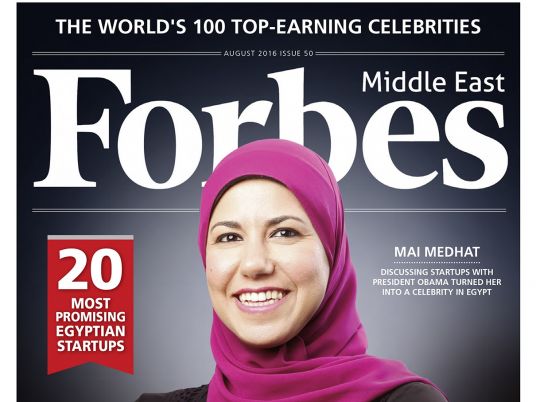 In a response to the US President Donald Trump's recent visa ban on citizens from or born in seven countries in the Middle East and Africa, the Harvard Business Review (HBR) published a study

documenting how Arab inventors' contributions to the country and major US tech companies have increased dramatically over the last 15 years.

“From Hassan Kamel Al-Sabbah, a Lebanese-born American serial inventor, to Ahmed Zewail, the 1999 Nobel laureate in chemistry, to Farouk el-Baz, a NASA and MIT scientist who helped plan the Apollo landing, to Elias A. Zerhouni, the 15th director of the National Institutes of Health, Arab immigrants have made major contributions to American science and technology,” the study said.
The study was based on matching Arabic first names with international patent applications filed under the Patent Cooperation Treaty (PCT). This data includes patents by people residing in the US and around the world.

“It turns out that the US is a major home for Arab inventors,” the HBR said. 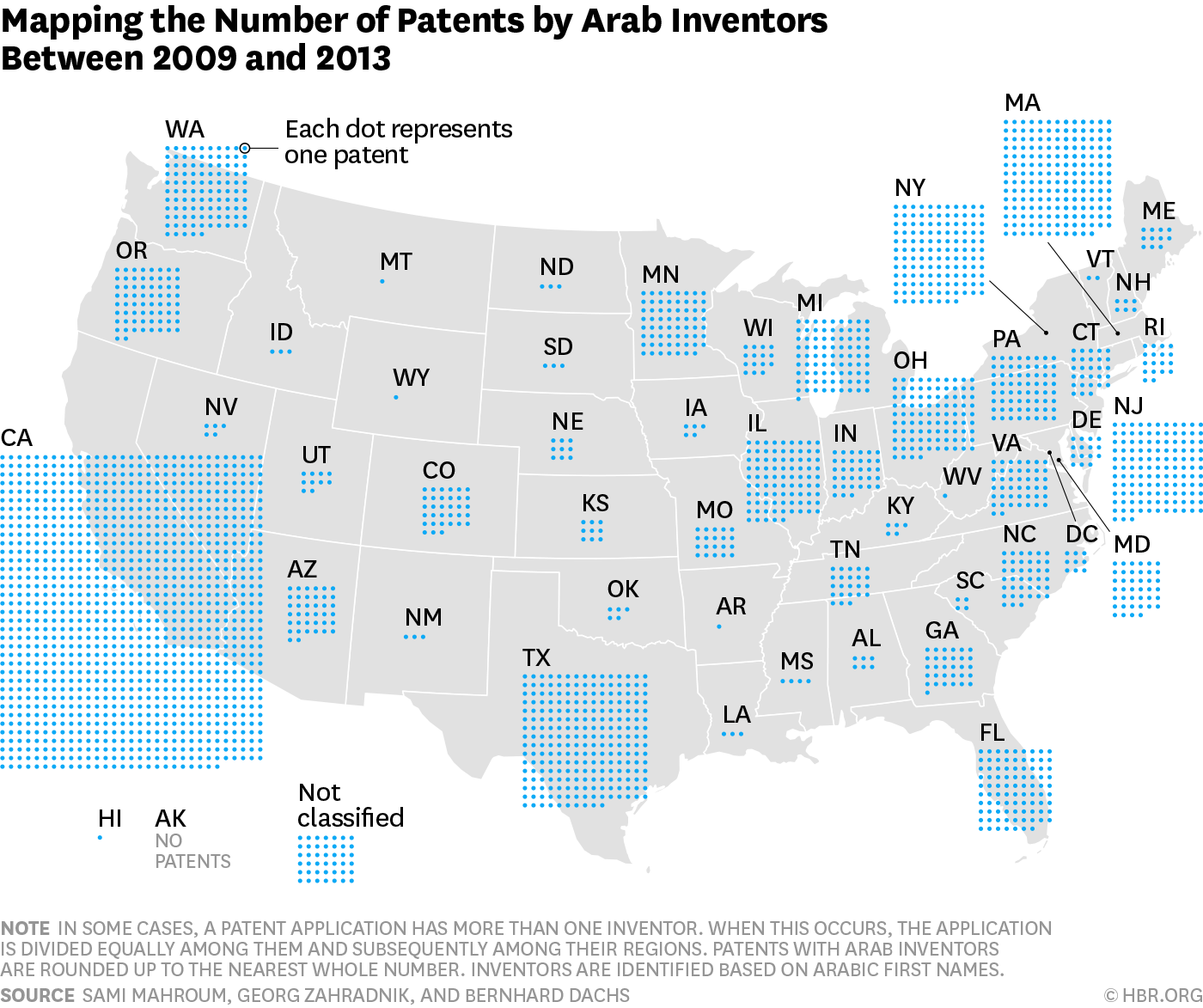 It gave California an example. The state had 1,134 patents and more patent filings by Arab inventors than any country outside the US which serves as a home for more than one-third of PCT patent applications from Arab inventors in the US and about 16 percent of all Arab patents worldwide.

The HBR research showed that not only is the US the main home of Arab inventors, as the number of Arab patents hiked 62 percent over the last 10 years, jumping from 1,826 patent applications in the period between 1999–2003 to 2,962 applications in the period from 2009–2013, but also that this growth rate was about 2.6 times higher than the respective growth rate of 40 percent for total US patenting in the same time period. 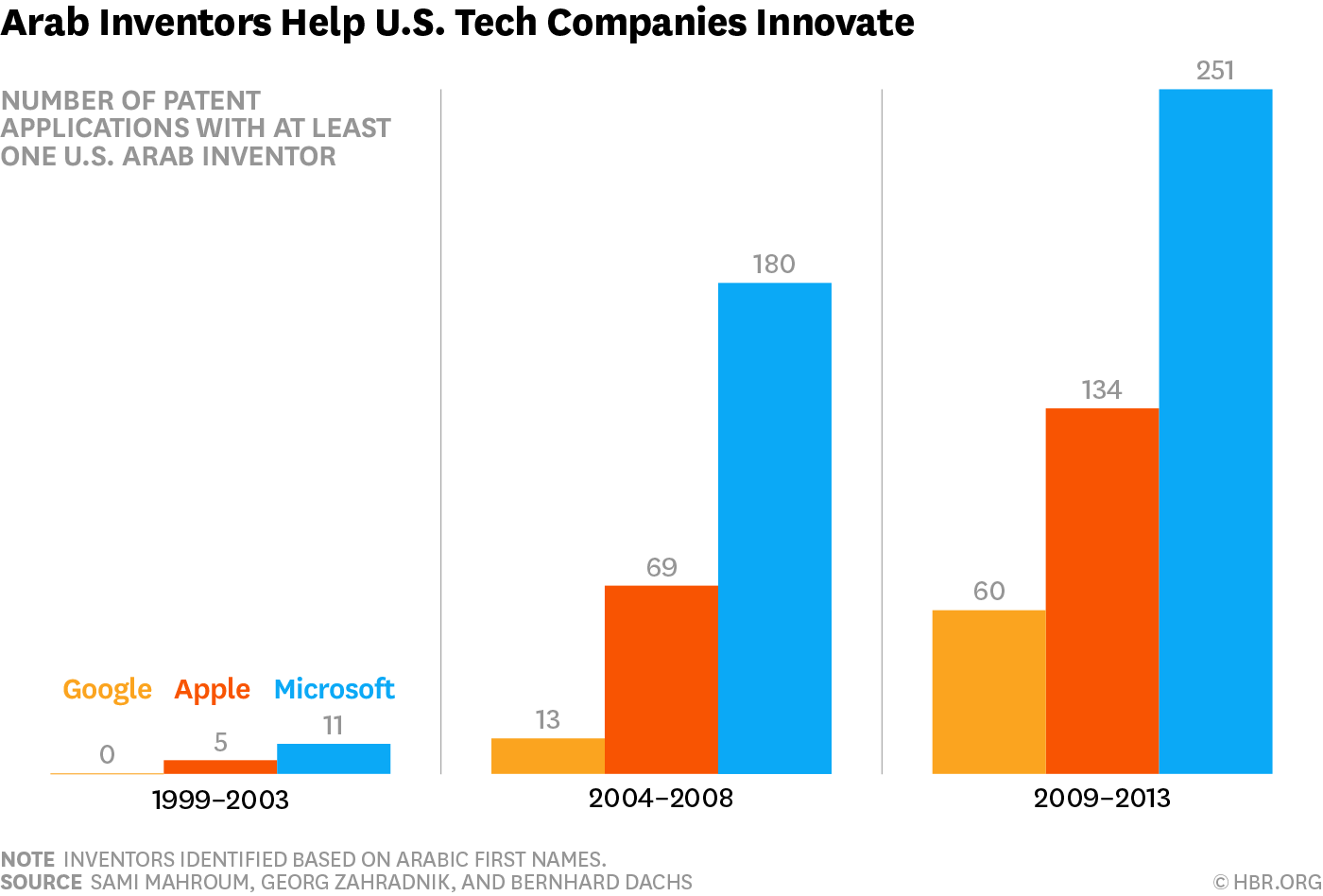 "Europe is also home to Arab inventors, but far fewer. There were only 1,424 patent applications from the 28 EU countries that included an Arab name associated with them," the study said.

Meanwhile, the study mentioned the contribution of Arab inventors to America’s tech scene and their strong precense in Silicon Valley, Boston and other places. It mentioned names of well-known Arab entrepreneurs including Amr Awadalla, the Egyptian-born American computer scientist and co-founder of Cloudera, the US-based software company that provides Apache Hadoop-based software, support and services and training to business customers.

The study shed light on immigration issues that are faced by Arab inventors who weren’t born in the US, saying that skilled Arab immigrants are more likely than other major ethnic groups to arrive in the US on a non-skilled visa. It explained that Arabs and people from the Middle East and North Africa in general do not benefit much from the H-1B visa which is a non-immigrant visa that allows US employers to temporarily hire foreign workers in specialty occupations.

“They are collectively receiving fewer than 10 percent of total visas granted to foreign-born skilled workers. While there were around 108,000 students from the Middle East and North Africa in the US in 2016, people from these regions are not among the top recipients of PhDs at US universities,” the study says.

The study suggested that the bulk of Arab inventors are residing at the US through other immigration channels, such as family reunion and as refugees which explains the immigration debate going on in the US.

Finally the study believed that the recent visa ban will weigh badly on the American and foreign companies in the US, especially those with R&D operations, saying that the management of R&D projects will become more difficult and less efficient as the movement of personnel between firms’ US and international sites becomes more complicated.

“Furthermore, projects’ staffing as well as companies’ hiring could become extra sensitive to the potential risk of denial of entry to the US, putting logistical conveniences ahead of merit, efficiency, and effectiveness. Finally, both domestic and international companies will have a greater incentive to relocate some of their R&D activities to outside the US in order to avoid the hassles associated with border crossing in and out of the US,” it said.