It might sound like a swear word, but “fracking” isn’t causing a stir because of its sound. It’s a drilling method that has caused worry among some local environmentalists, who warn it could contaminate the environment.

Also known as hydraulic fracturing, fracking has spurred controversy in the US, but only came onto the local radar after the Royal Dutch Shell oil company claimed this summer to be the first company to tap into previously out-of-reach North African gas reserves in the Western Desert by using a type of fracking that uses foam.

Oil and gas companies have previously used fracking to drill for gas trapped deep in the earth, but now the Egyptian Initiative for Personal Rights (EIPR) is demanding an immediate moratorium on the practice.

Fracking is used to tap into extremely deep fossil fuel reserves — located 7,000 feet or more below the earth’s surface — by vertically drilling down inside a hollow steel and cement casing, then bending the tunnel horizontally into the desired layer of rock that is trapping gas and preventing it from getting to reservoirs that traditional welling techniques can access.

After the tunnel is made, millions of liters of water and sand, combined with a cocktail of chemicals and substances, are then pumped into the cavity to send shocks through the rock layer and crack it open to release the trapped fossil fuels. Each company uses different chemical mixtures and techniques, such as gel or foam fracking.

The mixture is then removed, and the oil and gas is set free to be collected, purified and sold.

Proponents of the method — particularly in the US, where it has long been controversial — have praised it as being the road to energy independence, as the US is covered with extremely deep wells that can only be accessed through fracking.

The US had successfully used fracking without controversy to obtain fossil fuels for about 60 years. But then a documentary called “Gasland,” made in 2010, showed residents living next to fracking wells being able to set their tap water and rivers on fire, while their properties were covered with dead animals.

The film prompted many environmentalists to oppose fracking, and several US states, as well as countries including France and Australia, banned the practice.

Many say independent studies from renowned scientists and environmentalists around the world show that when fracking bores are made, the drills break through many other layers of underground water, gases, dirt and rock. Methane, benzene and other chemicals used are then able to seep into these layers and surrounding soil and water, and eventually the atmosphere.

The millions of liters of water that fracking requires also can become polluted by chemicals during the process.

It could be a nightmare for environmentalists in a country like Egypt, which faces severe water threats and lives almost solely off the Nile.

Fracking bans have usually been put in place for the same reason: the country’s clean water comes from a single source.

“We are not looking for a permanent ban on fracking,” says Reem Labib, environmental justice and rights researcher at EIPR. “We simply want it halted until comprehensive studies can be done to ensure Egypt has the facilities to monitor fracking efficiently. If the Nile becomes completely toxic, what will become of Egypt?”

Shell is the first company to use foam fracking in North Africa. Other gas companies have been using different versions of the method for years.

The United Arab Emirates-based Dana Gas has been fracking in Kom Ombo in the Nile Valley, and the Texas-based Apache Corporation has used the technique in the Western Desert near important aquifers. Local companies have also drilled using this method.

Dana Gas was unavailable for comment on this article, but Shell and Apache representatives confidently said they completely abide by Egypt’s many oil and gas regulations and provide the required environmental impact reports to obtain fracking permits.

Bill Mintz, Apache’s public relations director in Houston, explains that fracking has only proven to be dangerous when irresponsible companies do not use the proper, clean materials and dispose of their waste properly. “That was the big problem in the US — that many irresponsible fracking procedures were dumping their wastewater on surrounding surfaces,” he says.

“Gasland” highlighted this aspect of the problem, but studies also show breakages in steel hollow casings that enter the bores, which have also cracked in the past and allowed toxic substances to escape.

Nonetheless, it is precisely this hit-and-miss reputation associated with fracking that frightens environmentalists and activists, who say the country does not have the resources to monitor, analyze and shut down the companies using irresponsible procedures. Even if only one fracking procedure goes awry, what happens if it’s one situated by the Nile, such as the Dana Gas project in Kom Ombo?

“There will certainly be companies abusing the environmental procedures and cutting corners, making use of the current political disarray and weak regulation enforcements,” says Mika Minio-Paluello, a member of the London organization Platform, which monitors oil and gas companies.

Minio-Paluello is now based in Egypt to help monitor the technique here. “In the US, you could take legal cases, but here the legal framework is fragile, and environmental issues are low priority at best.”

But are the legal procedures required through national environmental bodies, namely the Egyptian Environmental Affairs Agency (EEAA), really that weak when it comes to oil and gas drilling?

Mahmoud Shawky is a leading member of the department that oversees the environmental impact reports at the agency, and looks at documents required to obtain drilling permits. He says oil and gas monitoring appears to be one agency sector that fights particularly hard to efficiently regulate drilling.

But after inquiring about highly technical procedures, with terminology such as hydraulic fracturing and some of the extremely complex chemical names used, such as 2,2-dibromo-3-nitrilopropionamide — often justified by saying they are the same ingredients in household items — there seems to be plenty of room to cut corners.

The EEAA soon after told Egypt Independent that it would hold meetings with the Petroleum Ministry and the Egyptian Natural Gas Holding Company early next week to discuss the issues and close potential loopholes.

In some rare cases, such as with Shell’s latest Western Desert project, the EEAA has admitted EIPR — which asked to see the report — did not yet receive finalized assessment reports, and that they have been lost in the process, which involves a cycle between the Petroleum Ministry, EGAS, the EEAA, and oil and gas companies.

“It’s the room for loopholes in regulations that we are mainly worried about,” says Labib, who, in the meantime, is setting up traveling campaigns to raise awareness about fracking sites like Dana Gas in Kom Ombo, as well as general awareness campaigns in Cairo. “People need to be warned and made aware to draw a link to the drilling if they start falling ill or finding their crops going bad.”

In addition to the environmental concerns surrounding the controversial procedure, fracking is also extremely expensive, leading many environmentalists to wonder why this same money is not poured into investing in an alternative. But this aside, when it comes to fracking, nobody is pointing any fingers — yet.

“It’s a two-sided issue,” explains Labib. “We need to make sure that if Egypt is going to keep fracking, that the enforcement agencies are capable to monitor activities carefully. But on the other hand, we also need to ensure that gas and oil companies in Egypt are being responsible and honest with their applications, and not abusing our weak regulations.”

Meanwhile, EIPR is maintaining its demand for a moratorium on fracking until these issues are formally addressed.

“When it comes down to it, really, what’s more important: gas and oil, or water?” Labib says. 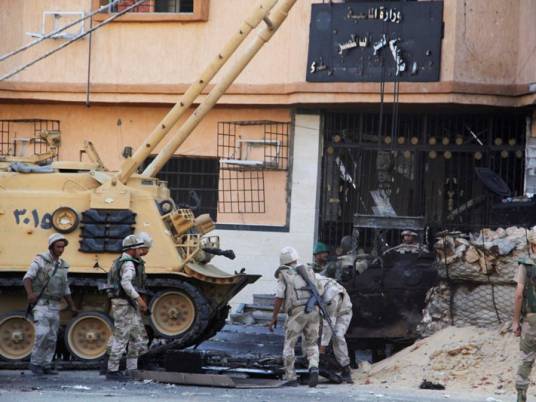 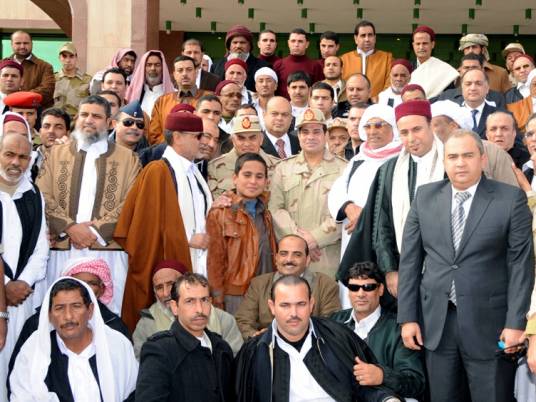