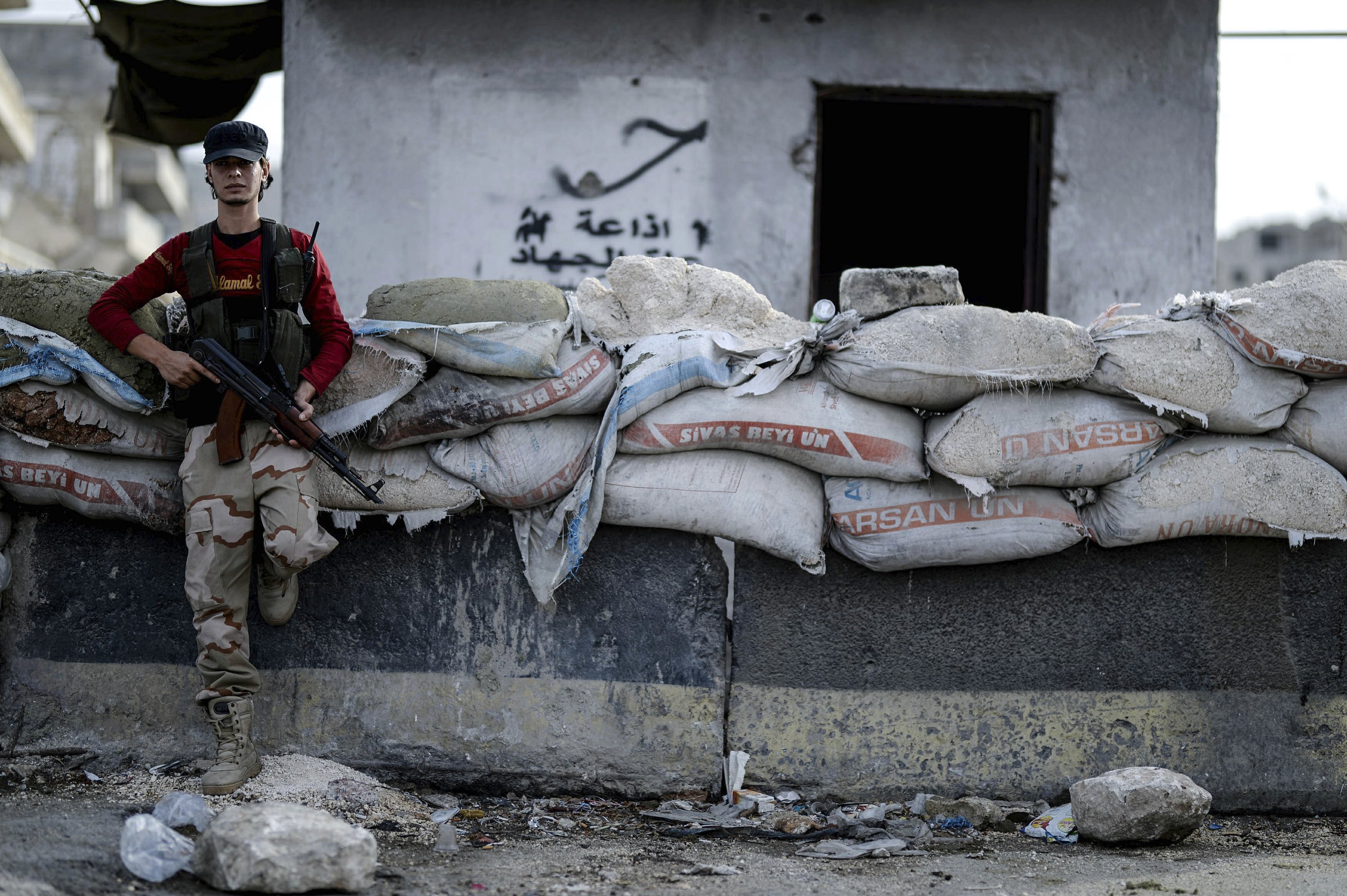 The alarming violence in the Idlib region threatens to unravel a truce reached between Turkey and Russia last year that averted a bloody assault by the government to retake the province, the last major rebel stronghold in war-torn Syria. The escalation raises fears once more of a major assault by the forces of President Bashar Assad.

Idlib has been in the hands of opposition forces for years, even as Assad’s military has succeeded in retaking other rebel enclaves one after the other. The province is now home to some 3 million people, many of them displaced from other former opposition territory. Earlier this year, al-Qaida-linked militants took over the province, squeezing out most other factions after clashes with Turkey-backed opposition fighters.

Since then, government forces have intensified airstrikes and bombardment of Idlib towns. Since mid-February, some 100,000 people have been displaced, largely by government bombardment, and have fled to villages deeper in rebel-held territory, according to the Britain-based Syrian Observatory of Human Rights. The group said that around 140 people, including 69 civilians, have been killed.

The mounting violence points to how Syria’s nearly 8-year-long civil war still has the capability to burst once more into major bloodshed. The focus of the U.S. and other countries has been on defeating the Islamic State group, which once held eastern and northern Syria, and Assad’s conflict with his opponents has quieted in recent months after government victories and the truce. But the root of that conflict remains.

The militants, from an al-Qaida-linked group called Hayat Tahrir al-Sham, or HTS, Arabic for the Levant Liberation Committee, have also stepped up their attacks — in retaliation, they say, for the government bombardment.

In the early hours of a cold morning earlier this month, militants attacked several Syrian army positions and checkpoints on the edge of Idlib in the village of Masasneh, killing nearly two dozen soldiers — one of the most serious attacks on government forces since the truce reached in September. The attack triggered hours of fighting and bombardment that killed and wounded dozens of insurgents.

The Syrian Foreign Ministry warned afterward that the military was in “full readiness” to deal with repeated violations of the truce.

Russia, which backs Assad, and Turkey, which supports opposition factions, put together the truce in September. They agreed to establish a 15-20 kilometers (9-12 miles) deep demilitarized zone in Idlib in which they said militants will not have a presence. The deal also offered the Syrian government and Russia one of their main demands — opening two key highways that pass through Idlib and link northern Syria with Damascus and other cities. But neither provision was implementing despite a deadline for opening the roads by the end of 2018.

Still, the truce has been vital to keeping a degree of calm and preventing an all-out battle for Idlib that could be extremely bloody and drag in Russia and Turkey.

The U.S. deputy ambassador at the United Nations, Jonathan Cohen, last month expressed American concern over the increase in government airstrikes and other violence in Idlib.

“Terrorism cannot be used as a pretext for targeting civilians,” he said in a reference to al-Qaida-linked group’s control of the area. “Any major military operation in Idlib would be a reckless escalation of the conflict and would result in a humanitarian catastrophe far beyond what we’ve witnessed.”

The main immediate aim of the government operations appears to be to eventually force open the key highways crossing though Idlib — the M5 that links southern and northern Syria and the M4 that links the coastal city of Latakia with the northern city of Aleppo, said Akram al-Ahmad, a Turkey-based Syrian opposition activist who heads a monitoring group called the Syrian Press Center.

The towns most targeted by government bombardment have been Khan Sheikhoun, Saraqeb and Maaret al-Numan, which control the M5 highway.

The leaders of Russia and Turkey held another summit in mid-February after which both leaders said there will be no offensive by Syrian government forces on Idlib and promised to work together to prevent the province from becoming a “stronghold of terrorists.”

On Friday, Turkey’s defense minister said Turkey and Russia will begin patrols in the demilitarized zone in Idlib — though violence continued over the weekend despite some patrols.

Turkey has struggled to rein in HTS.

According to al-Ahmad and Rami Abdurrahman who heads the Observatory, there appears to be a split within HTS. On one side is its leader Abu Mohammed al-Golani, who has gotten closer to Turkey, and on the other is an Egyptian religious figure in the group known as Abu al-Yaqzan al-Masri, who represents hard-liners in HTS opposing Turkey’s role. Al-Masri defected from the group in February along with other hard-liners.

Another militant group in Idlib, Horas al-Din, is also resisting the Turkish mediation. The group, made up mostly of non-Syrian al-Qaida-linked fighters, rejected the demilitarized zone, calling it a “great conspiracy.”

The Syrian government has repeatedly vowed that its forces will eventually retake the whole country.

The government “is determined more than ever to regain control of its land and liberate from terrorism and illegitimate foreign presence,” said the Syrian ambassador to the United Nations, Bashar Ja’afari.

Photo: a Syrian opposition fighter at a checkpoint in Idlib on 13 October 2018

Some 20,000 Iraqis could return from Syria in weeks: Red Cross