BEIRUT (AP) — Mustafa, a 21-year-old Syrian in Turkey, was at the shoe factory in Istanbul where he worked making army boots when three policemen stormed in, asking if everyone had their papers. He and three other Syrian refugees did not.

Within a day, Mustafa and a busload of other refugees would be driven to Turkey’s southern border and forced to go back to their war-torn country.

“They told us things like, ‘Don’t come back to Turkey’ and ‘Go liberate your country’. Things like that,” Mustafa recalled, speaking by phone to The Associated Press from his hometown of Salqin in the opposition-held Syrian province of Idlib. He asked that his full name not be published, fearing for his safety.

Mustafa is among hundreds of Syrian refugees who have been detained and reportedly forcibly deported to Syria in the past month, according to accounts by refugees to the AP. The expulsions reflect rising anti-refugee sentiment in a country that once flung open its borders to millions of Syrians fleeing civil war. 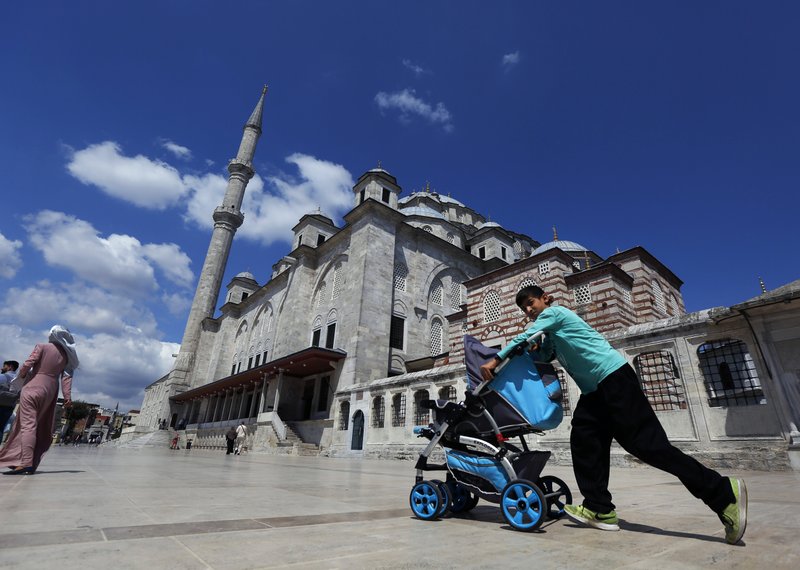 A Syrian boy pushes a pram past the Fatih Mosque in Istanbul, Turkey’s most populous city which hosts the largest number of registered Syrian refugees, nearly 548,000. (AP Photo/Lefteris Pitarakis)

For weeks, Turkey has been carrying out a campaign to re-inforce its rules requiring Syrian refugees to stay in cities where they are registered with the government. Accounts by Mustafa and other Syrians suggest that along with that campaign, some unregistered refugees are being forced out of the country. The AP interviewed six Syrians who said they were among large groups deported to Syria in the past month.

The Turkish government categorically denies claims of forced deportations for registered and unregistered Syrians, saying only voluntary returns are allowed. Turkey is bound by an international law that protects against return to a country where a person faces persecution.

“I am officially denying such claims, it is not possible,” said Ramazan Secilmis, an official with the Directorate General of Migration Management. He said 337,000 Syrians have voluntarily returned over the course of the war to Turkish-controlled zones in northern Syria.

But in a report late last month, Human Rights Watch accused authorities of detaining and coercing Syrians into signing “voluntary return forms” before returning them to danger. It called on authorities to protect the basic rights of all Syrians regardless of registration status. 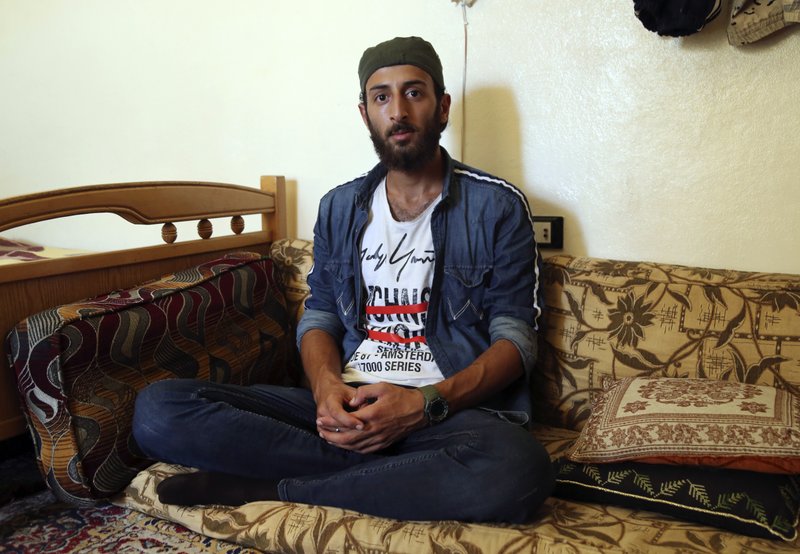 Abdullah Abdullkader, a 27-year-old Syrian refugee, was deported back to Syria from Turkey. (AP Photo)

There are no statistics on those forcibly returned. The Bab al-Hawa crossing — one of several crossings run by Syrian opposition authorities — saw 6,160 deportees from Turkey in July, a 40 percent jump from the month before, according to an infographic on the crossing’s official Twitter page. It did not elaborate on the circumstances of the deportations.

Asked by the AP if it was aware of any forced deportations, the U.N. refugee agency’s Turkey spokesperson Selin Unal said in an emailed statement that it was “following up on a number of reported cases” related to unregistered Syrians. Unal said it “could not confirm that large numbers” of registered refugees had been returned to Syria. 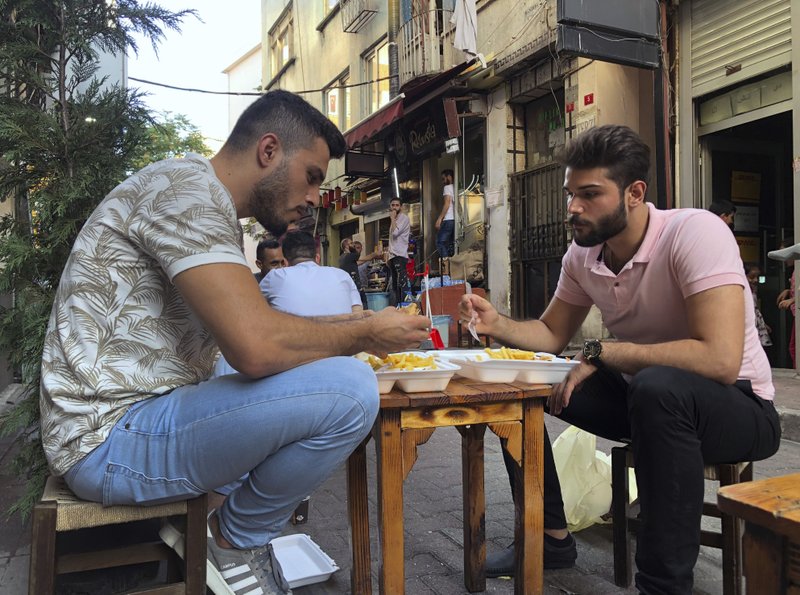 Two Syrian young men, Yousef Abbas and Fadi Farousi, grab a quick meal at a street in Istanbul, which is home to the largest number of registered Syrians, nearly 548,000. (AP Photo/Mehmet Guzel)

“UNHCR’s priority is that persons in need of international protection continue to benefit from this protection,” the statement said.

Turkey opened its borders to Syrians in April 2011 and is currently home to 3.6 million who fled the civil war, now in its ninth year.

But as Turkey suffers an economic downturn and rising unemployment, calls among Turks for Syrians to go home are growing. Analysts say rising resentment against Syrians was one reason President Recep Tayyip Erdogan’s ruling party lost the race for mayor of Istanbul in June.

An opinion survey conducted by the PIAR research center last month showed that 82.3% of the respondents agreed with the statement: “All Syrians must be sent back, I don’t like the government’s policy.” The research was conducted with 2,460 people in 26 provinces.

Under Turkey’s system, Syrians register with the government and obtain “temporary protection” status, receiving an ID card known in Turkish as a “kimlik.” The ID card allows refugees to obtain permission to work. But they are required to remain in the specific province where they obtain their registration. 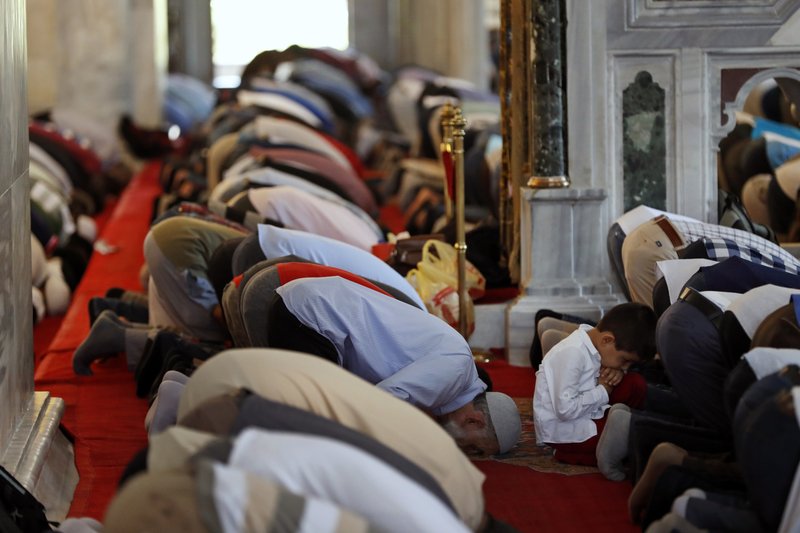 A Syrian refugee boy prays along with the men at the Fatih Mosque in Istanbul. (AP Photo/Lefteris Pitarakis)

Istanbul, Turkey’s most populous city — which hosts the largest number of registered Syrians, nearly 548,000 — stopped accepting new registrations last year, with authorities insisting it cannot absorb any more. But many Syrians from elsewhere have flocked to the city over the years for work.

In July, Istanbul’s governor gave all Syrians not registered in Istanbul a deadline to leave the city or be forcibly removed. The deadline was initially supposed to run out on Tuesday, but Interior Minister Suleyman Soylu told Haberturk television late on Tuesday that it had been extended for two months, until Oct. 30.

However, even for weeks before the initial deadline, police have been doing frequent checks on Syrian IDs.

Mustafa, who had come to Turkey in 2017 and was not yet registered, was caught in one of those checks.

He said he had been trying in vain to obtain a “kimlik” in Istanbul. Finally, a week before his arrest, he found a lawyer who could arrange one in the nearby city of Bursa. Mustafa did the application, and the lawyer told him to come on Monday, July 22 to Bursa to obtain the ID card.

But the police raid came the preceding Friday. Mustafa and the two other unregistered Syrians in the workshop were piled into a bus that quickly filled with other Syrians. At a nearby police station, they were ordered to sign papers in Turkish, which they could not read. 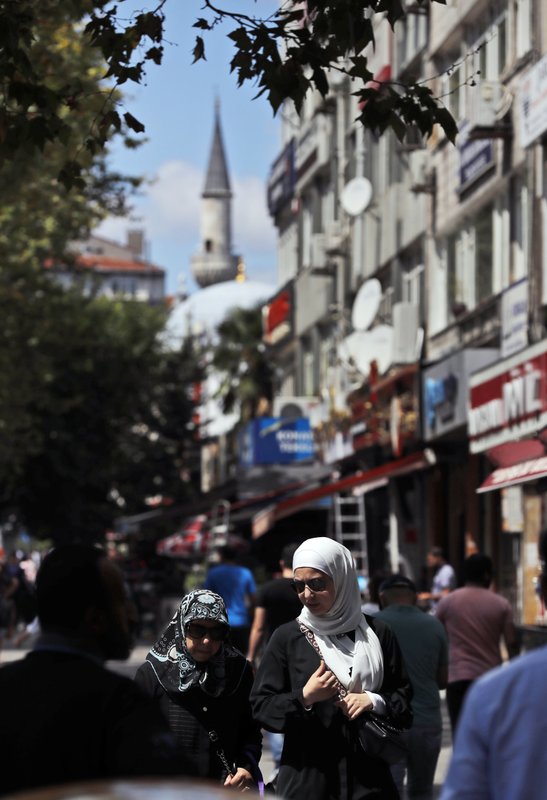 A street scene in the Istanbul neighborhood of Aksaray, where many Syrian refugees live. (AP Photo/Lefteris Pitarakis)

Mustafa said they were then taken to a larger police station, where they were handcuffed and put on a bus with other Syrians. They were driven for 24 hours to the border province of Hatay, where they were dropped off at an informal crossing into Syria.

Now back in Idlib, Mustafa is searching for a way to support his mother and sisters. “It is very difficult and I take care of a whole family,” he said. “There is war here. Nothing else.”

Abdullah Abdulkader, a Syrian who was working at a laundry in the southern city of Gaziantep, was with two Syrian friends heading to get dinner when police asked for their IDs.

The 27-year-old said he had registered four months ago but had still not received the “kimlik.” When he told the officer he did not have it, he was slapped, handcuffed and detained in a car for seven hours. He and several other Syrians were taken by bus to the southern city of Antakya, where they spent the night at a police station without food or drink.

The next day, he was given a choice: pay a fine equivalent to $644 and spend three months in jail, or be deported. He chose deportation.

He then had to sign a number of documents in Turkish which he was told said he could not return to Turkey for the next five years. Another document which he shared with the AP had Arabic translation. It affirmed that he is voluntarily returning to Syria even after he was informed by authorities about the security situation in his country.

Abdulkader, now in the northern Syrian town of Afrin, says he never wants to go back to Turkey.

“We went there and got deported. What more humiliation can there be?” he said. “I will search for work and will find work here.” 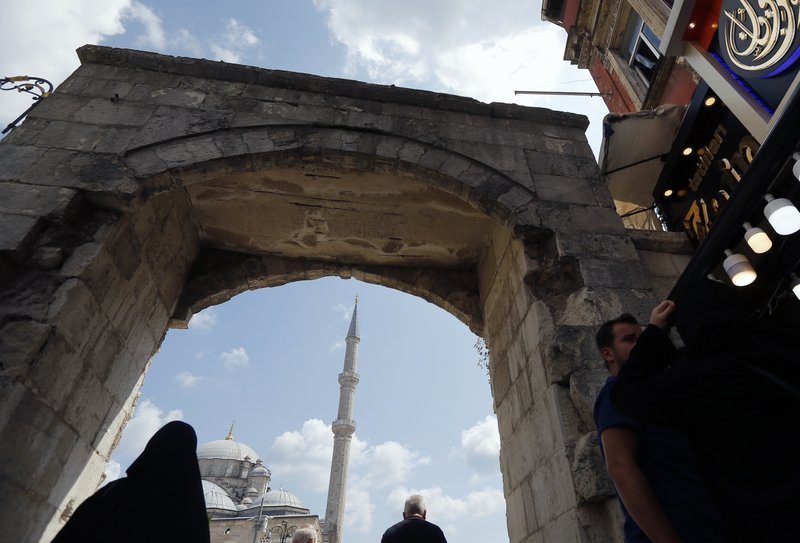 The Fatih Mosque in Istanbul is named after the Ottoman ruler Fatih Sultan Mehmed who conquered Constantinople in 1453. (AP Photo/Lefteris Pitarakis)

In Istanbul, some Syrians are hiding from the intensified controls.

Yousef Abbas, a 26-year-old from Aleppo, is registered in the city of Izmir but works in Istanbul’s vast tourism sector. “I am afraid. I don’t go out. Why? Because I would get caught,” he said earlier this week.

If he goes back to Izmir, he would be separated from his wife and children, registered in Istanbul.

Didem Danis, president of Association for Migration Research in Istanbul, said that in the first years of the Syrians’ arrival, “there was quite a positive attitude toward the newcomers.”

“But this has been going down throughout the years, and in the last two years especially as the Turkish economy goes down.”

Mohammad Wael, a Syrian from Damascus who is registered in Istanbul, works in a kebab shop in the city’s “Little Syria” district. He calls the treatment of Syrians “unacceptable.”

“Syrians are like the Turks, both are human beings and both are Muslims.”