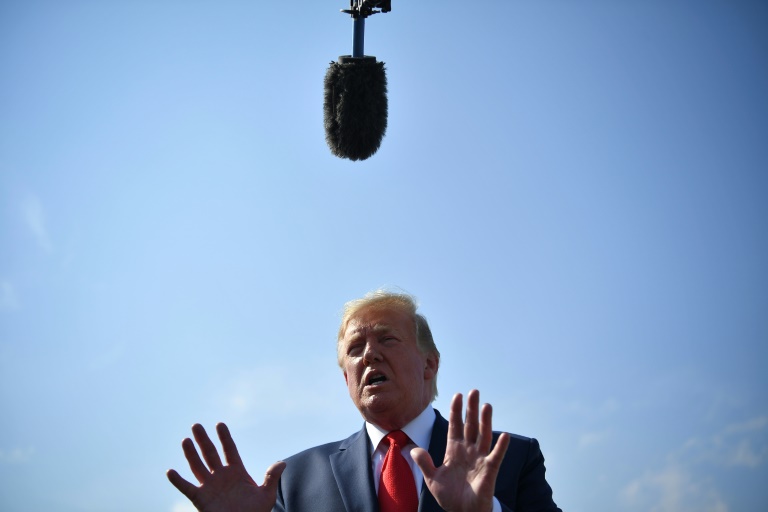 President Donald Trump is gearing up for a fresh assault on Silicon Valley this week with a “social media summit” — inviting conservative critics of Big Tech but excluding the big online platforms themselves.

The White House offered few details on its gathering set for Thursday with “digital leaders” to discuss the “opportunities and challenges of today’s online environment.”

But it comes with Trump stepping up his claims of “bias” by online platforms, contending that they suppress conservative voices despite his own large social media following.

Facebook confirmed Monday it was not invited to the White House event. Twitter offered no comment but several media reports said it too was excluded from the event.

But among those invited included the founder of Project Veritas, an activist group which claims to have infiltrated tech firms to back up claims of bias, according to an email from the organization.

The Washington Post reported that other activist groups whose online reach has been restricted were also on the guest list.

That included PragerU, which promotes videos highlighting Islamic violence, and TurningPoint USA, which alleges that US colleges advance left-wing interests.

Political cartoonist Ben Garrison, a Trump supporter who has questioned the ethnic origin of Senator Kamala Harris, a presidential candidate, announced on Twitter he was attending.

The gathering comes amid a wave of criticism of Big Tech from Trump and his allies, but also from other critics who claim the online giants have become too big and with social platforms struggling to clamp down on abusive speech.

Technology firms have roundly rejected any claims of political bias, arguing that would be bad for business.

Without the tech platforms, Thursday’s event is “less of a summit and more of a complaining festival,” said Adam Chiara, a University of Hartford professor of communication.

“A summit usually involves parties talking about how to reach a goal or discussing ways to meet objectives. That will be hard for President Trump to do without having the mega social media platforms there.”

Daniel Castro, vice president of the Information Technology and Innovation Foundation, a think tank focused on the tech sector, said events like these could make it more difficult for social media to filter out inappropriate content.

“If this is just a gathering of pro-Trump social media influencers, then it makes sense that the platforms do not attend,” Castro said.

“But participating in a White House function gives some of these more eccentric characters a veneer of legitimacy. This might make platform moderators think twice about deactivating one of their accounts if it is flagged for inappropriate content.”