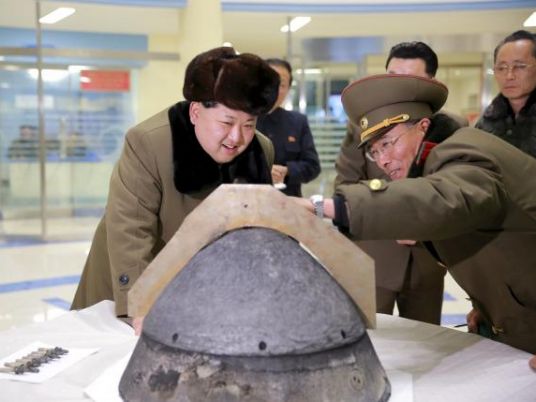 North Korea attempted to fire a missile from its east coast early on Tuesday but the launch appears to have failed, South Korean officials said, in what would be the latest in a string of unsuccessful ballistic missile tests by the isolated country.

The launch attempt took place at around 5:20 a.m. Seoul time, said the officials, who asked not to be identified, without elaborating.

Tension in Northeast Asia has been high since North Korea conducted its fourth nuclear test in January and followed that with a satellite launch and test launches of various missiles.

"We have no reports of any damage in Japan. We are gathering and analyzing data. The defense ministry is prepared to respond to any situation," Japanese Minister of Defence Gen Nakatani told a media briefing.

"North Korea shows no sign of abandoning the development of nuclear missiles and so we will continue to work closely with the US and South Korea in response and maintain a close watch on North Korea," Nakatani said.

South Korea's Yonhap News Agency said it appeared North Korea had attempted to launch an intermediate-range Musudan missile. North Korea attempted three test launches of the Musudan in April, all of which failed, US and South Korean officials have said.

Yonhap quoted a South Korean government source as saying the missile was likely to have exploded at about the time it lifted off from a mobile launcher.

The flurry of weapons technology tests this year came in the run-up to the first congress in 36 years of North Korea's ruling Workers' Party early this month, where young leader Kim Jong Un further consolidated his control.

Tuesday's attempted launch appears to have been its first missile test since then, and experts have said it was unusual to test-fire a missile so soon after a previous failure.

North Korea has never had a successful launch of the Musudan missile, which theoretically has the range to reach any part of Japan and the U.S. territory of Guam.

North Korea is believed to have roughly 20 to 30 Musudan missiles, according to South Korean media, which officials said were first deployed in around 2007.

"It could have cracks and something wrong with the welding," Lee said of possible causes for the latest failure. "But deployment before test-firing these to complete development seems unusual."

The attempted launch took place near the east coast city of Wonson, one of the South Korean officials said, the same area where previous Musudan tests had taken place.

There was no indication of any link between the latest failed missile launch and Ri's visit to China.

China is reclusive North Korea's only major ally but has been angered by Pyongyang's nuclear and missile tests and signed up to tough UN sanctions against the reclusive country.

Ri was North Korea's foreign minister until he was named a member of the politburo during the recent Workers' Party congress.