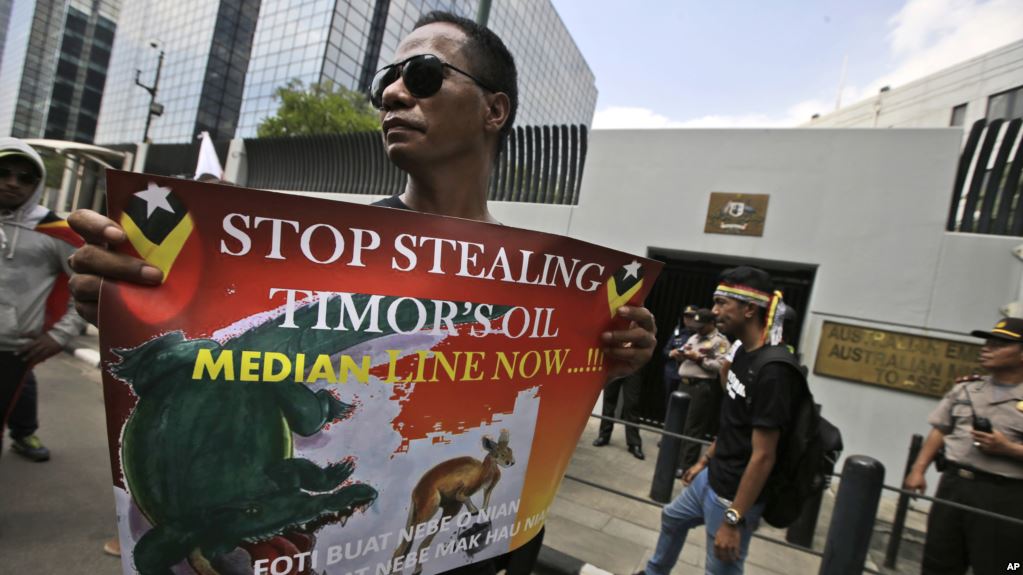 Australia and East Timor have reached a breakthrough agreement on a maritime border, ending a decade-old row between the two nations that has stalled a $40 billion offshore gas project.

The Permanent Court of Arbitration in The Hague announced on Saturday that the neighboring countries had reached an agreement “on the central elements of a maritime boundary delimitation between them in the Timor Sea” – but that details would remain confidential until the deal was finalised.

Arbitration began last year and the talks, hosted by Denmark, resulted in a deal on Aug. 30.

The countries agreed to establish a special regime for the Greater Sunrise field, paving the way for its development and the sharing of the resulting revenue, the court said in a statement.

“Until all issues are resolved, the details of the Parties’ agreement will remain confidential,” the statement said.

“Nevertheless, the Parties agree that the agreement reached on 30 August 2017 marks a significant milestone in relations between them and in the historic friendship between the peoples of Timor-Leste and Australia.”

The leader of East Timor’s delegation, chief negotiator and former President Xanana Gusmão, hailed the agreement as a historic moment which would mark the beginning of “a new era in Timor-Leste’s friendship with Australia”.

“I thank the Commission for its resolve and skill in bringing the Parties together, through a long and at times difficult process, to help us achieve our dream of full sovereignty and to finally settle our maritime boundaries with Australia,” Gusmão said.

Timor, a former Portuguese colony, has struggled to develop as an independent nation since a violent break from occupying forces from Indonesia in 1999. Gas reserves, once claimed by Australia, is a key to its economic future.

The fields are estimated to hold 5.1 trillion cubic feet (144 billion cubic meters) of gas and 226 million barrels of condensate, which analysts have estimated could be worth $40 billion.

The existing maritime boundary is aligned with Australia’s continental shelf, but East Timor has long argued the border should lie half way between it and Australia – placing much of the Greater Sunrise fields under its control.

Australia had previously resisted renegotiating a permanent border but under pressure from the United Nations has agreed to enter talks with East Timor.

Australia Foreign Minister Julie Bishop said the agreement was a “landmark day” in the relationship between Timor-Leste and Australia.

“This agreement, which supports the national interest of both our nations, further strengthens the long-standing and deep ties between our governments and our people,” Bishop said.

Australia earlier this year agreed to allow East Timor to terminate an oil revenue sharing treaty between the two countries, while earlier treaties that govern production remain in place.

East Timor withdrew legal proceedings it launched over the past few years against Australia challenging the validity of the Treaty on Certain Maritime Arrangements in the Timor Sea, to advance the conciliation process, a joint statement said in January.

Having reached an agreement, the two countries will continue to meet with the commission in order to finalize talks in October.

The commission said the countries’ will now begin to engage with other stakeholders in the Timor Sea regarding the implications of their agreement, “in particular with respect to the Greater Sunrise resource”.

7 Alexandria lawyers on trial over Tiran and Sanafir protests

Tiran and Sanafir to be located within Saudi territories without handover ceremony: Sources

Sisi between referendum and Constitutional Court