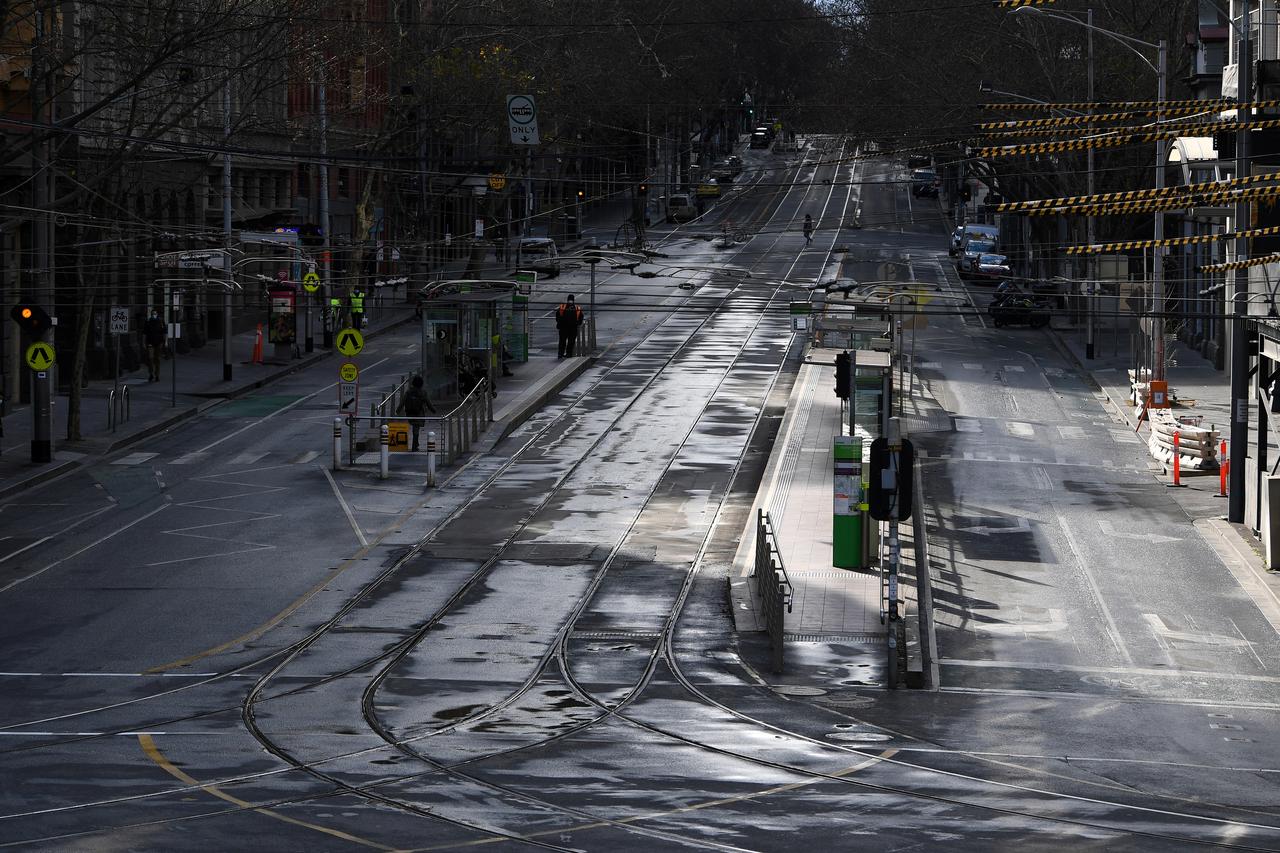 SYDNEY (Reuters) – Australia recorded its deadliest day of the coronavirus pandemic on Wednesday and the biggest daily rise in infections in three days, denting hopes that a second wave gripping the state of Victoria may be stabilizing.

Victoria reported 21 deaths – two more than the previous deadliest days earlier this week – and 410 new cases in the past 24 hours, ending a run of three consecutive days with new infections below 400.

Victorian Premier Daniel Andrews said that while the number of cases were trending down, the impact of the strict new lockdown measures was yet to show up in the case numbers.

“We all know that a week is not the life cycle of this virus … and our experts remain firm in the view that this will drive the numbers down,” he told reporters.

Only Victoria and the country’s most populous state, New South Wales (NSW), reported fresh COVID-19 cases on Wednesday, with a total of 428 infections detected in the past 24 hours.

The virus has been effectively eliminated outside of Victoria and NSW.

Authorities in NSW are scrambling to trace infections linked to a new cluster at a school in Sydney, which has raised fears of more widespread community transmission than previously known in the country’s biggest city.

“We’ve given certainly a grace period for businesses, for organizations, for different establishments to step up their COVID safe plans and if they don’t do that we will have to go a step further,” Berejiklian said at a media briefing.

Australia has reported just over 22,000 infections and 352 deaths from the virus, far fewer on a per capita basis than many other developed countries.

Image: FILE PHOTO: Medical personnel in personal protective equipment (PPE) are seen at a pop-up testing centre for the coronavirus disease (COVID-19), as the state of New South Wales grapples with an outbreak of new cases, in Sydney, Australia, July 30, 2020. REUTERS/Loren Elliott