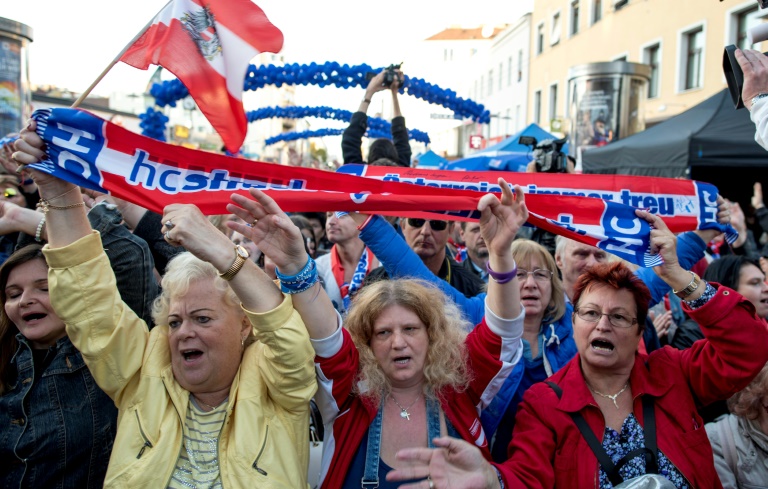 Austrians vote Sunday in a snap election tipped to see conservative Sebastian Kurz, 31, become the EU’s youngest leader and form an alliance with the far-right, in the bloc’s latest populist test.

A rightward shift in the wealthy European Union member of 8.75 million people would be a fresh headache for Brussels, as it already struggles with Britain’s decision to leave and the rise of nationalists in Germany, Hungary, Poland and elsewhere.

But all signs indicate that Austrians, fed up with a record influx of asylum-seekers, want to swap the gridlocked centrist rule for a more hardline government for the first time in a decade.

The People’s Party (OeVP) — rebranded by the fresh-faced Kurz as his personal “movement” — is projected to reap over 30 percent of the vote with pledges to go tough on migrants and easy on taxes.

The “whizz-kid” is likely to form a coalition with the eurosceptic Freedom Party (FPOe), forecast to place second or third with at least 25 percent, polls suggest.

Founded by ex-Nazis, the FPOe almost won the presidency last year and topped opinion polls before Kurz stole votes with his radical OeVP makeover in spring.

FPOe chief Heinz-Christian Strache, 48, railed against asylum-seekers and vowed to stop Austrians from “becoming a minority in our own homeland”, at a rally late Friday.

Meanwhile embattled Chancellor Christian Kern, 51, and his once-mighty Social Democrats (SPOe) could be flushed into opposition after their promising campaign was decimated by blunders and scandals.

Open hostility between the ex-railway chief and Kurz also makes any new attempt at ruling together seem unlikely.

Kern, in office since last May, issued a final warning Saturday against a right-wing alliance, saying “Austria was at the most important crossroads in decades”.

The OeVP and FPOe already shared power between 2000 and 2007. At the time the alliance with the far-right -— then led by the late, SS-admiring Joerg Haider —- sparked protests and ostracised Austria.

But its return may not trigger the same backlash now that nationalists have gained ground across Europe.

Some 6.4 million people are eligible to vote in Sunday’s closely-watched ballot. Polls will open at 0400 GMT and close at 1500 GMT, with first estimates expected shortly afterwards.

The early parliamentary election was triggered after Kurz became OeVP chief in May and ended the bickering “grand coalition” with the Social Democrats.

For his turquoise movement, he drew young candidates from outside politics and vowed to put “Austrians first” again.

“The way Kurz goes about things is what has captured people’s minds.”

As foreign minister, Kurz claims credit for closing the so-called western Balkan migrant route in 2016, earning him praise at home.

Experts say their union could turn Austria into a tricky partner for the bloc.

Vienna will hold the EU’s presidency in the second half of 2018, just when Brussels wants to conclude Brexit talks in March 2019.

Strache thinks Britain “will probably be better off after Brexit” and pushes for closer ties with eastern and central European countries.

“The Freedom Party as a government partner will not make a good impression in Europe (and) Kurz is aware of that,” commented Der Standard newspaper on Saturday.

“But the question is whether there is any getting around Strache after this election.”

Many Austrian voters still undecided ahead of election: poll